‘I give a lot more than goals’: Daniel James insists he should not be judged by his strike rate after Manchester United winger ends 32-game drought in victory over LASK

By Tom Caldon For Mailonline

Manchester United winger Daniel James is determined to score more goals before the end of the season, but he believes he shouldn’t be judged solely on his strike rate.

James made a flying start to his Manchester United career, registering three goals in his opening four Premier League matches, yet he went seven months without scoring after the 1-1 draw with Southampton in August. 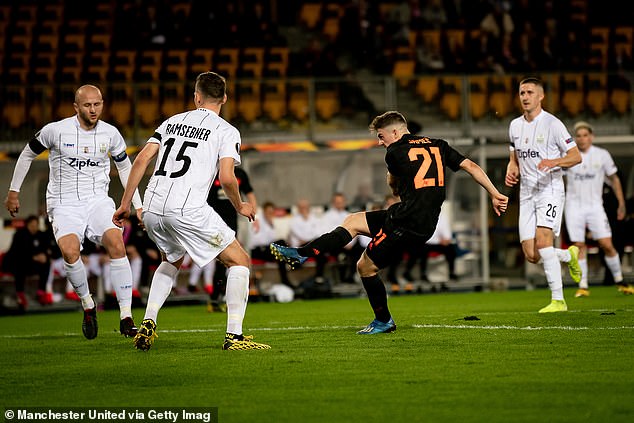 ‘It is nice to score. Maybe I haven’t scored as many goals as I wanted to recently,’ James told MUTV. ‘I got off to a good start but recently it has not been at the standards that I have wanted to be.