UEFA has taken the decision to postpone the men’s and women’s Champions League finals and the Europa League final due to the ongoing health crisis in Europe.

Istanbul was set to host the men’s Champions League showpiece on May 30, while the Europa League final was due to take place on May 27 at Gdansk.

‘UEFA has formally taken the decision to postpone the club finals originally scheduled for May 2020,” a statement read. 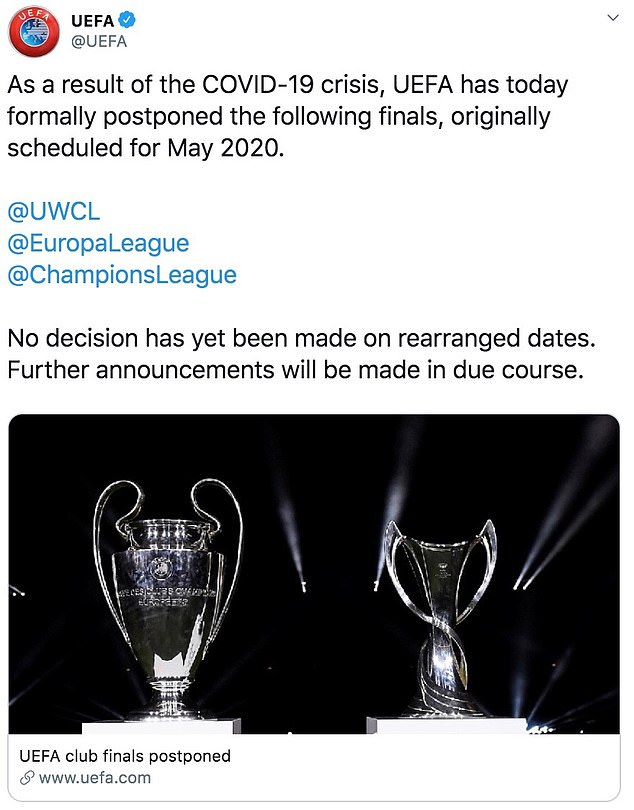 ‘No decision has yet been made on rearranged dates. The working group, established last week as a result of the conference call among the stakeholders of European football, which was chaired by UEFA President, Aleksander Ceferin, will analyse the options available.

‘The group has already begun its examination of the calendar. Announcements will be made in due course.” 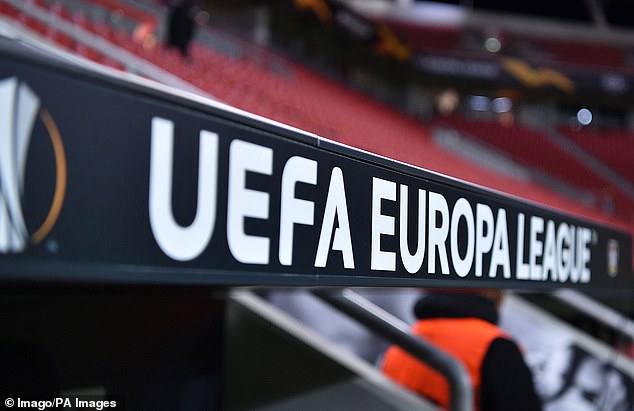