Marcus Rashford admits it would have been a ‘dream’ to play alongside Paul Scholes for Manchester United: ‘The biggest thing for me is range of passing… as a forward it’s all you want’

By Jeorge Bird For Mailonline

Marcus Rashford has admitted that it would have been a ‘dream’ to play alongside Paul Scholes for Manchester United.

The pair missed out on the chance to play alongside each other by three years, with Scholes retiring for the second time in 2013 and Rashford making his senior debut in 2016.

Rashford and Scholes were both guests on the Official Manchester United podcast and the striker admits he would have benefited from the former midfielder’s impressive passing range.

Wayne Rooney and Michael Carrick are the players he lined up with who are most similar to Scholes, Rashford admitted.

Rashford told the podcast: ‘It would have been a dream to play with someone like Paul. The biggest thing for me is range of passing.

‘Probably the closest thing to that was when Wazza (Wayne Rooney) was playing a bit deeper and it was just so enjoyable to play as a number nine in those games, when he was playing in that position. 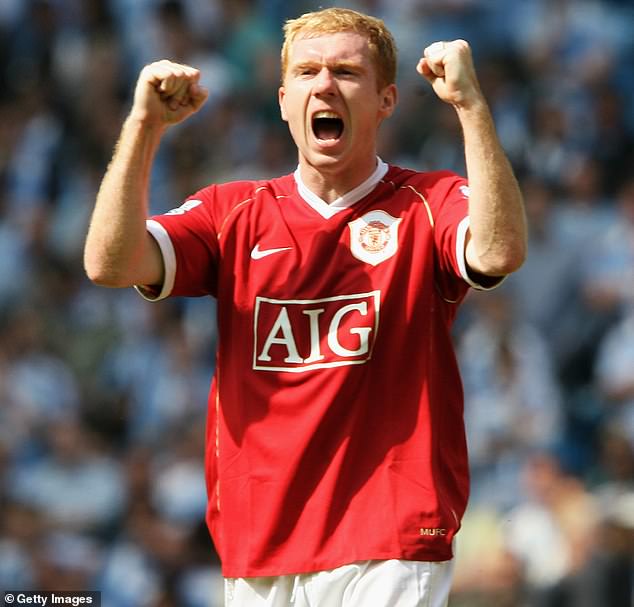 ‘It was similar with Carras (Michael Carrick) as well. As soon as they get the ball, they look forward and want to play forward, not only to feet but in behind a lot of the time. As a forward that’s all you want. As long as someone is seeing the passes and trying to make them, that’s what you thrive on.’

Like Rashford, Scholes featured for United at youth level before breaking into the first-team.

Across two spells with the club Scholes made an incredible 718 appearances, while he won a wide array of trophies, including eleven league titles.

Rashford has yet to win the league, but he has lifted silverware in the form of the FA Cup, the League Cup and the Europa League.

Despite being just 22 years old, he has already featured 201 times for United, scoring 64 goals.