First of all: how are you both? I know no one ever asks, so I thought it best just to check. After all, it must be so hard for you, stuck in Los Angeles in rented accommodation with only Ellen DeGeneres and Beyonce for company.

We all know how stressful moving house can be, and getting on the property ladder is never easy for a young couple like you.

All those million-dollar mansions with their terrible Californian decor to traipse around, not to mention all those tiresome non-disclosure agreements to organise (can’t have the pool guy shooting his mouth off), plus the constant worry that one of those clumsy British taxpayer-funded bodyguards might scald himself on your take-out coffee while protecting baby Archewell™ from marauding fans. I feel your pain.

Still, it must be so much better than being holed up in that dingy little cottage in Windsor (which all those pesky British taxi drivers and cleaners and nurses paid millions to have done up), next door to the aged relative who won’t even let you use the title she gave you, let alone give you permission to borrow Elton’s jet.

By the way, it was her birthday yesterday: 94, quite an age for a woman, maybe not something one necessarily wants to draw too much attention to.

Prince Harry and Meghan Markle are seen wearing masks in Los Angeles, US on April 17

P erhaps that’s why, in your characteristically selfless manner, you decided to draw the spotlight back on yourselves. You are right, of course, about the newspapers: it is unacceptable for millions of readers to want to know what’s going on in your lives.

I mean, honestly: just because they pay for your security, stumped up tens of millions for your wedding and bunged you a couple more to do up Froggers does not give them the right, does it?

But enough about you (for now). I suppose you may be wondering how we’re all doing back here in Blighty, which would be so typically kind and generous of you as it’s a well-known fact that you rarely think of yourselves these days, what with all the charity work and, of course, those elephants you’re so ‘connected’ with. Well, you know, it’s a bit up and down if I’m honest.

Not sure if you’re aware — although, Harry, I think you touched on it the other day in one of your insightful observations — but we’ve had a bit of a pandemic thing going on, quite serious really. I hate to be a downer, but rather a lot of people have been dying, and it’s not over yet.

So clever old you for distancing yourselves about 5,500 miles away behind high gates. As you can imagine, this nasty old virus is taking quite a toll on the morale of the nation, not to mention the economy — and not everyone has wealthy relatives with deep pockets who can support them in times of financial hardship. 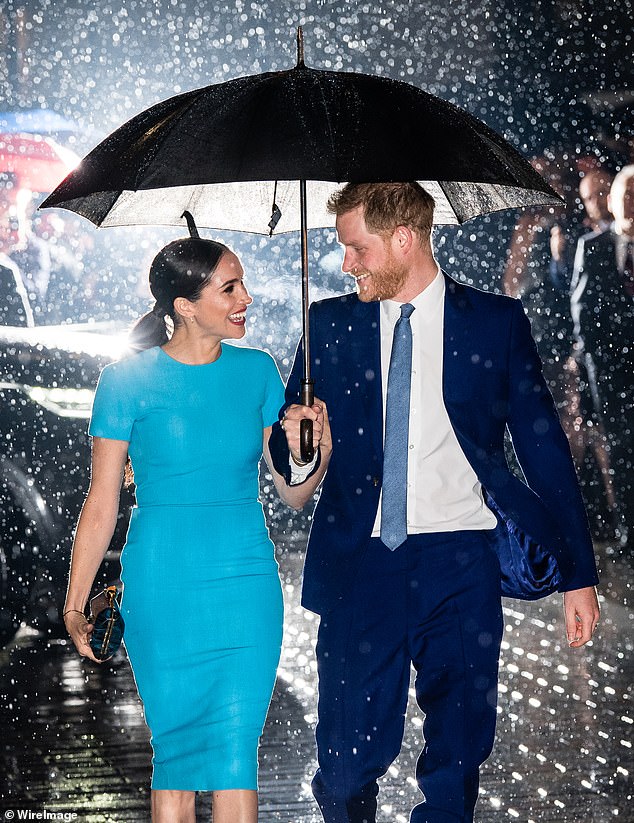 Speaking of which, Harry, your father and brother, not to mention your grandparents have been doing a sterling job of keeping the country’s pecker up. William and Kate even did a Zoom interview on the television the other day. Strange, really, since neither of them had anything to promote.

Anyway, there I must leave you. Do stay safe during these difficult times, and whatever you do, don’t worry about the people back home. Because, to be honest, we’re certainly not worried about you.

As Matt Hancock grapples with the headache of reaching his target of 100,000 coronavirus tests a day by the end of April, I have a thought.

I know of at least three private clinics in Harley Street offering testing to those who can afford it (currently the going rate for an antibody test is roughly £200).

Why not requisition these at cost price and redeploy them for front-line NHS workers?

My Ladyshave works on the dog

I’m as keen as any to start easing this lockdown for the sake of the economy, but I must confess that from a purely personal point of view, it’s actually proving quite a salutary experience.

I can see how much time and money I used to waste on things I thought I needed but which now, just four weeks on, I realise were completely superfluous to my existence. Such as:

1. Manicures. Seriously. Was I really spending 50 quid getting someone else to paint my nails? What a prat. The only downside to this is that I’ve developed a habit of filing my nails in front of the telly, something that is driving my husband slowly, but reliably, mad.

2. The gym. For the past few weeks, I’ve substituted my regular classes with long walks. Admittedly, my knees are slightly killing me. But I realise that paying a fortune to do in an airless, smelly room (and in the company of people half my age and dress size) what I can effectively do free in the sunshine is — or was — absurd.

3. Bottled fizzy water. Before lockdown, I used to drink gallons of the stuff. Now I can no longer get it, I’m using good old tap water again. I still crave the odd slug of San Pellegrino — but otherwise I’m saving a fortune both in cash and plastic. 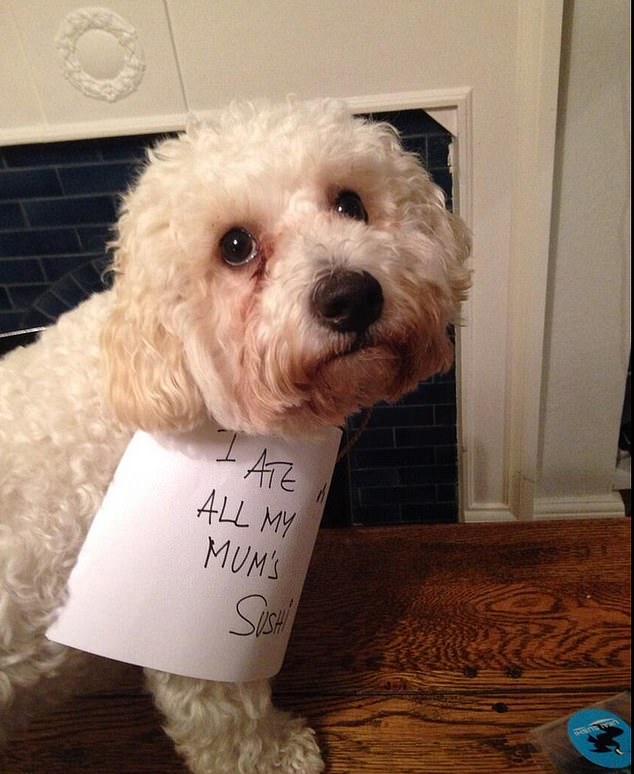 Sarah Vine’s dog Snowy is pictured above . Sarah Vine writes she will no longer need to pay for dog grooming after lockdown

4. Hair removal. A fortnight into the lockdown, I dug out my ancient ‘ladyshave’ and pressed it back into service. Granted, the results may not be entirely professional, but they’ll do — and in any case, I’m 53. No one’s checking that closely.

5. Dog grooming. I discovered last week that the ladyshave also works very effectively on small dog moustaches. Judge me if you like, but what can I say: needs must.

6. Make-up. After the initial ‘Have you got the virus?’ on a Zoom video chat, your face soon becomes normal without it. Although I still cannot bring myself to ditch the mascara.

7. Office gossip. Not that there is any at the moment. But you know what? Who cares.

8. Heels. Like an old boyfriend. Yeah, we used to have a thing but I’m way more comfortable without you in my life.

9. Shop-bought coffee. I think it was all about the ceremony of ‘going to get a coffee’, and the convivial multi-round. My cafetiere is just as good really and doesn’t rip me off.

10. Eyebrow threading. The one exception that proves the rule. I can’t pluck my own eyebrows, it’s too painful and I’m too blind anyway. I now look like a live action version of The Very Hungry Caterpillar.

One other advantage of the lockdown: street cocaine prices have tripled. On the one hand, this is good — fewer young people will have their lives ruined by the stuff.

On the other, it’s a worry: with supply lines drying up, dealers will be tempted to cut it with even more toxic chemicals. Perhaps more of a priority for the police than arresting sunbathers.

Given how much celebrities are relying on the internet to keep their starving egos alive at the moment, it’s hardly surprising social media is awash with narcissistic crazes.

Last week we had the #MeAt20 one, which gave our stars a chance to showcase their youthful insouciance. Now we have the ‘pillow challenge’. Not in any sense of the word an actual challenge of any kind, it requires the individual concerned to pose naked wearing an item of soft furnishing.

Of course, some of us could manage this without the need for an actual pillow. 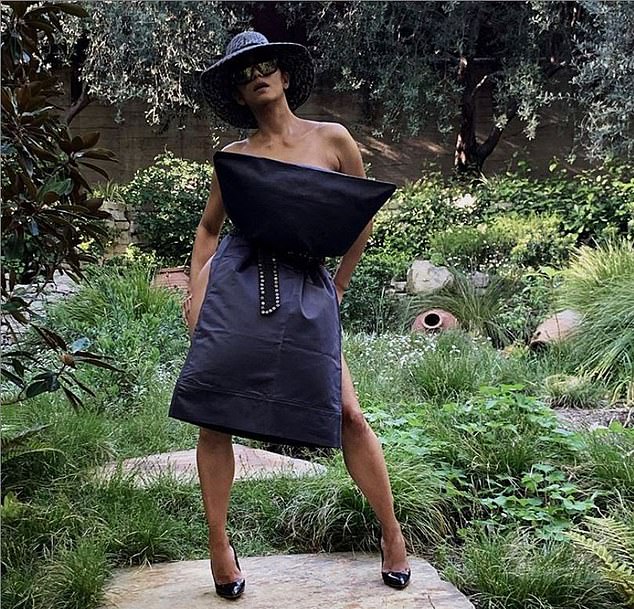 Richard Branson is a long-time tax exile. There is something about the fact that he is now proposing to use Necker Island (or Brass-Necker Island as it shall now be renamed) to try to help refinance Virgin that smells deliciously of sweet justice

Why most quiz geeks ARE blokes

This season’s final of University Challenge culminated in a resounding victory for Imperial College. It has been a characteristically thrilling series with some stand-out personalities, not least Monday night’s main rivals, Brandon ‘Scowler’ Blackwell, of Imperial, and Ian ‘Grandmaster’ Wang of Corpus Christi, Cambridge.

And yet all anyone seemed to care about — including, of course, the BBC, who hosted a tedious debate on the Today programme — was the fact that there were no women in the final.

This was presented as some kind of huge patriarchal conspiracy, when in fact we all know the truth: girls are far too cool to be on University Challenge. It is (and always has been) a show for super-geeks who by and large have an overwhelming tendency to be male. That is the absolute joy of it, and long may it remain that way.

The man who trained the Queen’s corgis — Roger Mugford — warns that pets who’ve grown used to having their humans at home 24/7 will suffer when life returns to normal.

He says they are building up a ‘huge reservoir of over-dependency’ and suggests ‘structured, short training periods of separation’ such as locking them in a room on their own for up to 30 minutes at a time.

Hmm. I wonder if that could also work for husbands?