Apple’s updated iPhone SE goes on sale today with a wallet-friendly starting price of £419 ($399 in the US).

Coming in the middle of the coronavirus lockdown in many countries, most of Apple’s stores are closed — except for those in China — so the new handset is only available to purchase online or through a mobile operator.

But at a time when many people are concerned about their financial futures and may find it hard to justify spending upward of £1,000 on one of Apple’s flagship devices, the iPhone SE is a welcome addition to the lineup.

The new handset is the spitting image of the iPhone 8, complete with glass front and back, 4.7-inch display, and a physical home button with an integrated TouchID fingerprint reader.

The iPhone SE is physically identical to the iPhone 8, with a glass front and back, 4.7-inch display, and a physical home button. It is water-resistant up to 3.2 feet for 30 minutes 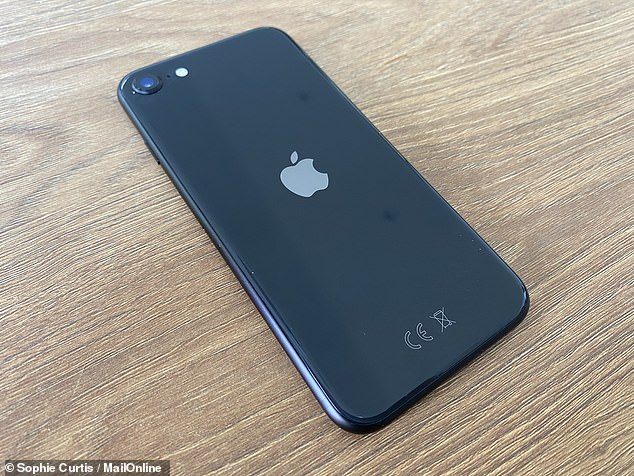 There is only a single-lens camera on the rear. However, Apple’s A13 Bionic chip supports advanced  ‘computational photography’, meaning you can create depth-effect photos

Powered by: A13 Bionic chip

Waterproof rating: Up to 1 metre (just over 3 feet) for 30 minutes

But Apple has made some important upgrades to bring the new iPhone SE into line with its latest iPhone 11 range, which launched in September 2019.

Namely, it has given it a brain transplant in the form of its A13 Bionic chip — the same one used in the iPhone 11 — which is Apple’s fastest processor yet and is built for efficiency.

This means the iPhone SE is not only faster than the iPhone 8 and has better battery life, but is future-proofed for the next few years of iOS updates.

Moreover, while the new iPhone SE only has a single-lens 12-megapixel camera like the iPhone 8 before it, the A13 chip enables it to carry out more ‘computational photography’, meaning you can create depth-effect photos using Portrait Mode.

This is not entirely new — the iPhone XR, which launched in 2018, was able to capture Portrait Mode shots with just a single lens too.

But this has been stepped up a gear with the iPhone SE, which is able to take advantage of Apple’s depth controls and all six of its Portrait Lighting effects, making shots appear more dramatic. 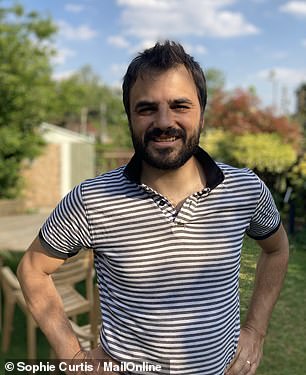 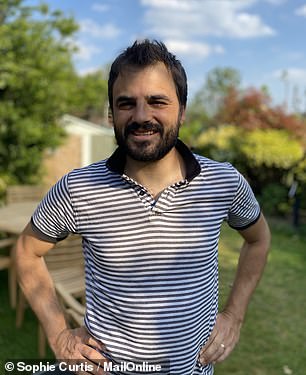 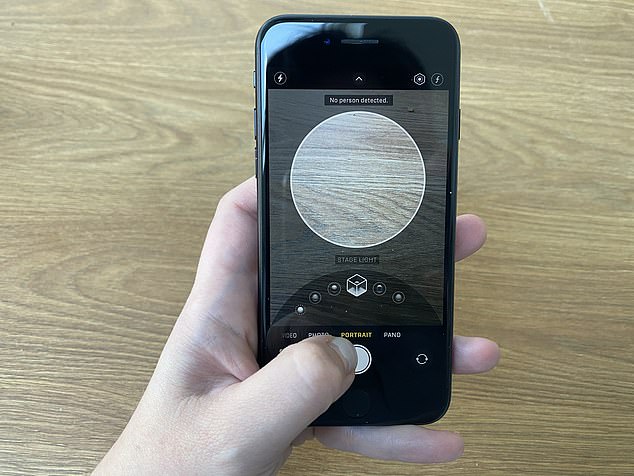 The iPhone SE supports Portrait mode, all six Portrait Lighting effects and Depth Control thanks to its A13 Bionic chip

The front-facing camera also supports Portrait Mode, so you can add a touch of flair to your selfies.

It lacks of few of the high-end camera features available on Apple’s more expensive models, such as Night Mode, which helps you capture detail in low-light conditions, and ‘Slofies’, which are ultra-slow-motion selfie videos.