HARRY COLE: Why did Jeremy Corbyn and his wife defy coronavirus rules by going to PMQs?

By Harry Cole For The Mail On Sunday

‘I would urge them to stay away,’ Sir Lindsay Hoyle told reconvening MPs last week. ‘There is no benefit to being here physically.’

The Commons Speaker said those members aged over 70 should ‘pay particular attention to the advice of Public Health England’, and ‘strongly advised’ them not to mingle with others. Ever one to defy common sense, Jeremy Corbyn, 71 next month, not only shunned all lockdown etiquette to turn up in Westminster but brought with him his third wife.

Best known as an importer of Fairtrade coffee, Laura Alvarez is neither an aide nor a key worker. Yet there she was, contrary to essential travel rules, flanking her husband on Wednesday in a thankfully otherwise deserted Parliament. 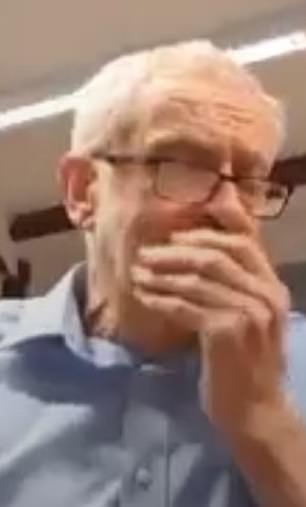 Labour MPs are particularly annoyed with their former leader for refusing to isolate, especially since he spluttered this way through his valedictory address to the Parliamentary Labour Party group of MPs recently. The meeting took place via video conferencing app Zoom, with Corbyn’s ‘hacking cough’ a constant interruption, according to one source.

‘I haven’t got coronavirus,’ a struggling Corbyn insisted after succumbing to a nasty bout of wheezing. It was just ‘a dry biscuit’, he claimed unconvincingly, before seeming to knock over his webcam as he forcefully rasped. And as a recording of this swansong kindly passed to me shows, the pensioner even donned a pair of protective gloves as his throat continued to rattle. He clearly knows how to use Zoom, so why flout guidance and turn up at the Commons? 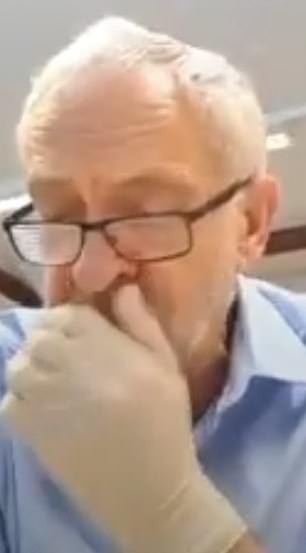 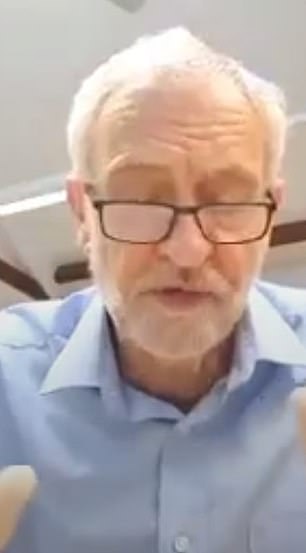 Ever one to defy common sense, Jeremy Corbyn, 71 next month, not only shunned all lockdown etiquette to turn up in Westminster but brought with him his third wife

MPs used an achingly dull, ancient debate about defective domestic appliances as a script for their dry run of the new virtual Parliament last Monday. When Jacob Rees-Mogg intoned ‘tumble dryers’ for the umpteenth time, Speaker Hoyle quipped: ‘You’ve never seen a tumble dryer in your life, have you?’

My mole says the Commons barbershop normally does a very good trade with older Tory male MPs, keeping age at bay. ‘But now it’s panic stations for some of our more mature colleagues,’ sniggers one unkind Conservative. ‘We’re about to see what their mops look like without having industrial quantities of Just For Men trowelled on every week.’

The Whitehall jungle drums say Foreign Office Permanent Secretary Sir Simon McDonald signed his own death warrant at an unprecedentedly bad evidence session to MPs last week. Unintentionally misleading Parliament cost Cabinet Minister Amber Rudd her job, but the £185,000-a-year civil servant has so far got away with sending two letters ‘correcting’ his remarks to the Foreign Affairs Committee grilling on Tuesday. But the bungling mandarin seems remarkably unfazed about this humiliation. As lawyers and spin doctors fought to save his distinguished career, Sir Simon was busy tweeting motivational feminist quotes.

Sir David King has emerged as a leading critic of Boris Johnson’s handling of coronavirus and is rarely off the telly, blaming ‘austerity’ for leaving the country high and dry. What he fails to mention is that budget cuts overseen by Johnson when he was Foreign Secretary brought to an end Sir David’s tenure as the Government’s air miles-heavy Special Representative for Climate Change. 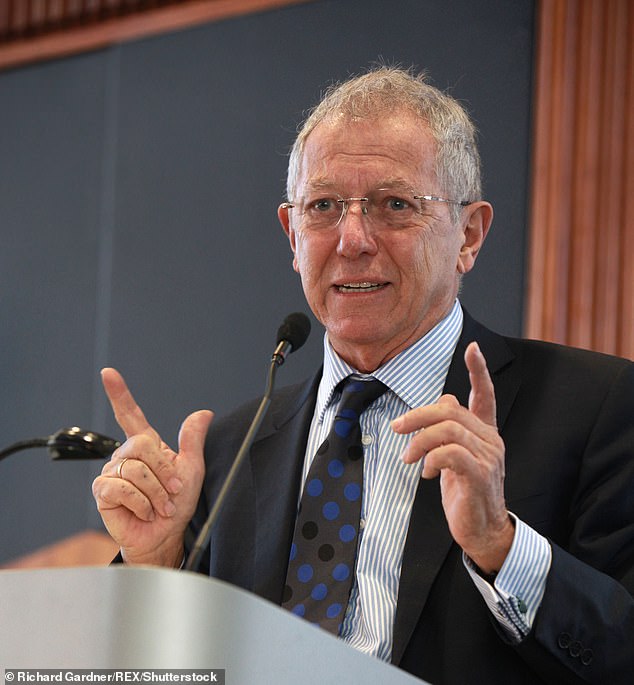 Sir David King has emerged as a leading critic of Boris Johnson’s handling of coronavirus and is rarely off the telly, blaming ‘austerity’ for leaving the country high and dry