Ricky Gervais has revealed he receives many letters from grieving widowers  and is approached by touched fans on the street because of his series After Life.

The actor, 58, stars as Tony in the dark comedy whose second series has just been released on Netflix.

The show, written by Ricky, portrays a suicidal local journalist struggling to cope with the loss of his wife Lisa.

Poignant: The success of Ricky Gervais’s show Netflix has led many grieving widowers to send letters to the comedian

Speaking to Radio X’s Danny Wallace, Ricky revealed: ‘I’ve never had a reaction like it. And I don’t just mean the size of the reaction, as that could be a reflection of the fact Netflix has 170 million subscribers worldwide, which is mind-blowing really when you think about It, and everything’s on social media now so you hear about it…

‘But it was the emotional response. My agent on the first week got 300 letters. Now that is really rare, where people are bothering to write letters, and they were telling their own story, so it wasn’t a tweet, it wasn’t a thumbs up.

‘And people come up to me on the street. Usually it’s “I loved the show,” or “Give it to them at the Golden Globes” and now they come up and approach me and say, “I lost my brother three weeks before I watched it” and you think, “Oh my god. Everyone’s grieving.”

‘Everyone in the world is grieving about something all the time and the older you get the more you’ve got to grieve about. And I really didn’t think of it as a document about grief.’ 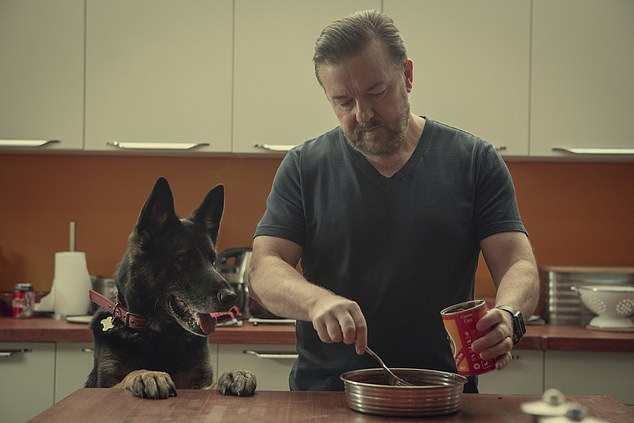 Dark comedy: The show, written by Gervais, portrays a suicidal local journalist struggling to cope with the loss of his wife Lisa

The comedian elaborated on the same topic to The Sunday People, saying: ‘I got so many letters. They were like, ‘I’ve felt like that.’

‘I was much more aware from the audience’s reaction to it. What they related to was how people coped with grief.’

Earlier this week, Ricky discussed how fans of the hit show approach him in the street to talk about grief.

He told Radio Times: ‘People say to me, ‘I lost my brother three weeks before, and I was worried about watching it, but I absolutely loved it, it really helps, so thank you.’

‘It’s a proper human connection. I’ve never had that before, an emotional connection.’

The show’s second series, which was released on Friday, shows Tony trying to move on with his life as he progresses though the seven stages of grief.

Ricky said a line from the second series has become even more poignant in the wake of the pandemic which has taken hold after the show stopped filming.

In a flashback scene, Tony’s wife Lisa, played by Kerry Godliman, says how everyone has their own problems and we should value NHS workers.

In his Radio X interview, Ricky also revealed he cast After Life before he ever started writing it.

He said: ‘Luckily I’ve got a slight advantage that I cast this [After Life] before I wrote it, so I knew exactly who I was writing for so I imagined everything in my head, but I hadn’t worked with Penelope Wilcock before, who’s amazing.’

It comes as Ricky himself lambasted self-pitying celebrities for moaning about their experiences of lockdown from their mansions.

He said on BBC Radio 5 Live: ‘For a start, you won’t hear me complain – not when there’s nurses doing 14-hour shifts – and frontline workers carrying on and risking their health. 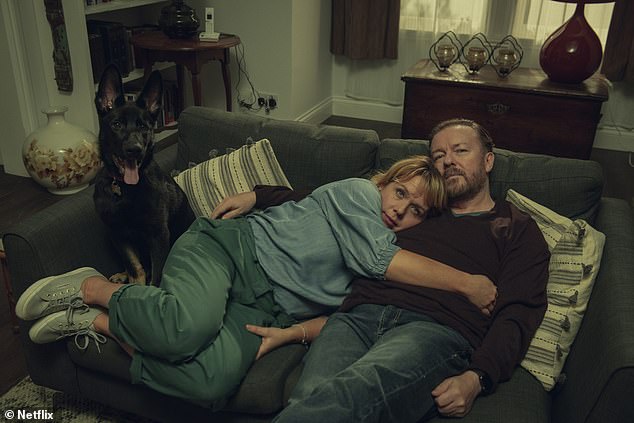 Touching: Filmed before the coronavirus pandemic, the show presciently discusses how we should value NHS workers

‘I’m fine. Don’t worry about me… I go for walks on Hampstead Heath, and we’ve got a garden.

‘There are people in high rise blocks with three kids – I can’t complain, this is why millionaires in their mansions with their gym and going for a swim can’t lecture people.

The Derek star concluded: ‘People are sick of being lectured, multi-millionaires telling them to clean out their coffee jar and put it in the right bin – they know those celebs are taking private jets to their private islands. They are sick of it.’

Listeners can tune into Danny Wallace on Radio X every Sunday from 11am – 1pm. 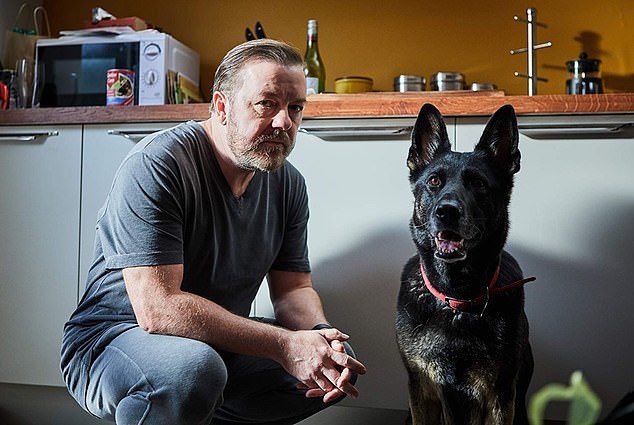 Critical: The comedian, 58, has hit out at other celebrities moaning about being stuck in lockdown