Mariah Carey ‘so overwhelmed!’ as her album E=MC2 tops the iTunes chart… 12 years after its release

By Dan Heching For Dailymail.com

Twelve years after it was first released, Mariah Carey‘s E=MC2 album has topped the iTunes chart.

The triumph comes after her devoted fans campaigned, using a ‘#JusticeForEMC2’ hashtag to send the 2008 album soaring up the U.S. iTunes Top 200 chart.

The Touch My Body songbird celebrated by tweeting out appreciation for her loyal fans, known as her ‘lambs’ or ‘lambily’ on Monday by way of thanks.

All over again: Mariah Carey reached a new milestone this week, when her eleventh studio album E=MC2, released in April of 2008, reached the top of the U.S. iTunes Top 200 chart

‘#JusticeForEMC2!!!! So OVERWHELMED by this moment,’ Carey tweeted above a screengrab of the album’s cover and a shot of the iTunes chart, showing the record holding the top spot above Trivium’s What The Dead Men Say and Fiona Apple’s celebrated new album Fetch The Bolt Cutters.

‘Thank you #lambily for always lifting my spirits and giving me life.. Love you forever,’ Mariah concluded, along with a string of appreciative emojis that included two little lambs.

Less than 20 minutes later, the diva tweeted again, asking, ‘How should we celebrate #JusticeForEMC2? I want to do a singing moment for you! Which song?’

The #JusticeForEMC2 hashtag was developed by fans of the Grammy-winning singer who felt that the album was her most underrated to date. 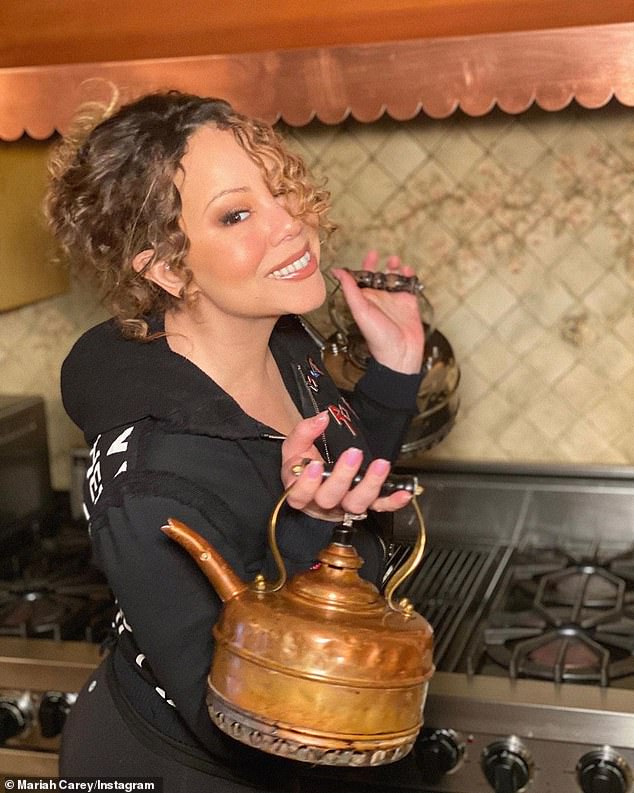 Happy: The Touch My Body songbird celebrated by tweeting out appreciation for her loyal fans, known as her ‘lambs’ or ‘lambily’ on Monday by way of thanks

It is the second such campaign that Carey’s fandom got behind to support entries in her catalog –– the first was the #JusticeForGlitter movement in 2018, in support of the soundtrack to Mariah’s 2001 film Glitter.

And even though E=MC2 spawned Carey’s 18th Billboard’s Hot 100 single Touch My Body –– surpassing Elvis Presley as the solo artist with the most number one singles in United States history –– the record was thought by some critics at the time to be a bit too similar to her previous studio album, 2005’s inventive and groundbreaking Emancipation of Mimi.

Nonetheless, E=MC2 also gave Carey her 79th week at the top the Billboard chart, which tied Presley for most weeks at number one. 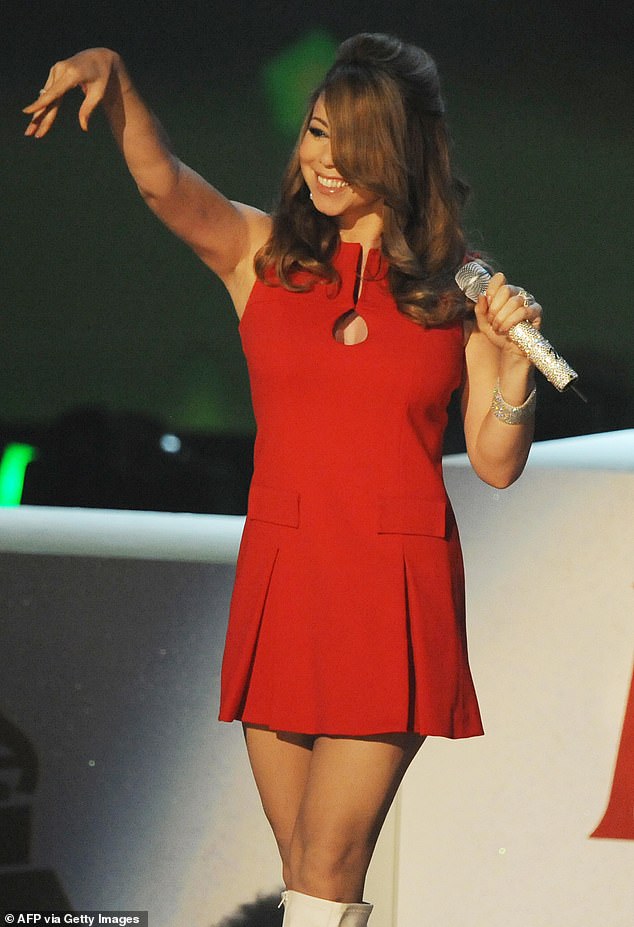 Success: E=MC2 spawned Carey’s 18th Billboard’s Hot 100 single Touch My Body at the time of its release –– surpassing Elvis Presley as the solo artist with the most number one singles in United States history; seen here performing in 2008

Excited: Less than 20 minutes after her first tweet, the diva tweeted again, asking what song her fans want to hear from the album

The Fantasy hitmaker, meanwhile, has been busy keeping occupied while in isolation like most of the rest of the world during the current health crisis, posing for smiling selfies on social media from her home in New York City.

She’s also had further milestones to celebrate so far this year –– not the least of which was turning 50 late last month.

Another huge trail marker for the balladeer and mother-of-two came when she was inducted into the Songwriters Hall of Fame in January, alongside Pharrell Williams, the Eurythmics, Steve Miller and the Isley Brothers. 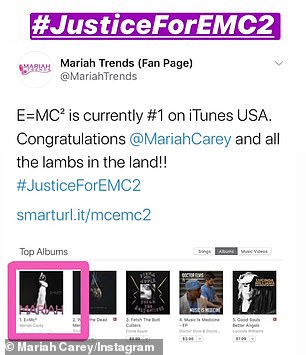 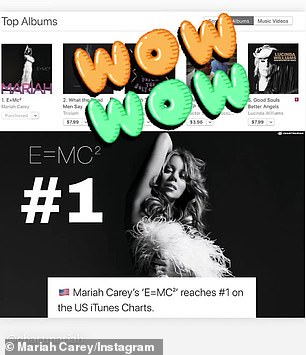 Appreciative: Mariah also took to her Instagram Story to show the love for fans who helped bump the older album back to the top of the charts 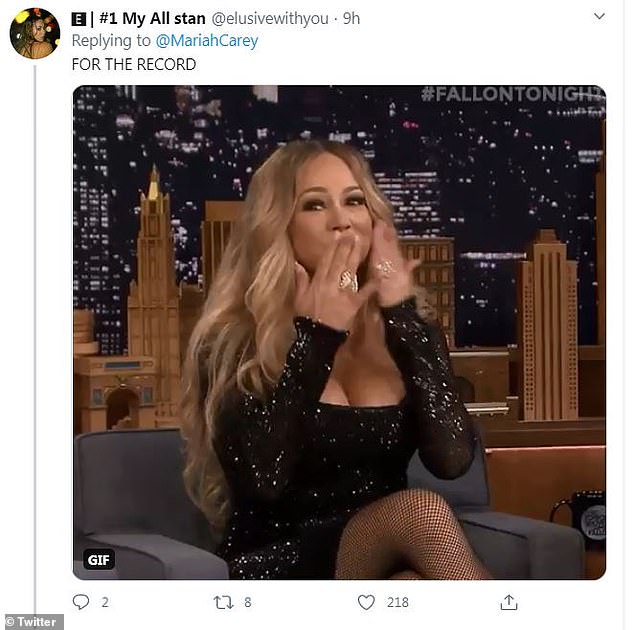 Milestones: The Fantasy hitmaker has been keeping occupied while in isolation, posting about various milestones on social media like turning 50 and being inducted into the Songwriters Hall of Fame