The primary role of the free Press has always been to hold the mighty to account. To fight injustice, to ask searching questions of the rich and powerful, and to represent the interests of ordinary families when the State becomes oppressive or overweening.

But there are times when words alone are not enough. We have to match them with deeds and dive into the fray ourselves.

The Mail has a proud record of such direct action, from airlifting Vietnamese orphans out of the cauldron of Saigon in the 1970s, to more recently helping mobilise a huge force of volunteers to rid our streets and countryside of the scourge of litter.

Today, in that same spirit of conscience and public service, we launch an ambitious project aimed at helping to solve the thorniest conundrum of the moment: how to fill troubling gaps in the supply of personal protective equipment (PPE) to frontline NHS workers, especially high-quality gowns.

Thanks to a £1.25million donation from this newspaper, including a substantial contribution from the family of our chairman Viscount Rothermere, and in partnership with global software experts Salesforce, we have sourced and purchased 20 tons of fluid-resistant gowns, ‘coveralls’ (head-to-toe protective suits) and high-grade surgical masks from China.

The Daily Mail has launched an ambitious project aimed at helping to solve the thorniest conundrum of the moment: how to fill gaps in the supply of personal protective equipment (PPE) to frontline NHS workers. Pictured: NHS staff prepare to swab a member of the public in Wolverhampton at a drive through coronavirus testing site

They were flown in from Shanghai last night and, after extensive quality checks, taken in Daily Mail trucks to an NHS distribution centre for delivery to hospitals and care homes where they are most needed.

This was not a one-off gesture. We intend it to be the first of many such flights and hope that you, our amazing readers, will help us in our task. You have always rallied to noble causes in the past. We ardently hope you will do so again.

You have backed our campaigns to clean up plastic waste, slash the use of plastic bags in shops and supermarkets and raise funds to mount an appeal against the palpably unsafe murder conviction of Royal Marine Sergeant Alexander Blackman.

Sgt Blackman had killed a mortally wounded Taliban insurgent while under immense stress and in the heat of battle. Thanks to you, that murder conviction was rightly downgraded on appeal to manslaughter and he was freed from prison to rejoin his family.

Over Christmas 2018, we asked you to donate your time to the NHS. Your response was overwhelming. More than 34,000 of you joined our ‘Hospital Helpforce’, pledging more than 1million hours to assist on the front line. 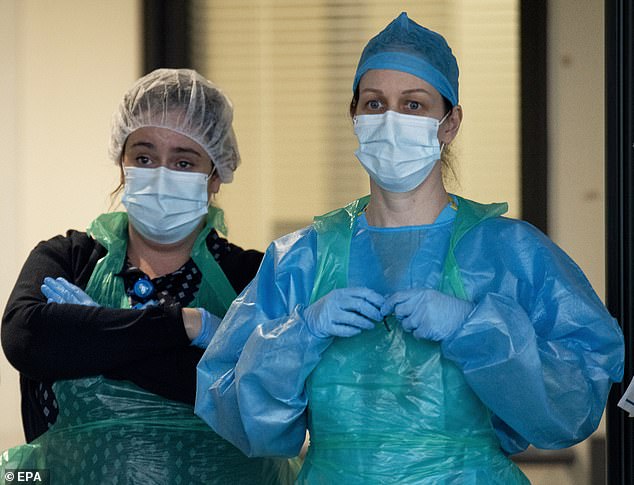 Your tasks ranged from calling vulnerable, elderly people at home to make sure they had the help they needed, collecting and delivering prescriptions and transporting drugs, vital packages and sometimes people to and from hospital.

Every one of these tasks took pressure off NHS staff, so they could concentrate on their main function of improving and safeguarding our health. And you’re still doing it.

That, of course, was before most of us had heard of coronavirus. The challenge now is greater than ever — both for patients and those who look after them with such bravery and dedication. The fact that more than 100 doctors, nurses and care workers have died in this country since the pandemic began shows the risks frontline staff take on our behalf.

Every one of them gave their life to keep us safe. The least we can do is protect them to the very best of our abilities.

In normal times, it would be up to the Government to make sure its most vulnerable workers had all the necessary protective kit.

But these are emphatically not normal times. Ministers have done all in their power to provide hospitals with enough PPE but, with the whole world chasing limited stocks, this has been an almost superhuman task. For all their efforts, there are still shortfalls.

A chilling poll from the Royal College of Physicians, published in the Mail yesterday, found that 27 per cent of medical staff were re-using PPE that was intended only for single use. That is simply unacceptable. One of those who died after being diagnosed with Covid-19 — Dr Abdul Mabud Chowdhury — had warned three weeks earlier that supplies of protective equipment were inadequate. His death stands as a reproach to us all. 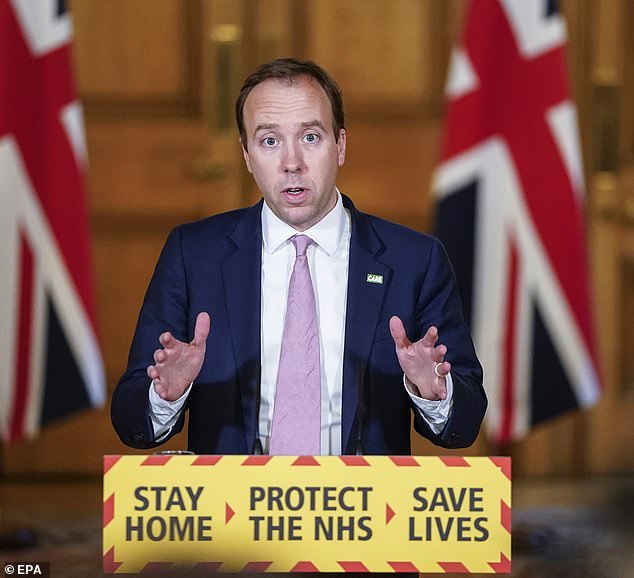 These are of course, unprecedented times. It’s easy to criticise minsters for their lack of foresight, or logistical skills. And yes, they have made mistakes, but like everyone else, they are having to learn as they go along.

Most PPE has to be imported and, as every country is clamouring for it, we are fighting for a share of a global commodity that seems to be constantly shrinking. And the speed at which hospitals get through it is positively mind-boggling. The Department of Health says that one billion individual items of PPE have been given out since the crisis began, including a staggering 140 million surgical masks and 1.8 million isolation gowns.

After each shift, most of it is thrown away. So keeping stocks up to required levels makes painting the Forth Bridge seem a simple task.

Which is why we and Salesforce want to try to help alleviate these shortages. We have now established a separate charity, Mail Force, and together have offered assistance to the Department of Health, deploying extensive contacts in China to identify spare PPE capacity outside supply chains used by the NHS.

Working closely with senior NHS managers (the last thing we want is to be competing for the same kit) and Health Secretary Matt Hancock we have identified the stock that is most needed. 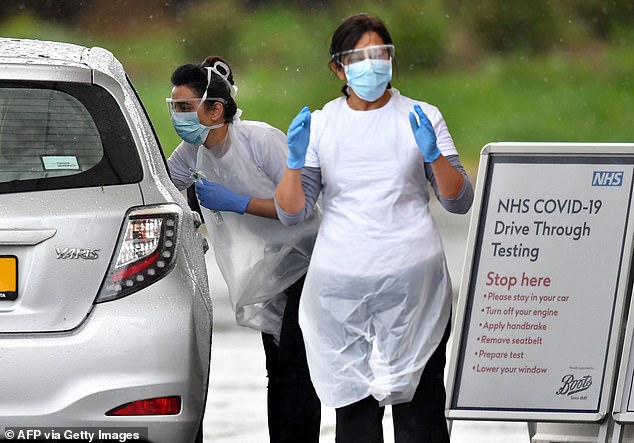 The Department of Health says that one billion individual items of PPE have been given out since the crisis began, including a staggering 140 million surgical masks and 1.8 million isolation gowns

Having sourced and purchased it at competitive rates, we are shipping it to the UK using the current surplus of passenger aircraft.

In an almost surreal development, last night’s shipment came into London on a Boeing 787 Dreamliner. Normally, this state-of-the-art aircraft would have been packed with excited passengers.

Instead, strapped into every seat and crammed into overhead lockers were thousands of pieces of PPE packed in tightly by a small army of Chinese loaders. Today, we hope at least some of it will be put to the crucial purpose for which it was made.

We realise that we can’t solve the entire problem overnight. But we hope to give an example of what can be done with imagination and collective effort.

If you want to help us make a difference, turn to page nine for details of how to donate to Mail Force, the new charity we have set up which will gather funds and purchase this vital equipment. The smallest amount would be hugely welcome, and be assured that every penny will be put to good use — protecting those who protect us. 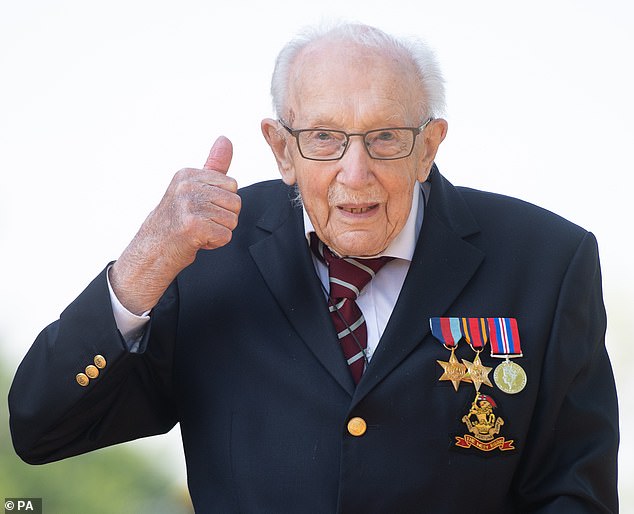 There have already been some inspiring examples of private and public sectors working in harmony since the Covid infection invaded. Some of Britain’s best engineers have tried to help in making ventilators. Burberry has been making surgical gowns. The fashion industry has been turning out masks. It shows what can be achieved if we all pull together.

After all, it’s not unusual for local communities to raise private funding for a new scanner at their nearest hospital. Or to help build a sports centre for the local school. (However, the NHS charities that Captain Tom Moore raised more that £28million for are not allowed to use it to buy PPE).

And how many in distress at sea owe their lives to the Royal National Lifeboat Institution and its almost inconceivably courageous — and unpaid — crews along the full length of our coastline? The RNLI is a charity funded almost exclusively by private donations and legacies

In the 1940s, when the sky was dark with bombers and the Nazis were at our gates, another newspaper proprietor, Lord Beaverbrook, made a memorable public appeal for metal items. ‘Give us your pots and pans and we will make Spitfires,’ he said.

Britain may not be at war, but this is certainly a moment of profound national crisis. There is a battle to be won — and it’s one in which we can all play our part.