Many people will have been uplifted by Boris Johnson’s stirring speech yesterday outside No 10. He provided the leadership that has inevitably been lacking in recent weeks.

But it was not exactly the same old Boris. He looked a little pasty and drawn, which is hardly surprising. He also seemed, if not exactly short of breath, to be struggling slightly to fill his lungs with the air required for his declamations.

There was another sense in which this wasn’t quite the familiar Boris. At such a moment, one would scarcely have expected characteristic jokes and levity. What struck me, though, was his extreme solemnity and seriousness. Boris the clown has disappeared.

Is it far-fetched to speculate that his recent narrow escape from the Grim Reaper, and the suffering and fear he must have experienced, may have affected his view not only of the coronavirus crisis but even of life? I don’t believe so.

What struck me, though, was his extreme solemnity and seriousness. Boris the clown has disappeared

Oh, I am sure there will be jokes again, when this is over. But perhaps not the kind of joke he is alleged to have cracked in the middle of March, when, at a summit of potential ventilator manufacturers, he quipped about ‘Operation Last Gasp’.

On the whole, I am glad the larky, carefree, irresponsible Boris has been replaced by the sombre statesman we witnessed yesterday morning. It’s what we need during what he rightly described as ‘the biggest single challenge this country has faced since the war’.

And yet I can’t help wondering whether, in a mood of something rather like repentance, the new Boris Johnson is so determined not to repeat old mistakes that he has become overcautious.

He would not be human if his own terrifying ordeal had not made him ask himself over recent weeks whether he wasn’t too slow to grasp the enormous medical, economic and social threats of the contagion.

During January and February, he missed five top-level Cobra meetings convened to discuss the virus. No 10 claims it is common for prime ministers not always to chair such meetings. Even if that is so, avoiding so many during those critical weeks seems rather cavalier. 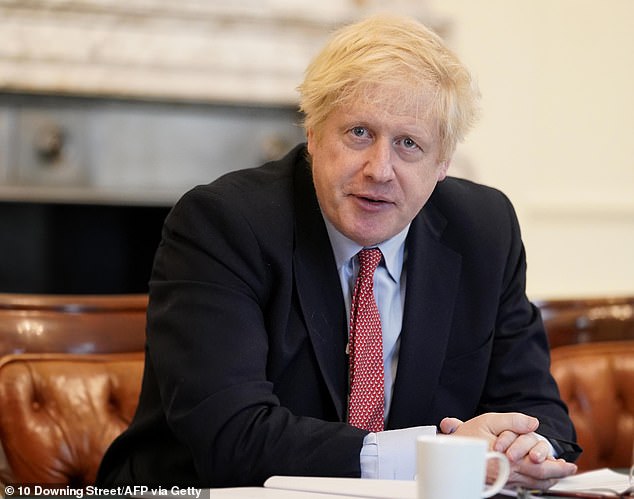 He would not be human if his own terrifying ordeal had not made him ask himself over recent weeks whether he wasn’t too slow to grasp the enormous medical, economic and social threats of the contagion

The PM’s relaxed attitude can be gauged by his attendance, along with Carrie Symonds, at an international rugby match on March 7. By that time, the disease was rampant in Italy. His presence at the game reportedly influenced the organisers of the Cheltenham races to go ahead three days later — a foolhardy decision.

Was the lockdown, when it finally came on March 23, too late? We can argue about that until the cows come home, and doubtless will. Certainly, the Government gave the impression of being rushed into a decision which only a week earlier it had resisted.

Mr Johnson may also have reflected during recent spates of soul-searching that the ravages of the disease have been far more severe in this country than in most others. Britain accounts for about one-tenth of all reported global hospital fatalities, though it has a mere 0.87 per cent of the world’s population.

True, comparable nations such as France, Italy and Spain have fared even worse. But other first-world countries, from sizeable Germany to South Korea to smaller New Zealand, have all coped with the virus more successfully. Even third-world Vietnam is taming the disease.

In every instance where the virus has been efficiently suppressed, earlier lockdowns or enforced social distancing, as well as systematic and thorough testing, have been the order of the day.

Note that whereas New Zealand closed its borders weeks ago, our own havering authorities are still debating whether arriving airline passengers should be compulsorily quarantined.

The fact is that many countries — some as rich as the UK, some considerably poorer —have demonstrated superior planning and better organisation. Admittedly, such qualities sometimes come naturally to authoritarian regimes, but many of the states most adept at dealing with the virus have been democracies.

Has a more contemplative Boris, with time on his hands and newspapers at his disposal — and the shadow of death only recently stealing away —reflected on these melancholy truths? I should be astonished if he hasn’t.

None of this is said by way of blame. There will be a time for exhaustive post-mortems when the disease is beaten. Then there must be an official inquiry. Let’s hope it doesn’t take as long as the Chilcot report, which finally emerged 13 years after the end of the Iraq War.

My point now is simply that the PM will have reviewed the Government’s performance, and his own behaviour. His conclusion may be that whatever laxity there has been in the past should not be repeated.

That explains, I think, the grave and magisterial tone of his speech. He asked us to ‘contain our impatience’ and refused ‘to throw away all the effort and the sacrifice of the British people, and to risk a second major outbreak and huge loss of life and the overwhelming of the NHS’.

He’s entirely right, of course. Ending the lockdown too early — which I suppose means in the next few weeks — would be a very rash thing to do. But I don’t think anyone is seriously proposing it.

What many people yearn for is the kind of structured exit plan which the Italian, French, German and Spanish governments have offered their frustrated and long-suffering citizens.

Sequestered in his official country house, Chequers, for the past two weeks, Boris may not be fully alive to the mounting irritation of people who have been given no clue as to when, or how, the lockdown could end. One upshot is increasing flouting of social distancing rules in isolated cases. 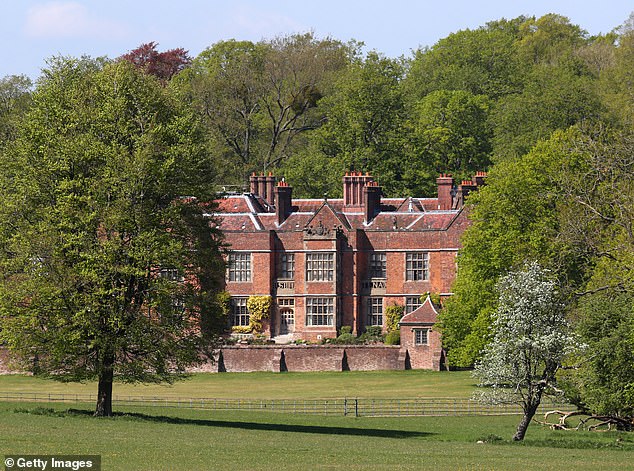 Sequestered in his official country house, Chequers, for the past two weeks, Boris may not be fully alive to the mounting irritation of people who have been given no clue as to when, or how, the lockdown could end

It’s clear from what the PM said that he will be more explicit ‘in the coming days’. What is needed is not only good cheer and exhortation. People will more easily endure the remainder of this nightmare if given some sight of its possible conclusion.

When Boris talks of ‘getting the economy moving as fast as I can’, he should think not only of the survival of thousands of companies but of the many millions of people worried to death about their livelihoods and their ability to feed their families.

How difficult to get the timing right! No one envies him. But he will have to make the decision — not the scientists whose protective guidance he often invokes, as he did so again yesterday.

Scientists are not gods. They sometimes disagree with one another, and change their minds. Until the middle of March, the Government’s advisers were advocating ‘herd immunity’, until one of them realised it might lead to the deaths of 500,000 people.

You must show us the way, Boris. There are bound to be risks whatever you do. The Government has sometimes been behind the curve throughout this crisis because it was too relaxed.

What a tragedy it will be if the new sober, harrowed Boris is again too slow to act — but this time for reasons of excessive caution.