President Trump spends around two hours attacking the media and Democrats during the coronavirus briefings, according to analysis in two reports.

According to studies of the press conferences, Trump devotes 45 minutes on average to praising his own response to the crisis, while designating just four-and-a-half minutes to the victims of the pandemic.

Both the Washington Post and the New York Times found the daily meetings were dominated by the president, with much less time given to the medical experts.

Even Vice President Mike Pence, who heads the White House Coronavirus Taskforce, gets less than half the time Trump takes up at the podium, using around 60 per cent of the briefings for his own rambling diatribes.

The Post analyzed the 35 briefings held since March 16 and discovered the president spoke for more than 28 hours across all those conferences. 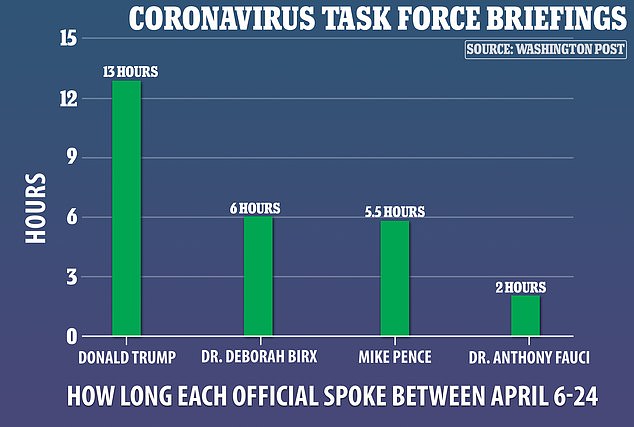 According to analysis, Trump spoke for around 13 hours, while Dr Deborah Birx six hours, Vice President Mike Pence about five-and-a-half hours and Dr Anthony Fauci for just over two hours

Between April 6 and April 24, Trump spoke for 13 hours – more than twice as long as Dr Deborah Birx, who oversees the administration’s virus response, at six hours.

The average times for individual officials are taken over a series of briefings and do not represent the length of individual conferences, which can last nearly two hours in total.

Trump’s appearance at the daily briefings has become more and more controversial, culminating in his request for the medical experts to research if disinfectant and UV light could be used as a treatment.

The future of the press conferences was thrown into doubt at the weekend when Trump threatened to cancel them via Twitter in a flurry of angry tweets attacking the media.

It came after the president stormed out a briefing after just 22 minutes in an apparent row over the positioning of a CNN reporter he had clashed with at an earlier conference. 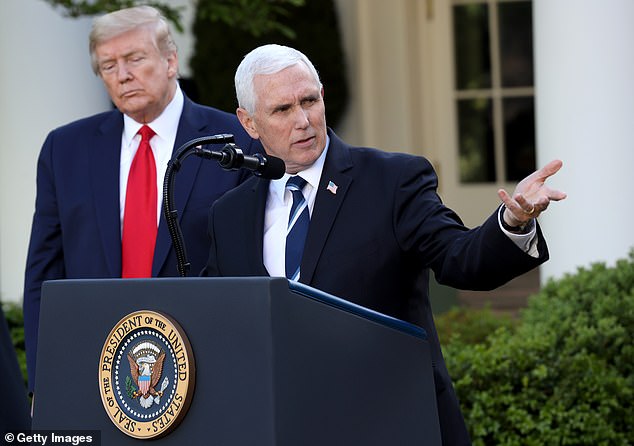 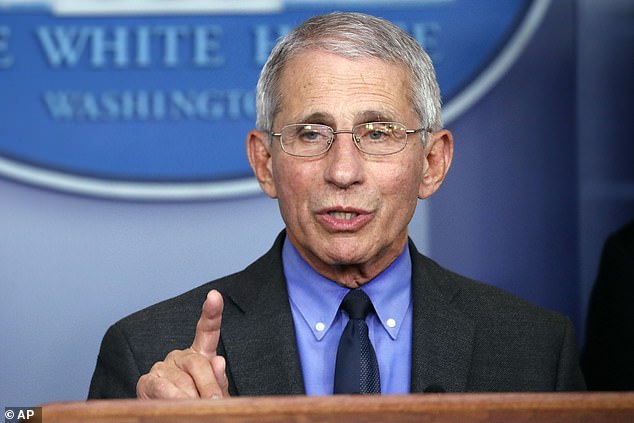 Dr Anthony Fauci, director of the National Institute of Allergy and Infectious Diseases, speaks about the coronavirus in Washington on April 7

Despite the threat to no longer take part in briefings, saying they were ‘not worth the time and effort’, Trump spoke from the Rose Garden at the White House yesterday, addressing the damaged the outbreak has done to the US and the rest of the world and suggesting a bill fo the cost might be sent to China.

Coronavirus cases surpassed 1 million in the US on Monday and deaths were more than 56,000.

The Post’s analysis of the briefings also found that Trump answered questions addressed to someone else on the stage more than a third of the time, including queries that had already been answered by the intended official.

When Trump was on stage himself, his time was taken up with attacks against Democrats, being mentioned roughly 30 minutes.

Anger at the media lasted for around 25 minutes, governors were mentioned for more than 22 minutes and China – including travel bans – received nearly 21 minutes of the commander-in-chief’s ire.

Around 45 minutes was spent praising himself and the Trump administration, including three times in which he played videos featuring support for the president. 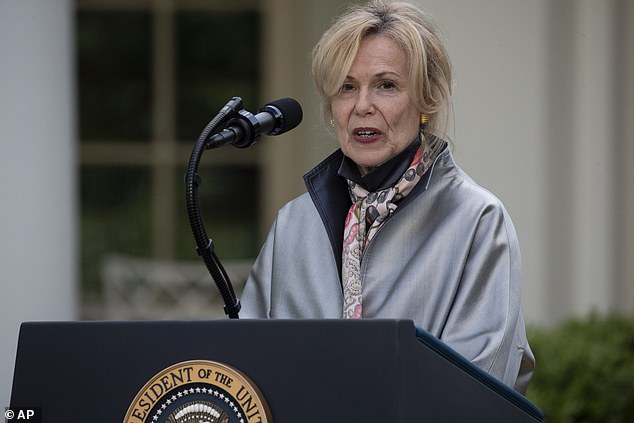 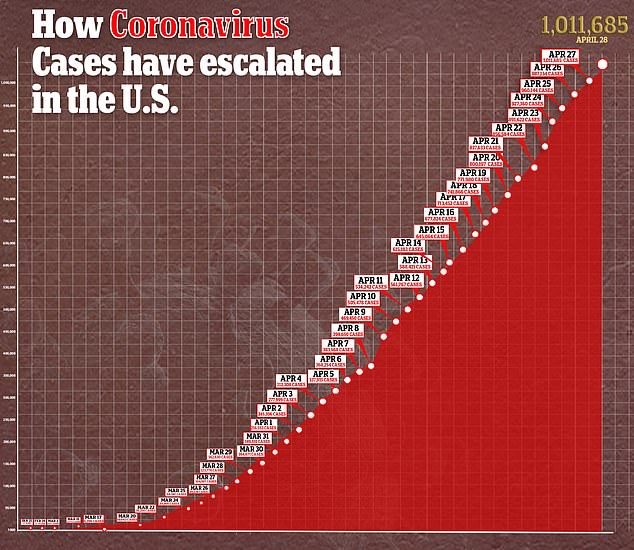 Trump mentioned America’s coronavirus testing capacity in 14 per cent of his comments and the nation’s ventilator supply 12 per cent of the time.

The New York Times released a report on Sunday that reviewed more than 260,000 words spoken by Trump during the pandemic since March 9.

It also found that self-congratulations occurred in roughly 600 examples, while empathy or national unity 160 times.

The Times also alleged there were at least 130 examples of falsehoods or exaggerations used by Trump – adding up to some 47 minutes.

This time included promoting the anti-malaria drug hydroxychloroquine as a prospective coronavirus treatment in at least eight of his comments, despite there being no conclusive medical evidence to support its use to tackle the disease.

A New York state Health Department trial last week suggested patients treated with hydroxychloroquine have no better chance of survival than those who do not receive the drug.

The US Food and Drug Administration (FDA) also warned against using the anti-malaria drug on virus patients outside of hospitals or clinical trials.