By Laura Fox For Mailonline

He’s won a whole new army of fans for his portrayal of the Ultra-Orthodox Jew Yanky Shapiro.

And Unorthodox star Amit Rahav shared a behind-the-scenes glimpse of his transformation into Esty’s husband on Thursday.

The Israeli actor, 24, shared the sped-up clip to Instagram of the makeup artist giving him the hair sported by many Ultra-Orthodox Jews by attaching payo ringlets to the sides of his short cropped hair.

In the video, Amit can be seen in the makeup chair as the artist clips the glossy payos to each side of his head before blending in where they are attached.

The actor went onto praise the artist’s work in the caption by explaining the payos were even soaked in oil overnight to give them the perfect glossy effect.

After the payos were applied Amit was given a small application of makeup before he looked towards the camera to display the finished style. 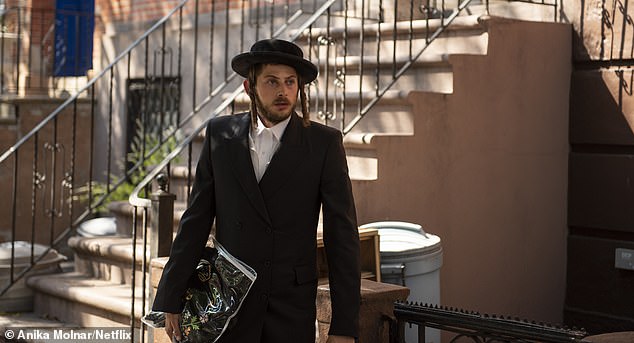 Beloved: The Israeli actor has won a whole new army of fans for his portrayal of the Ultra-Orthodox Jew searching of his fleeing wife

Proud: In the caption Amit praised Unorthodox’s makeup artists for their work to create Yanky’s look, including soaking the payos in oil overnight 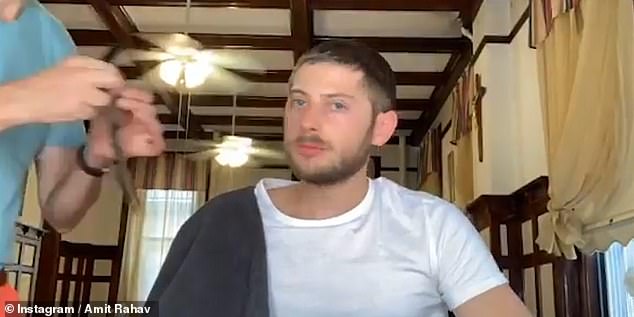 Transformed: In the video, Amit can be seen in the makeup chair as the artist clips the glossy payos to each side of his head 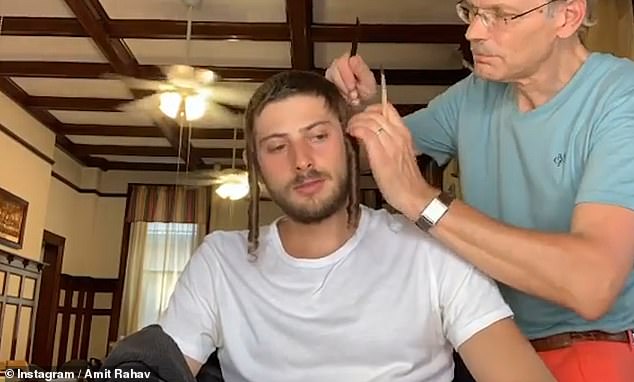 Changing: He then blended in where they had been applied in the clip which was sped up for Amit’s fans to watch

The post was captioned: ‘Shout out to Jens Bartram, the most phenomenal hair and make up artist and my bff on set, who used to soak these beautiful payos each night in a special oil so I’ll have the shiniest curlers on screen.’

Payos – Hebrew for sidelocks or sideburns – are traditionally worn by most men and boys in the Orthodox Jewish community.

It’s in accordance with Leviticus 19:27 that states: ‘You shall not round off the corners on your head, or destroy the corners of your beard.’ 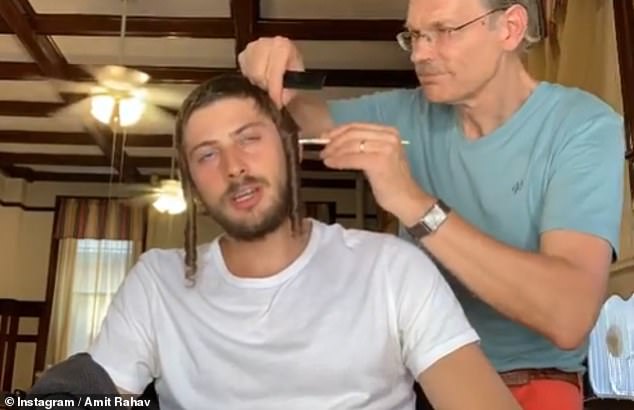 Traditional: Payos – which is Hebrew for sidelocks or sideburns – are worn by most men and boys in the Orthodox Jewish community 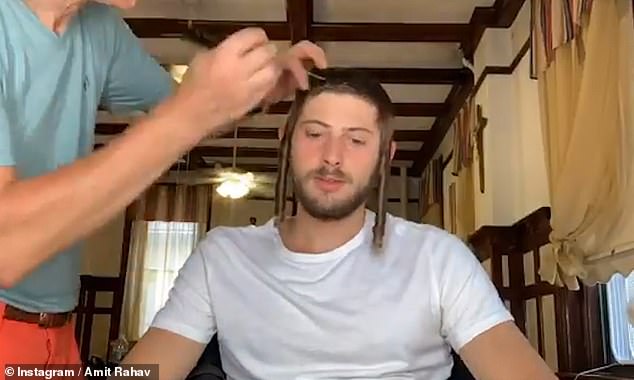 Finishing up: After the payos were applied Amit was given a small application of makeup

Amit sent Twitter into meltdown when Unorthodox was released on Netflix earlier this month.

The four-part series tells the story of a young woman named Esther ‘Esty’ Shapiro, [Shira Haas] who decides to flee the Hasidic Jewish community in Williamsberg.

She flees to start a new life in Berlin, Germany away from her arranged marriage to Yanky, who tries to track her down and win her back.

He enlists the help of his rule-breaking and sinister cousin, Moishe Lefkovitch, played by Jeff Wilbusch.

The series is loosely based on a true-story memoir Unorthodox: The Scandalous Rejection Of My Hasidic Roots by Deborah Feldman. 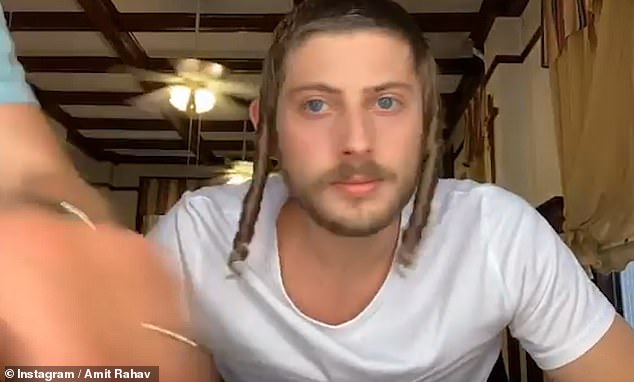 All done: He then looked closer at the camera to display the finished style before heading to set to film another scene 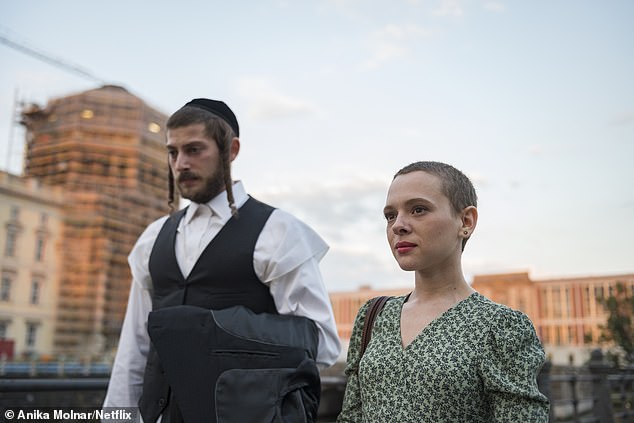 Beloved: Amit has earned a whole new army of fans for his performance as Esty’s husband Yanky, who goes to find his wife in Berlin after she flees their community in New York