Revealed: At least 171 frontline NHS workers have now died in the coronavirus pandemic including 27 doctors

By Mail on Sunday Reporter

They include at least 27 doctors and around 100 nurse and healthcare supporters, according to Nursing Notes, a website devoted to the welfare of medical staff.

Among them is Furqan Ali Siddiqui, 50, a plastic surgeon at the Manchester Royal Infirmary. The father of six, who arrived from Pakistan only two months ago, fell ill within weeks of starting his job.

Figures from Nursing Notes reveal that at least 171 frontline NHS workers have died in the coronavirus pandemic. Pictured: Two nurses stand under an umbrella outside Southend Hospital observing a minute’s silence for key workers who have died, April 28

The Association of Pakistani Physicians said: ‘He is another NHS hero who had travelled thousands of miles to work for the NHS and made the ultimate sacrifice.’

Anuj Kumar, 44, a healthcare worker at the Pilgrim Hospital in Boston, Lincolnshire, has also died, leaving a wife, Sandhya, and two sons, aged 12 and three.

Father-of-two Adekunle Enitan, 55, an intensive care nurse at the William Harvey Hospital in Ashford, Kent, died in the unit where he worked.

And a nurse of 40 years has died just as she was making plans to retire. Philomina Cherian, 63, died on April 30 at Oxford’s John Radcliffe Hospital where she worked. 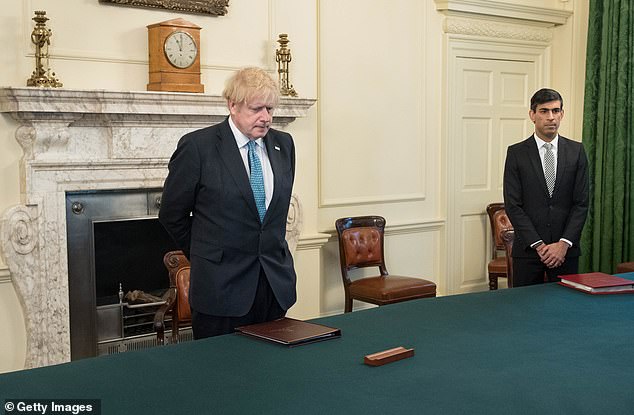