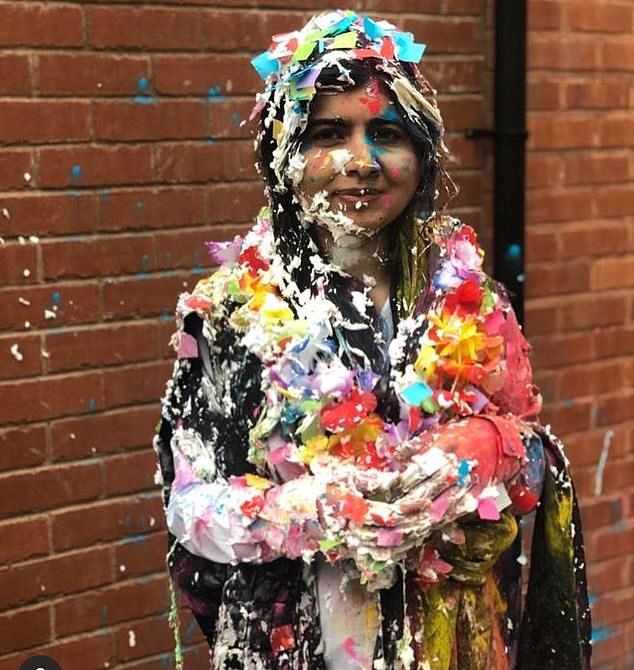 Malala Yousafzai has today revealed she has finished her Oxford degree and showed her rebellious side by celebrating with a traditional ‘trashing’ – which was banned by university chiefs in 2018.

The 22-year-old Nobel laureate shared two pictures of herself covered in confetti and foam and said she planned to unwind from her studies with ‘Netflix, reading and sleep’.

Her graduation marks the end of an extraordinary chapter for Malala, who survived being shot in the head by a Taliban gunman at the age of 15 after campaigning for girls to be educated in her native Pakistan.

She tweeted today: ‘Hard to express my joy and gratitude right now as I completed my Philosophy, Politics and Economics degree at Oxford. I don’t know what’s ahead. For now, it will be Netflix, reading and sleep.’

Oxford University declined to comment on the trashing, which it has previously threatened to report to police because of the cost of cleaning it up. Students see it as a traditional rite of passage for all students who pass their Oxford exams. 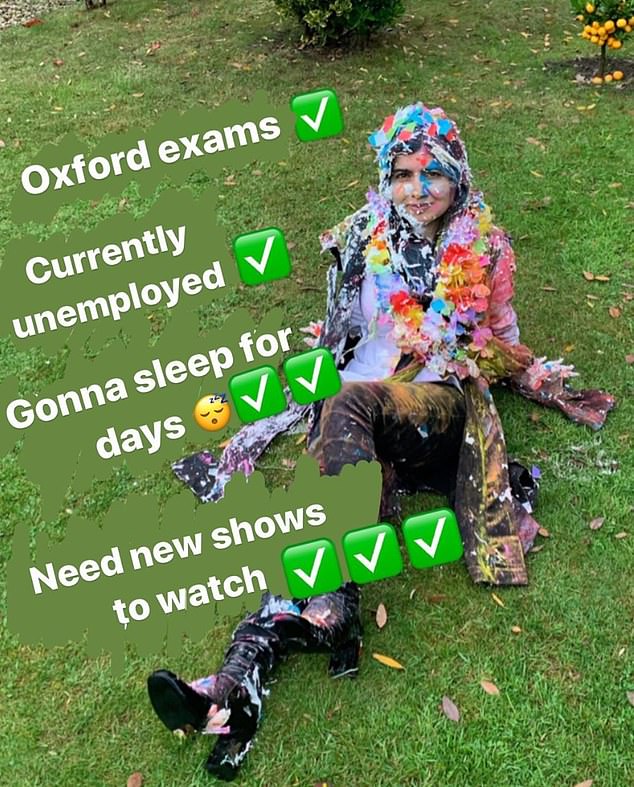 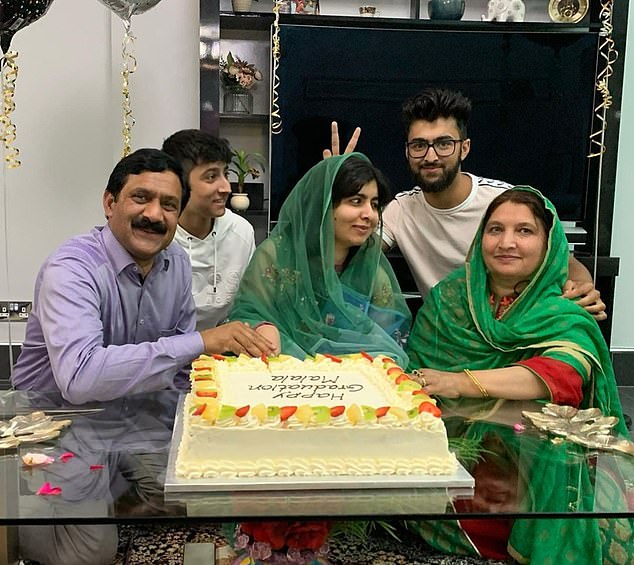 In another photo Malala celebrating with her family, including her parents, left and right, in front of a graduation cake

After recovering from being shot, she moved to Britain and went on to become the youngest-ever Nobel Peace Prize winner in 2014.

‘For so many, higher education is the start of great things. For you, great things preceded it and I can only imagine the even greater ones to follow. The world is lucky to have you on it.’

The ritual of ‘trashing’ began in the 1970s and sees friends of students taking their finals wait outside the back of the Examination Schools in Oxford city centre.