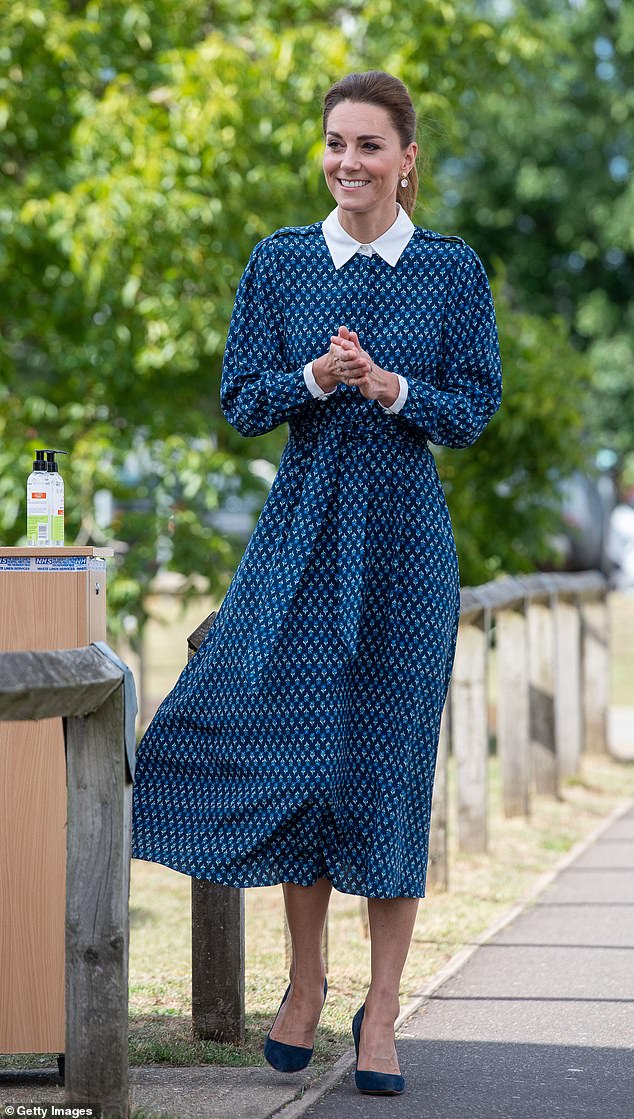 Kate Middleton  appeared to pay tribute to her late mother-in-law with her choice of gown during a hospital visit yesterday.

The Duchess of Cambridge, 38, donned a deep blue £525 Beulah London gown as she and Prince William, 38,  paid a visit to the Queen Elizabeth Hospital in King’s Lynn to mark the 72nd anniversary of the NHS.

With it’s striking white collar and blue polkadot pattern, the Duchess’ bold shirt dress was extremely reminiscent of a similar outfit worn by Princess Diana in 1985.

The fashion echo is particularly pertinent this week because it comes days after what would have been the late royal’s 59th birthday on July 1.

Kate Middleton, 38, paid tribute to her late mother-in-law Princess Diana days after her birthday as she made a visit to the Queen Elizabeth’s Hospital in Norfolk yesterday 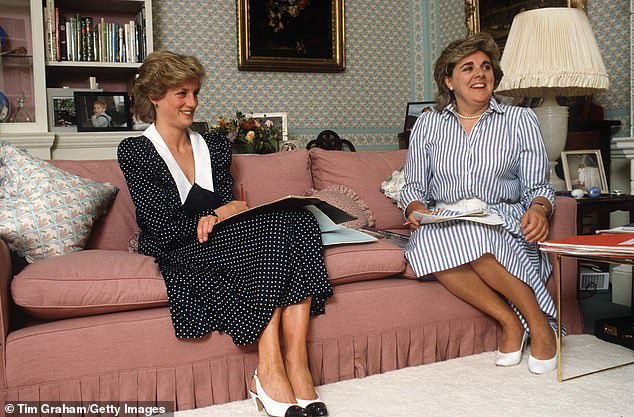 Kate’s £525 Beulah London gown in blue – a preferred colour of the fashion-forward duchess – was the same style as the red number by the same brand she wore for a minute-long mental health message released in May.

Princess Diana wore her take on the feminine look for photos taken in her living room at Kensington Palace in October 1985.

The series shows Diana, then 24, with her lady-in-waiting Anne Beckwith-Smith.

The princess styled her dress – which also featured a large white collar with slingback black and white heels and delicate stud earrings. 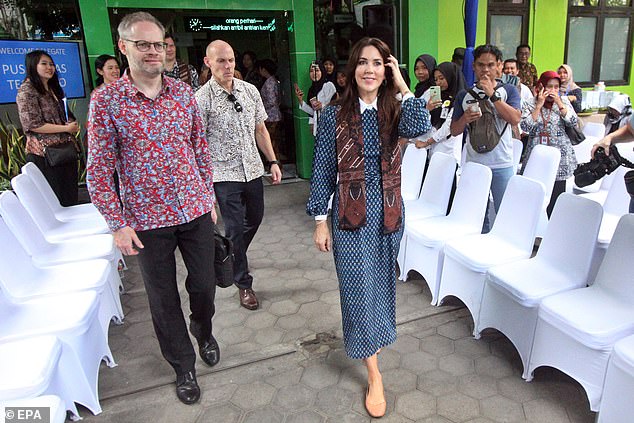 The dress was also worn by Denmark’s Princess Mary on a trip to Indonesia last year.

It’s not the first time Mary and Kate have shared styling tips, with the late Chanel designer Karl Lagerfeld dubbing the duo ‘royal sisters’ thanks to their strikingly similar appearance and comparable taste in fashion.

Beulah London, co-founded by Lady Natasha Rufus Isaacs and Lavinia Brennan in 2010, has become a go-to label for Kate, who has stepped out in the designs on a number of occasions.

Meanwhile the royal also opted for a set of £800 diamond and yellow gold earrings by designer Patrick Mavros for the visit. 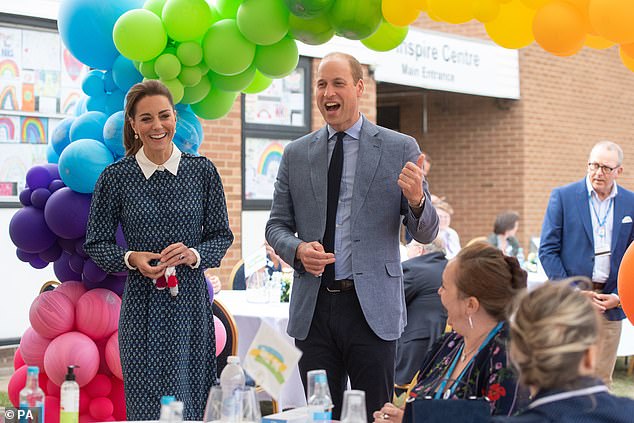 The Duchess has been seen throughout lockdown sporting a silver set of the jewels, however appeared to be wearing a gold set during her appearance yesterday.

Prince William and Kate, who are currently staying at their Norfolk home of Anmer Hall with Prince George, six, Princess Charlotte, five, and Prince Louis, two, beamed as they spoke to staff and families about the coronavirus pandemic during the visit yesterday.

With her hair swept back in a sleek ponytail on yesterday’s visit, the Duchess of Cambridge beamed as she spoke to staff after arriving by car at 5.30pm.