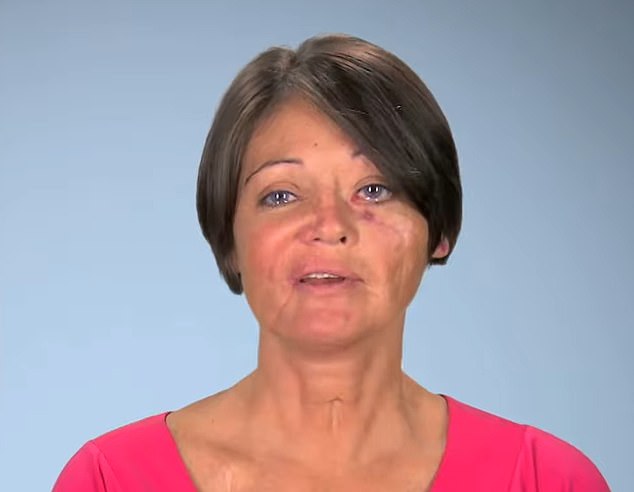 EXCLUSIVE: Mother whose face was disfigured in a horrific motorcycle accident begs doctors to do an EIGHTH reconstructive surgery to fix her dropping eye and blocked nostril

By Erica Tempesta For Dailymail.com

A mother is preparing to undergo her eighth reconstructive surgery after her face was disfigured in a horrific motorcycle accident that emotionally traumatized her two daughters.

In a preview clip from Monday night’s episode of the E! reality series Botched, Dr. Paul Nassif and Dr. Terry Dubrow meet with Hope and her children, one of whom had witnessed the moment her face slammed into a steel beam years ago.

‘My leg was trapped, so my upper body came over, and I face planted the I-beam behind the guardrail,’ Hope tells the plastic surgeons. 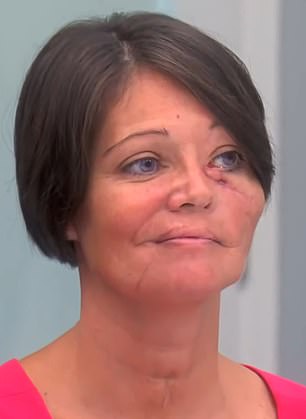 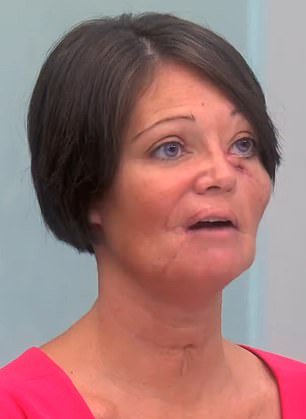 Life-changing: The mom had slammed face-first into a steel beam during a horrific motorcycle accident. She has has seven reconstructive surgeries, so far

Her children were 10 and 14 at the time; her youngest was there with her when she crashed, but, thankfully, in a separate vehicle.

Hope’s daughter explains that her mom had wrecked in front of a paramedic’s house and her screaming as a little girl was what drew his attention to the accident.

‘He came running over, and he had her all ready before an ambulance even got there,’ she recalls of the man who saved her mother’s life.

‘Hope is very lucky that a paramedic was there,’ Dr. Dubrow notes in his testimonial. ‘Ironically, the unluckiest day in her life was also, weirdly, one of the luckiest.’ 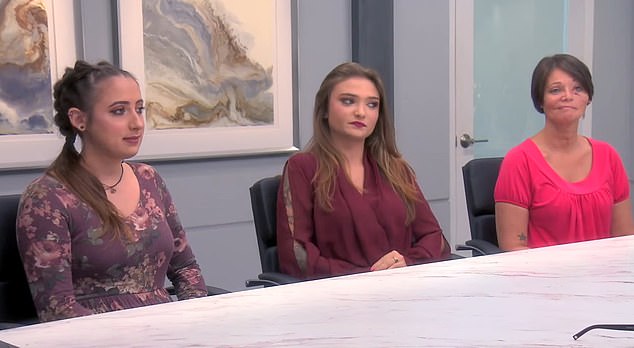 Family affair: Hope has the support of her two daughters during the emotional consultation with the plastic surgeons

Traumatic: Her youngest daughter (pictured) witnessed the crash, and it was her screams that alerted a nearby paramedic who ended up saving the mom’s life

The mom needed a feeding tube for a year after the accident, and she has had seven surgeries to reconstruct her face, so far.

She admits that she doesn’t like the appearance of her drooping eye, explaining: ‘I don’t have two of the same eye.’

She also has an issue with the amount of scar tissue in her right nasal passage.

‘If I had to rely on it to breathe, I’d suffocate,’ she explains. 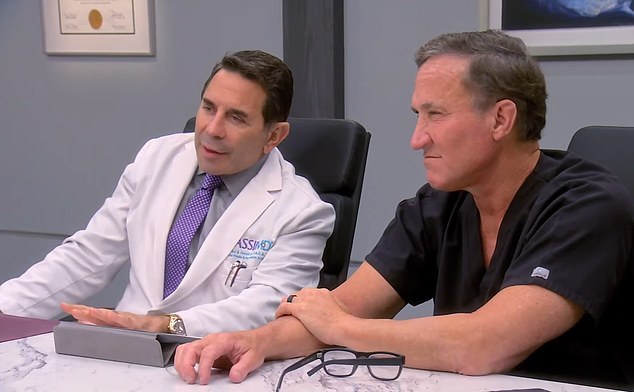 Hard to handle: Dr. Nassif (left) and Dr. Debrow (right) can’t help but ask the girls how the trauma of their mom’s accident had affected them emotionally 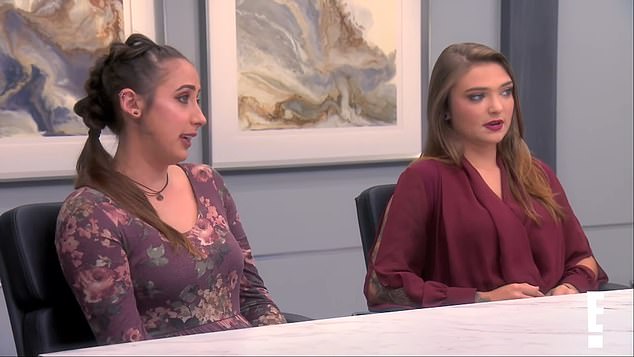 Forgotten: Hope’s eldest daughter admits that she blocked out that time in her life and doesn’t remember the details 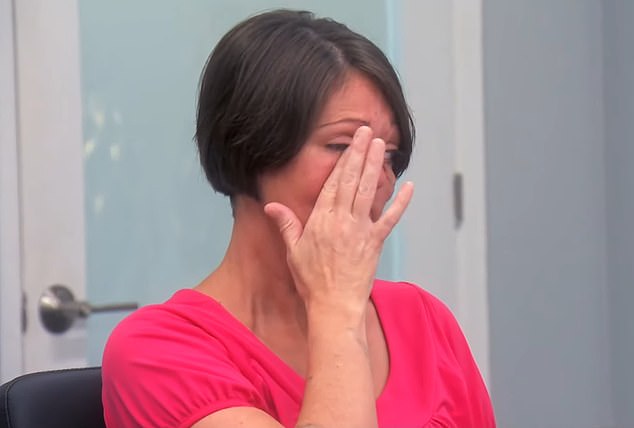 Heartbroken: Hope can barely speak as she fights back tears after learning her daughter has blocked out the traumatic moment in their lives

Dr. Dubrow can’t help but ask what it was like for the girls emotionally to have their mother, the person they love most in the world, come home after nearly dying in an accident.

When Dr. Nassf asks her to elaborate, she says she doesn’t recall the details of what she did on a daily basis.

Hope can barely speak as she fights back tears after learning her daughter has blocked out the traumatic moment in their lives.