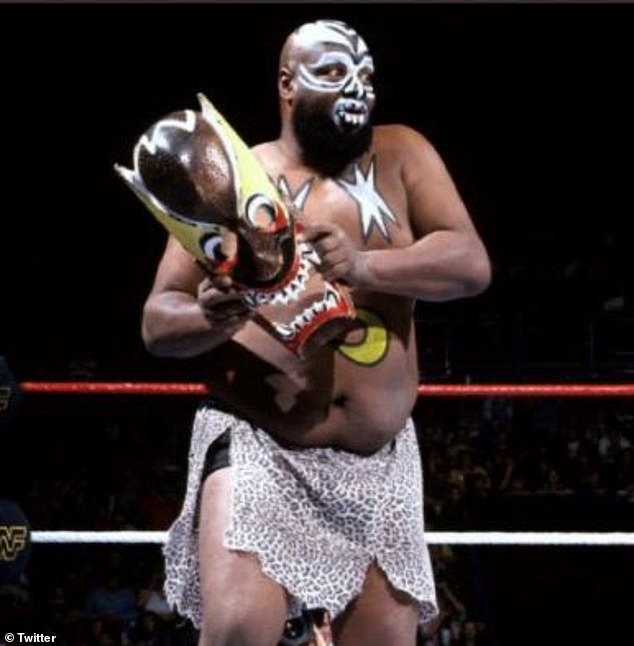 WWE legend James ‘Kamala’ Harris is hailed by peers after his death at 70: ‘A giant of a gentleman’

By Adam S. Levy For Mailonline

WWE legend James ‘Kamala Harris‘ has died at 70, according to the company Sunday.

‘WWE is saddened to learn that James Harris, known to WWE fans as Kamala, has passed away at age 70,’ a statement on the WWE’s Twitter read.

It continued: ‘Under the frightening face paint of Kamala, the 6-foot-7, 380-pound Harris battled the greatest Superstars in sports-entertainment history, including Hulk Hogan, The Undertaker and Andre the Giant.

The latest: WWE legend James ‘Kamala Harris’ has died at 70, according to the company Sunday

‘He terrorized opponents and thrilled audiences in Mid-South, World Class Championship Wrestling, WCW and WWE until 2006. WWE extends its condolences to Harris’ family, friends and fans.’

The ring star, who worked as both a good guy and villain, had severe health problems in recent years, losing both of his legs in a battle with diabetes.

A number of Kamala’s contemporaries as well as current pro wrestling personalities had kind words about the late star of the ring.

The Iron Sheik, a top 80s ring villain like Kamala, said, ‘God bless the Kamala he always put on a show for the fans good big man who worked the gimmick better then most it break my heart.’ 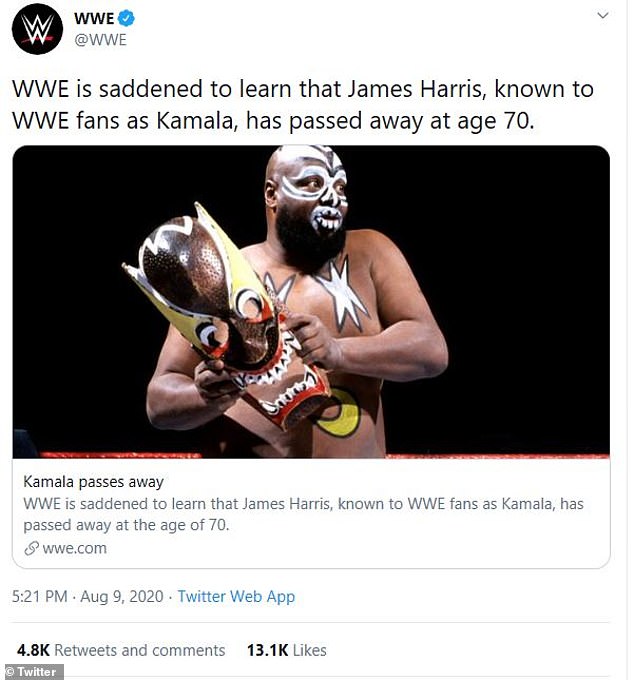 Sad: The company confirmed that Harris had passed away in a tweet on Sunday 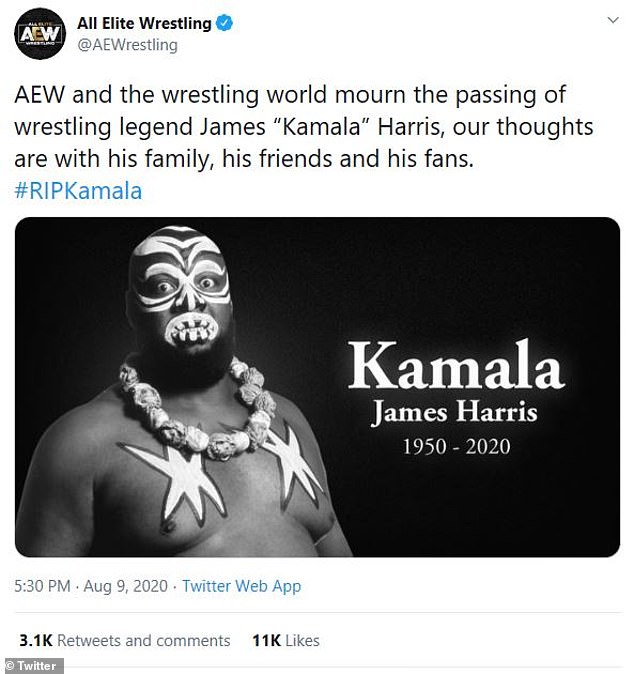 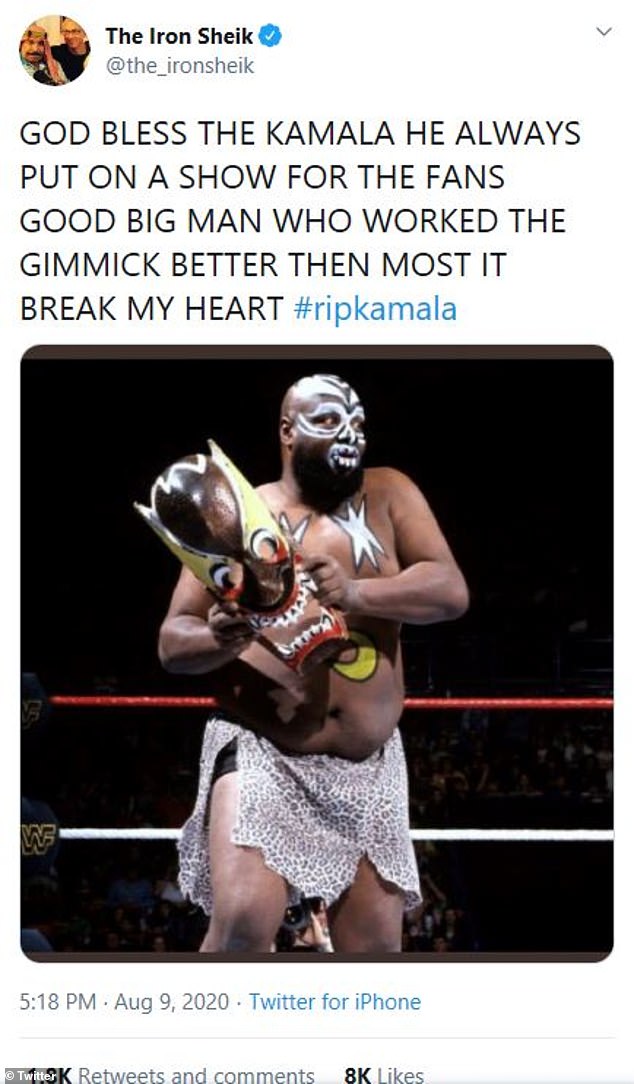 Peers: The Iron Sheik, a top 80s ring villain like Kamala, had kind words for the late wrestler

Jerry ‘The King’ Lawler wrote, ‘Just been told that Kamala has passed away’ with a picture of one of their battles in Memphis.

‘RIP Kamala,’ Frankie Kazarian said. ‘I’m happy I had the opportunity to share a locker room with him many years ago. A giant of a gentleman. Godspeed sir.’ 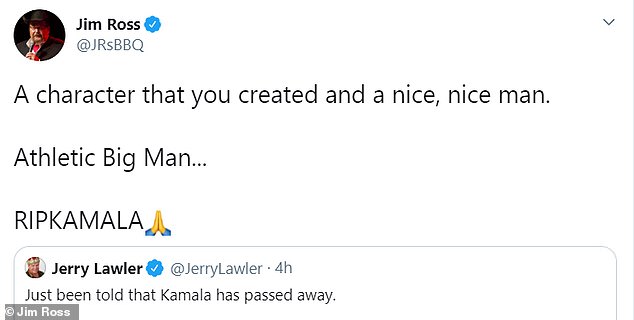 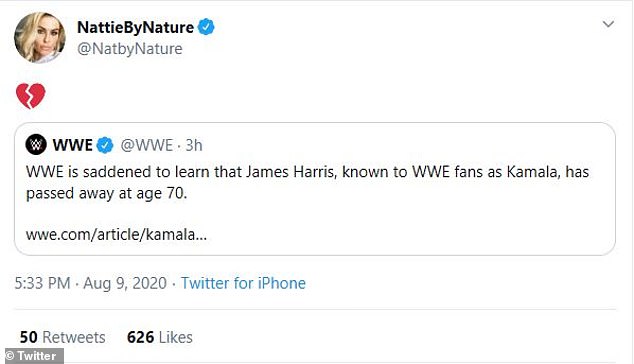 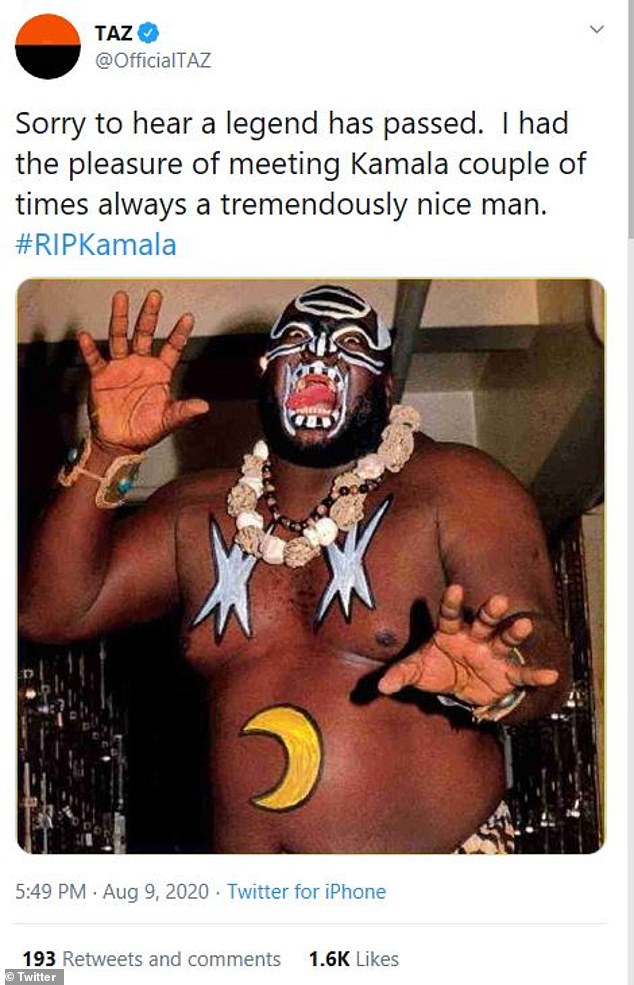 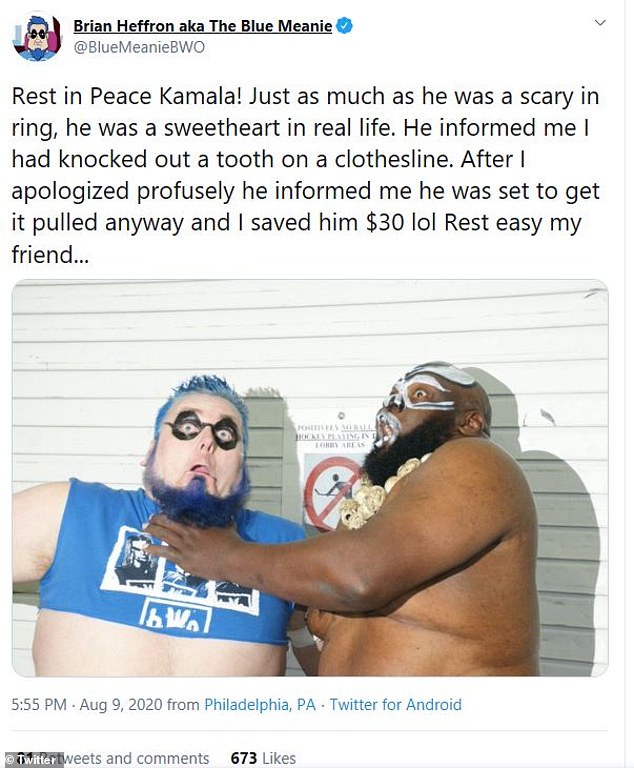 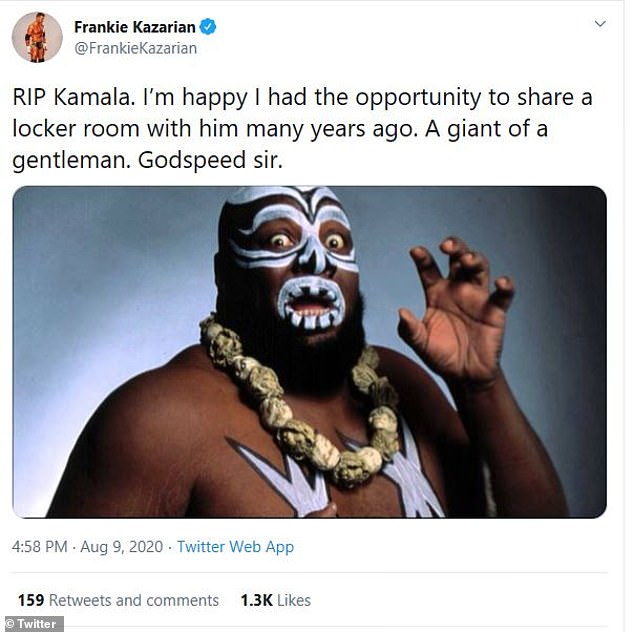 Beloved: A number of Kamala’s contemporaries as well as current pro wrestling personalities had kind words about the late star of the ring

‘Rest in Peace Kamala!’ he said. ‘Just as much as he was a scary in ring, he was a sweetheart in real life. He informed me I had knocked out a tooth on a clothesline.

Said Taz: ‘Sorry to hear a legend has passed. I had the pleasure of meeting Kamala couple of times always a tremendously nice man. #RIPKamala.’ 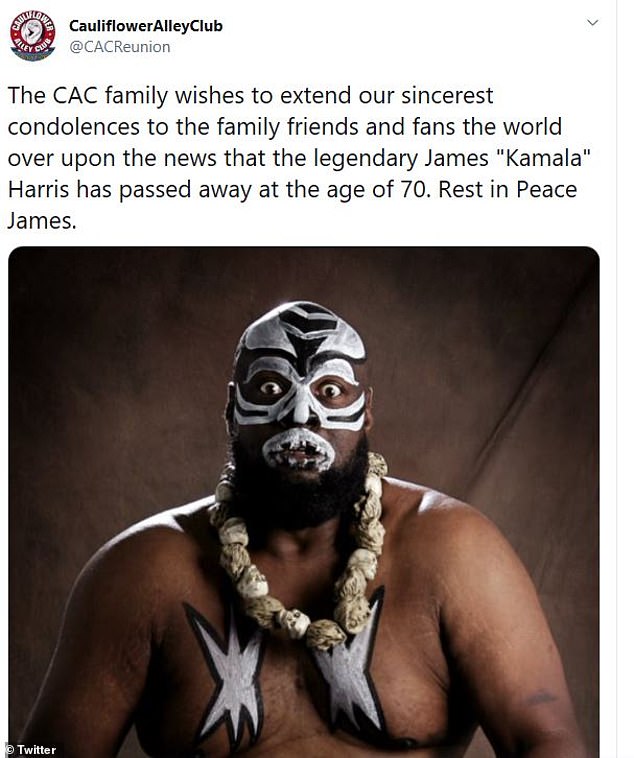