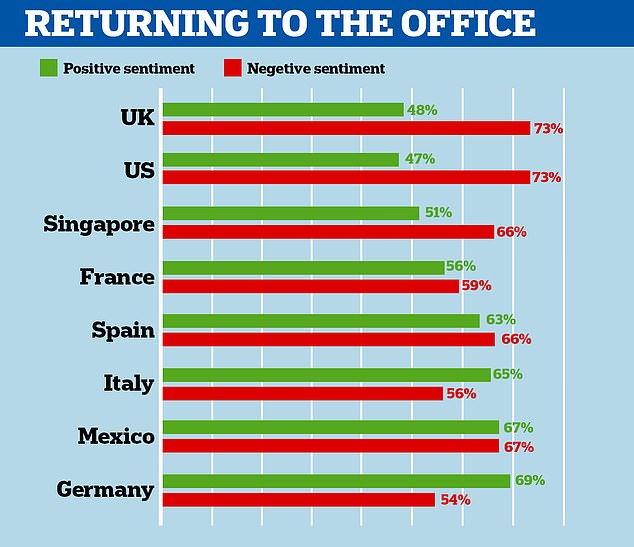 British workers are the most reluctant to return to the office because of fears of a second wave of coronavirus, a new study has found.

It comes as Business Secretary Alok Sharma said he is hoping workers will return to offices soon and make cities ‘vibrant again’.

A survey of 8,000 adults from eight countries found that UK and US workers showed the highest level of apathy towards going back to the office.

The analysis, done by ManpowerGroup, found that the biggest reason people didn’t want to go back to the workplace was fears of a second Covid-19 wave.

Some 73 per cent of the workforce in the UK have negative feelings about going back to work while only 54 per cent say the same in Germany.

Research from earlier this month by Morgan Stanley found that Britons have been slower to return to the office than their peers in France, Germany, Italy or Spain.

British workers are the most reluctant to return to the office because of fears of a second wave of coronavirus, a new study has found

Only a third have gone back to the office compared to almost three quarters on the continent.

Experts believe this divergence could be explained by the UK and US having a higher death toll, which happened at a later stage, than most countries.

Mr Sharma said: ‘If you look, the guidance that we have said up until relatively recently was that you if you can work from home you should work from home. 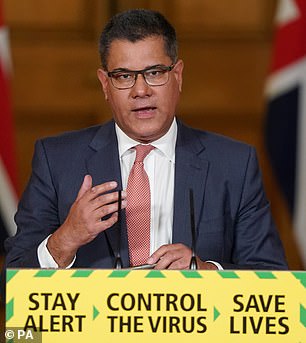 ‘That guidance has now changed. We have said talk to your employer, there needs to be flexibility on both sides, if you need to come in you should.

‘Employers will make decisions based on their own business models.

‘What is quite interesting is that what you are starting to see is some employers saying people should be working partly from home, partly from the office, there are lots of people who are currently working from home who perhaps don’t have the amount of space that they would like and they want to come back into the workplace.

‘I hope what we will see is people coming back into the workplace and yes, I personally would like to see London vibrant again.’

The new study found that the main concerns about going back to old working routines were focused on health.

And 21 per cent didn’t want to go back to the office because they prefer not having to waste time commuting and having more flexibility.

It comes after research from Leesman, a workplace research group, studied 120,000 employees across the world and found that UK workers were some of the least experienced with working from home before lockdown.

Only 44 per cent of British workers had experience of working remotely before lockdown compared with 76 per cent of Belgian workers. 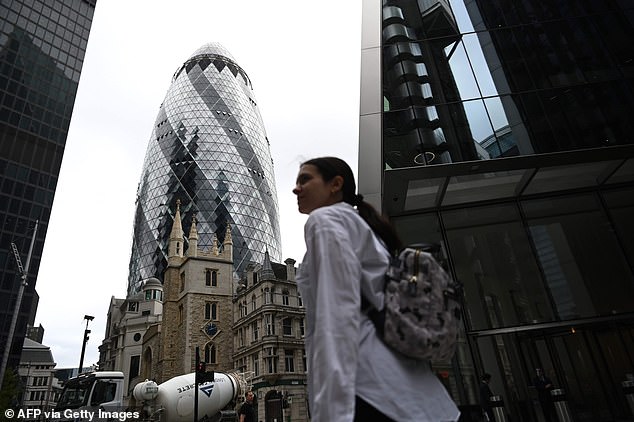 Chief executive of Leesman, Tim Oldman, told The Telegraph: ‘It may be that we are still enjoying the novelty factor, because our technology is supporting us and certain things the home is supporting better than any office – such as business confidential conversations.

‘The overall picture in the UK is one of home supporting work really well and some incredibly well, but it is also worth saying that between 20 and 30 per cent of the working population home is not supporting work at all well.

‘Work-life balance is another really interesting one, because a year ago people would have been saying the more you allow an employee to work from home the better they can command a work-life balance – but it’s at the bottom of the league table in almost every client survey we report back on.’

More than 20 of Britain’s biggest businesses have already said they aren’t expecting their staff to come back to the office before next year, despite the Government’s ‘back to work’ campaign.

The majority have told their employees that they can come in if they would like but they are not pressured to do so.

At the beginning of this month Boris Johnson called for ‘those of us who can’ to return to offices, shops and restaurants in a bid to kickstart the economy.

He warned: ‘If we don’t, I’m afraid we will see further job losses and a loss of some of those fantastic businesses that we see in our cities.’

Fund manager, Schroders, was the first major London institution to tell its thousands of employees that they could carry on working from home after the pandemic.

Chris Gray, the UK director of ManpowerGroup, told The Telegraph: ‘What is key for employers is to find the balance and not paint all employees with a broad-brush; just as many individuals who want more remote working would like it with the option of a physical workplace a few days a week.’