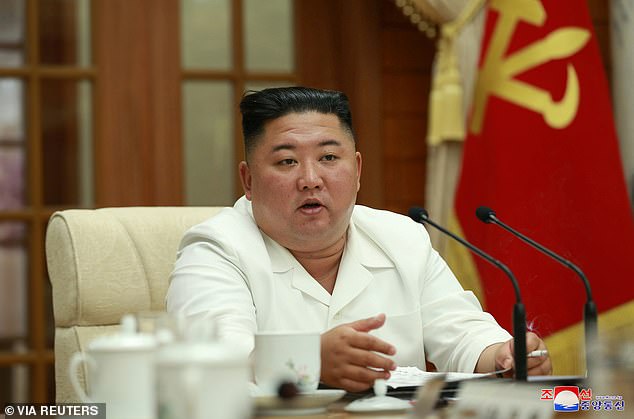 North Korea has issued new pictures of leader Kim Jong-Un just days after a South Korean diplomat claimed he was in a coma.

The dictator was shown at an enlarged meeting of the politburo of the Workers Party, the state-controlled Korean Central News Agency said.

He called for prevention efforts against the coronavirus and a typhoon, according to KCNA, whose photographs cannot be verified for their date.

It comes two days after Chang Song-min, ex-aide to late-South Korean president Kim Dae-jung, claimed Kim has been in a coma since April, with his appearances faked.

The dictator was shown at an enlarged meeting of the politburo of the Workers Party, the state-controlled Korean Central News Agency said 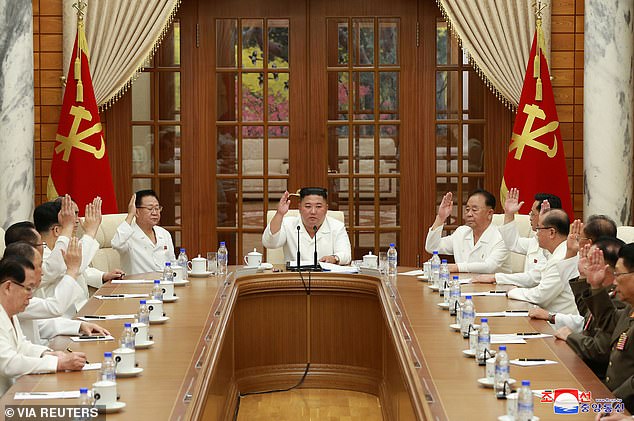 He called for prevention efforts against the coronavirus and a typhoon, according to KCNA, whose photographs cannot be verified for their date

Wednesday’s meeting took place amid a pandemic that is heaping more pressure on the North Korean economy, battered by recent border closures and flood damage.

The meeting assessed ‘some defects in the state emergency anti-epidemic work for checking the inroads of the malignant virus’, KCNA said in a statement.

North Korea has not reported any confirmed cases of the novel coronavirus, but Kim said last month the virus ‘could be said to have entered’ the country.

He imposed a lockdown after a man was reported to have symptoms but later test results on the man were inconclusive, according to the World Health Organisation.

Kim had this month lifted a three-week lockdown in the city of Kaesong after a suspected case of the coronavirus there.

The meeting discussed state emergency measures on preventing crop damage and casualties from Typhoon Bavi, which is expected to hit the country within days. 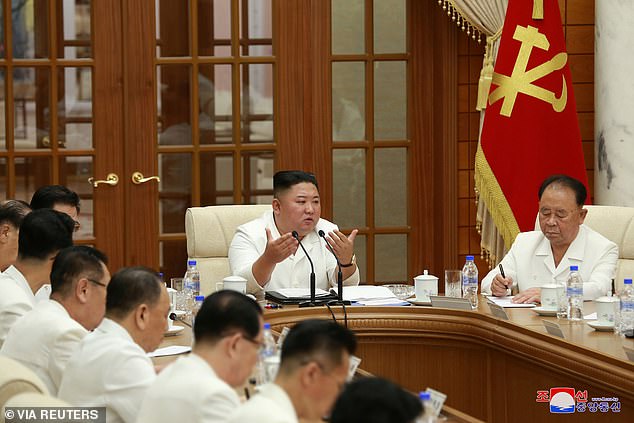 Wednesday’s meeting (pictured) took place amid a pandemic that is heaping more pressure on the North Korean economy, battered by recent border closures and flood damage 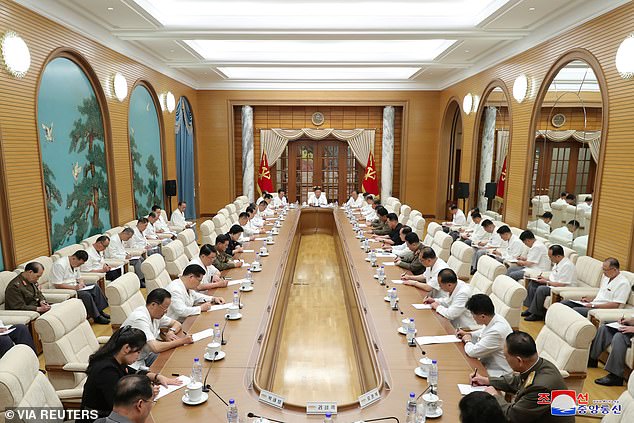 The meeting (pictured) assessed ‘some defects in the state emergency anti-epidemic work for checking the inroads of the malignant virus’, KCNA said in a statement

Heavy rain and flooding have raised concern about food supplies in the isolated country.

The ruling party said it will hold a congress next year to decide a new five-year plan after a party meeting noted serious delays in improving the national economy.

Chang speculated Kim Yo-jong, the dictator’s younger sister, is being groomed for leadership after spy chiefs claimed she was promoted to de-facto deputy leader.

Intelligence officials are said to have told a closed-door meeting of security chiefs Kim had put his sister in charge of foreign policy toward the US and South Korea.

The role, which has not been confirmed, would make her de-facto second-in-command of the country.

Chang said such a move is unprecedented in North Korea’s history and would only occur under two scenarios – if Kim was gravely ill, or if there had been a coup. 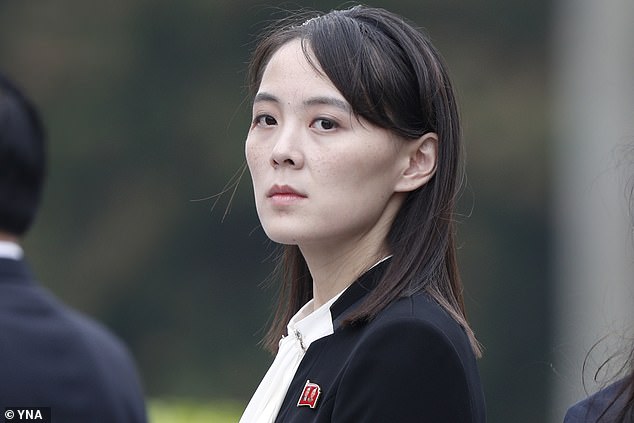 Kim Yo-jong, 33, (pictured above) is in prime position to take over some of her brother’s powers, according to Chang Song-min

Of the two possibilities, Chang wrote on Facebook: ‘I assess him to be in a coma, but his life has not ended.

‘A complete succession structure has not been formed, so Kim Yo-jong is being brought to the fore as the vacuum cannot be maintained for a prolonged period.’

That would mean all of Kim’s recent public appearances have been faked, including one of him at a party meeting last week.

Observers previously suggested Kim could be using a body-double after images of him at a fertiliser factory – published after he disappeared for 21 days – seemed to show several physical differences.

The site pointed out the former diplomat – now a popular commentator on conservative news outlets – made the same remarks earlier this year.

After ‘greatly embarrassing’ himself by commenting on the leader’s health before he reappeared in public, Chang is now trying to validate his opinions, the site said. 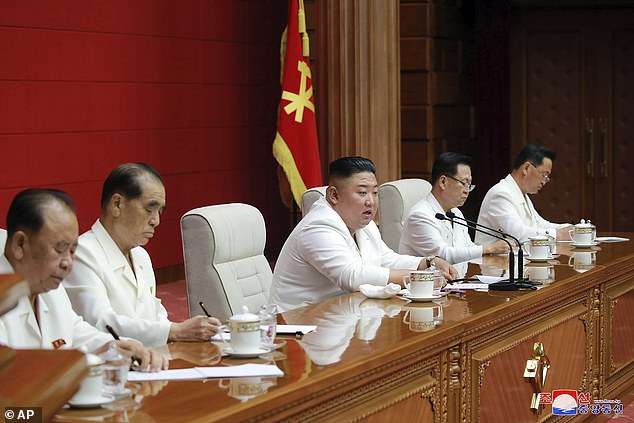 Earlier this week, it was claimed Kim had promoted his sister to second-in-command of North Korea. Pictured: Kim (centre) attends a plenary meeting of the Workers’ Party in Pyongyang on August 19

Other North Korean experts had cast doubt on the initial intelligence from South Korea, which they pointed out has been wrong in the past.

In 2016, the agency reported chief of the army Ri Yong-gil had been executed, only to subsequently report that he was still alive.

Kim, said to be 36, has only been seen a handful of times this year amid speculation in April a ‘botched’ heart operation had left him in a critical condition or even dead.

While he has appeared in public multiple times since then, his schedule has been dramatically reduced.

Meanwhile Kim Yo-jong has been taking on a much larger public profile in recent months, including taking the lead on diplomacy with South Korea.

In June, she gave the order to blow up a joint liaison office with South Korea amid fury at propaganda leaflets being sent over the border.

She was also charged with organising a counter-leaflet campaign in revenge, and ordered loudspeakers playing propaganda messages to be erected along the border.

And she threatened South Korea with unspecified military action, until Kim ordered the threat to be withdrawn.

Observers said it was possible North Korea was trying to boost the leadership profile of the younger Kim, in the event she has to step in for her brother if his health fails.

Others suggested the pair were trying to develop a ‘good cop, bad cop’ dynamic, potentially giving them an edge in negotiations with foreign powers.