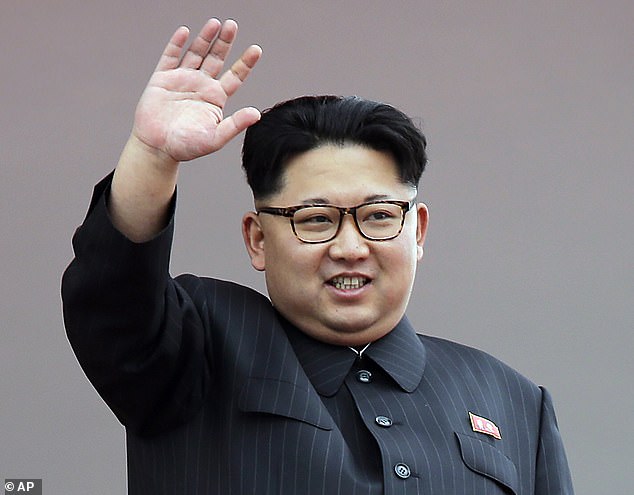 North Korea’s nuclear activity is a ‘cause for serious concern’ with some facilities continuing to operate, UN watchdog warns

By Ian Noble For Mailonline and Afp

North Korea continues to operate some nuclear facilities and its activities remain ‘a cause for serious concern’, the UN’s nuclear watchdog said.

The International Atomic Energy Agency (IAEA) reported to its members that the continuation of the secretive country’s nuclear programme was in clear violation of relevant UN Security Council resolutions.

It added that the ongoing nuclear scheme by the DPRK, North Korea’s official name, was ‘deeply regrettable’.

The Vienna-based UN agency issued a report on Tuesday, which it publicised today, outlining its concerns.

Kim Jong Un, leader of North Korea, whose country has been accused of breaching international law by continuing nuclear research

It stated that since its last report in August 2019 there were ‘indications consistent with the production of enriched uranium’ at the reported Yongbyon nuclear site.

The IAEA said that it had not had access to the Yongbyon site or other locations in North Korea.

Instead it states it based its analysis in the report on the ‘information available to it’, including open source information and satellite imagery.

An absence of steam or cooling water discharge at the site, said the IAEA, meant ‘it is almost certain that the reactor has remained shut down since early December 2018.’

But there had been evidence of ongoing reactor maintenance, including the regular presence of a probable carbon dioxide tanker along with other related activities the report added.

Members of the IAEA will meet for its annual General Conference and regular board of governors later this month where it will consider the report.

The IAEA report has called on North Korea to ‘comply fully’ with its international obligations and to ‘co-operate promptly’ with the agency.

Officials in Pyongyang expelled IAEA inspectors from the Yongbyon nuclear site in 2009 and has refused to allow agency inspections on its territory since.

In addition the US government, which claims that Pyongyang has scaled back its nuclear ambitions, warned on Tuesday that North Korea continues to acquire material and equipment for a ballistic missile programme. 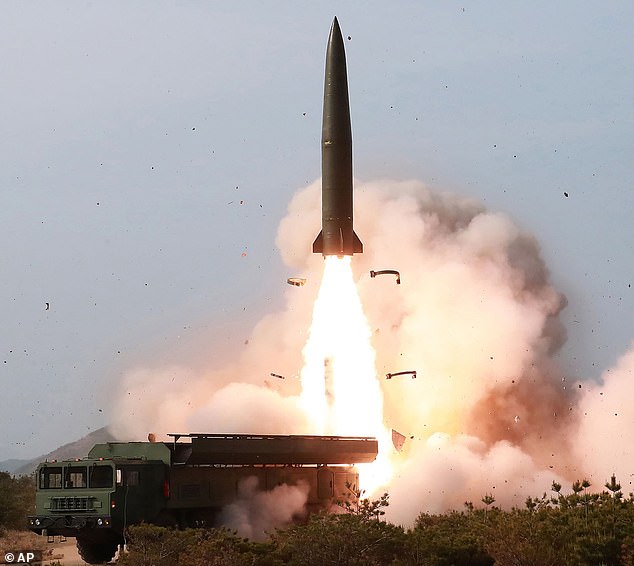 A joint advisory of the US Treasury, Commerce and State departments has detailed North Korea’s efforts to gain everything from forestry trucks for missile launchers to materials that can be used in rockets.

This has led the US government bodies to warn sellers of current sanctions which are in force on North Korea.

It comes as negotiations between the two countries aimed at halting North Korea’s nuclear weapons progress, launched with a fanfare in 2018 by President Donald Trump and Kim Jong Un, have remained at a standstill since early last year.

Yet two months before the US presidential election Trump and his campaign have claimed success in dealing with North Korea.

Indeed Secretary of State Mike Pompeo has applauded the president for ‘lowering the temperature.’