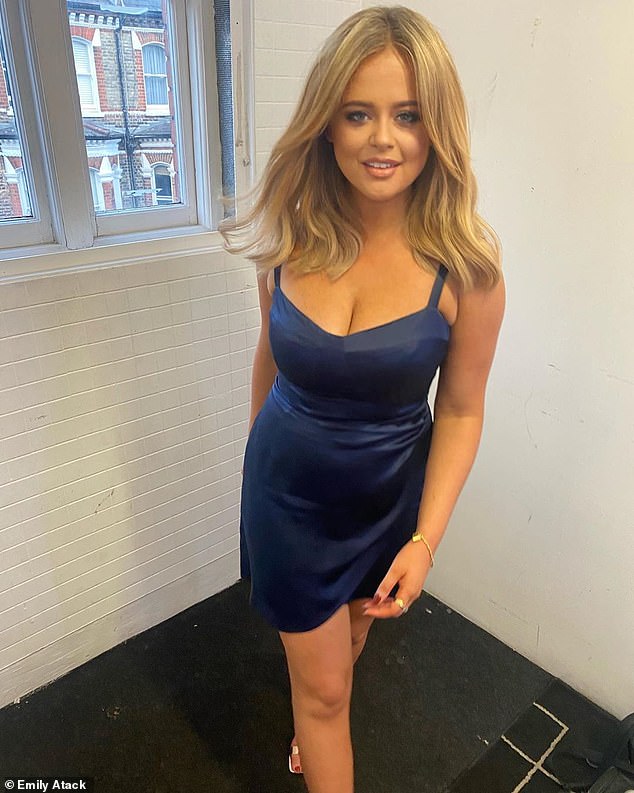 By Natasha Hooper For Mailonline

She takes centre stage in The Emily Atack Show which debuts in autumn this year.

And Emily Atack displayed her enviable curves in a demure navy dress as she shot episodes for the new serues on Tuesday.

The actress, 30, looked effortlessly chic as she posed up a storm during for her first day of filming.

Lady in blue: Emily Atack displayed her enviable curves in a demure navy dress as she filmed episodes for The Emily Atack Show which airs in autumn this year on ITV2

The Inbetweeners star exuded sophistication and glamour in a satin wrap dress from the brand Reformation, which she paired with delicate gold jewellery and gold heels.

Emily styled her blonde tresses in a loose wave and opted for a makeup pallet of warm tones that enhanced her golden complexion.

On her Instagram story, the Celebrity Juice panellist also discussed her first day of filming as she sported her second outfit of the day, a classy jade green blazer dress.

Emily said: ‘Show one is done, I’m home. I’m up so early tomorrow because I have to film two more shows tomorrow and then two more the next day. 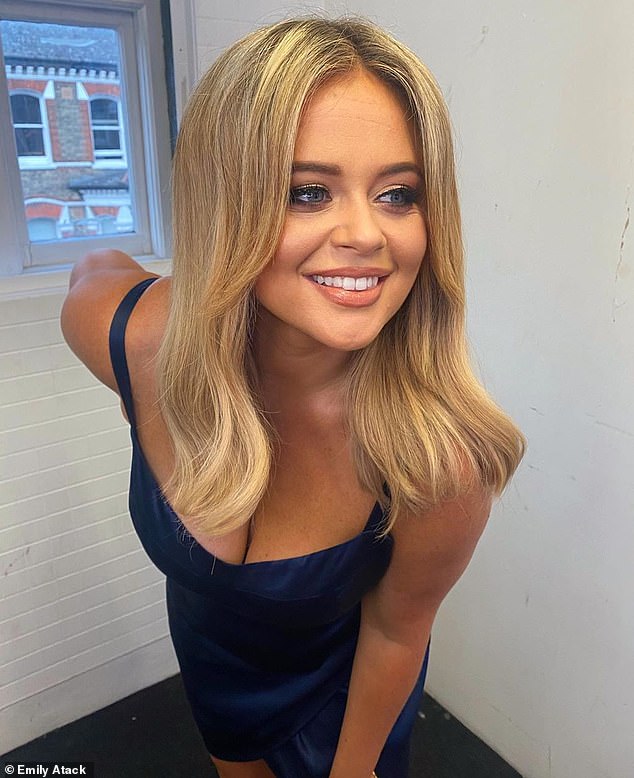 A lot to smile about: The Inbetweeners actress, 30, looked effortlessly chic as she posed up a storm during for her first day of filming on Tuesday

The actress gave an exaggerated yet comical sigh of exhaustion and added: ‘No, [but] it’s great, I’m having the best time, and thank you everybody for coming, it was a socially-distanced audience obvs.