She has a sensational summer body.

And Miley Cyrus put it on display this Tuesday as she posed up in a cherry red crop top and a pair of matching trousers.

The 27-year-old was laying barefoot on a sunlit cement floor, modeling a pair of scarlet-rimmed sunglasses. 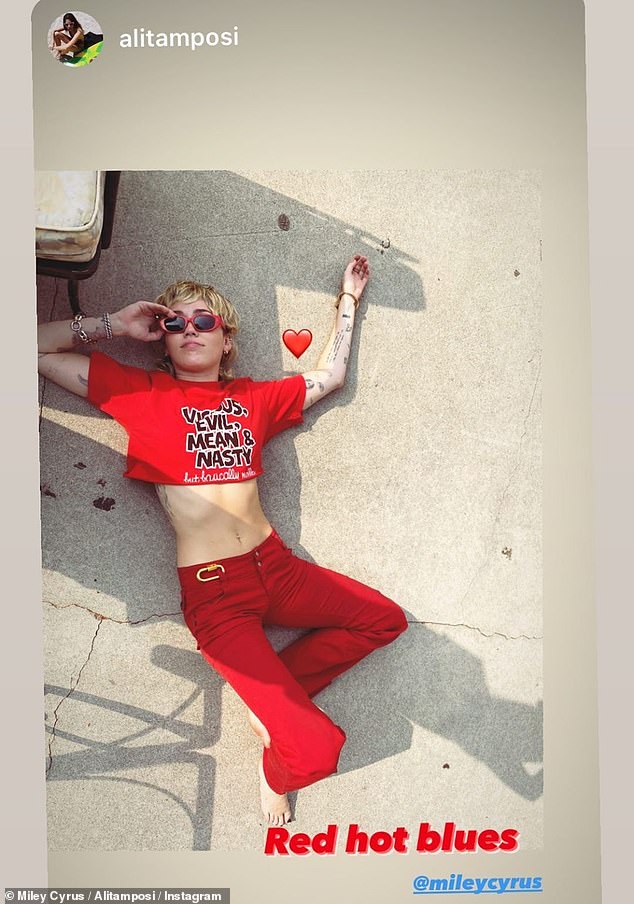 Sensational summer body: Miley Cyrus put it on display this Tuesday as she posed up in a cherry red crop top for a picture taken by Ali Tamposi

She appeared to have cut a chunk off a vintage T-shirt that read: ‘VICIOUS, EVIL, MEAN & NASTY…but basically mellow.’

The picture was posted by songwriter Ali Tamposi who was one of the people that helped pen Miley’s new single Midnight Sky.

Released one month ago today, the number will be featured on Miley’s next album She Is Miley Cyrus which has not yet had its release date made public.

Miley also made sure to also bring the party to her own Insta Stories, sizzling up a storm in slinky skintight leather trousers during her ‘Studio daze.’ 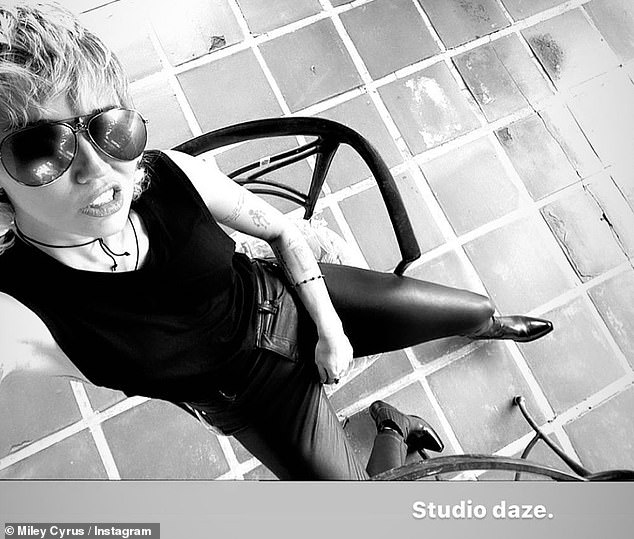 Radiant: Miley also made sure to also bring the party to her own Insta Stories, sizzling up a storm in slinky skintight leather trousers during her ‘Studio daze’

During a recent interview on the Australian radio show Fitzy & Wippa she dished about the night out drinking that helped influence Midnight Sky.

Miley, who announced in June that she was six months sober, was referring to the lyric: ‘Yeah, it’s been a long night and the mirror’s tellin’ me to go home.’

The evening out that inspired the number occurred after ‘I went and performed at the Morrison hotel anniversary with The Doors.’

She shared: ‘I ended up going out that night, and I went to take a picture because there was so many icons, Billy Idol, all these legends.’ 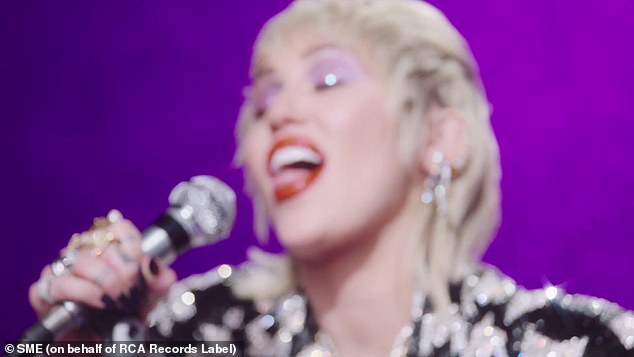 Singing up a storm: Ali helped write Miley’s new single Midnight Sky which is slated to appear on her next album She Is Miley Cyrus

Miley confessed: ”I go to take a picture, and it was on selfie-style. With all this partying, I looked horrible, sweaty and flat, mascara dripping down my face and I thought: “Well, it’s time to go home!”‘

Around the time the number was released Miley confirmed on Instagram that she had called it quits with her 23-year-old Australian beau Cody Simpson.

The duo were longtime pals and Miley was even pictured attending Cody’s star-studded 18th birthday bash. 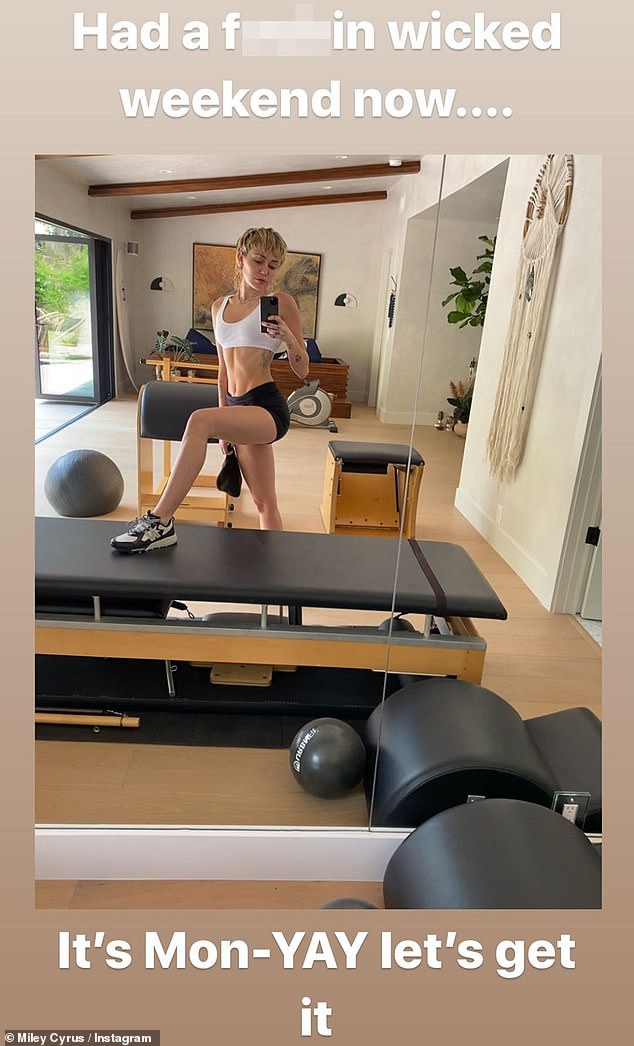 Ringing in the week: Miley showed her exes what they are missing declaring that she ‘Had a f***in wicked weekend now….It’s Mon-YAY let’s get it’

‘Miley is one of my best friends and she helps with some of that transitional stuff – trying to escape your childhood,’ Cody told GQ Australia that year.

Her split from Cody came a year after her split from her husband Liam Hemsworth, whom she was married to for about nine months.

After she separated from Liam she had a whirlwind summer romance from Kaitlynn Carter who had herself recently split from reality TV dreamboat Brody Jenner.