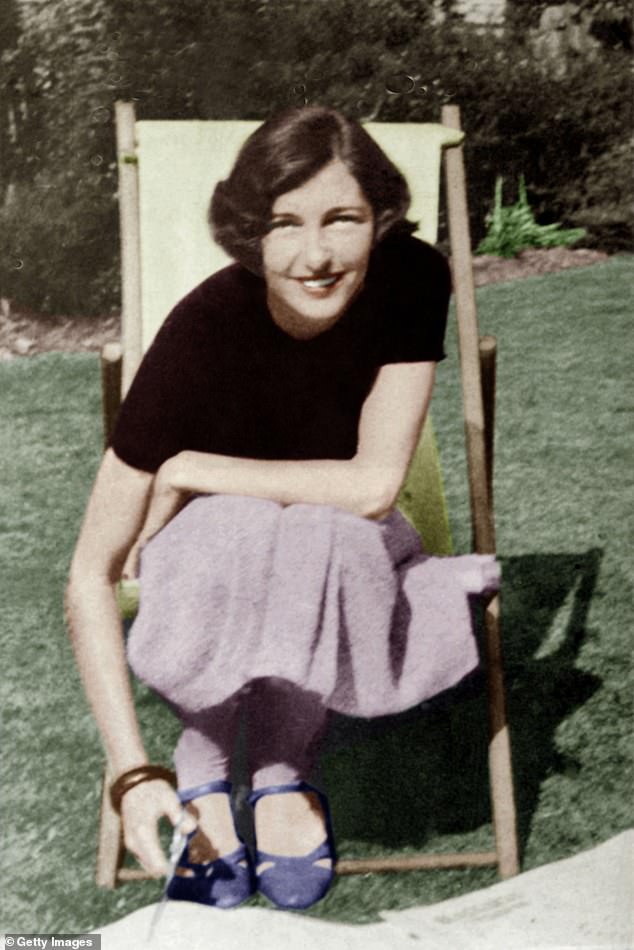 A wartime spy described as Winston Churchill’s favourite has finally been remembered with a blue plaque.

Christine Granville, who was born Krystyna Skarbek in Warsaw, joined British intelligence in 1939 and is said to have inspired Ian Fleming’s spy character Vesper Lynd.

She struggled after the war and was given cheap lodgings at a London hotel run by the Polish Relief Society.

Krystyna Skarbek, aka Christine Granville, (pictured) was one of the most effective special agents to serve Britain during the Second World War

The English Heritage Blue Plaque has been unveiled at the former Shelbourne Hotel (now 1 Lexham Gardens), in Kensington, and is inscribed with both her original name and the one she adopted.

Author Clare Mulley, who penned Granville’s biography The Spy Who Loved, said: ‘All too often women in the Resistance are remembered for their beauty and courage, while their achievements are overlooked.

‘Krystyna Skarbek, aka Christine Granville, was one of the most effective special agents to serve Britain during the Second World War, male or female.

‘Her achievements, which included securing the defection of an entire German garrison in a strategic pass in the Alps, and saving the lives of many of her male colleagues, led Churchill to call her his favourite spy, and Britain to honour her with the George Medal and OBE.’

The spy, who used several different aliases, was issued with a British passport in the name of Christine Granville early in the conflict.

She later wrote: ‘I want to keep the name Granville that I have made for myself, and of which I am rather proud.’ 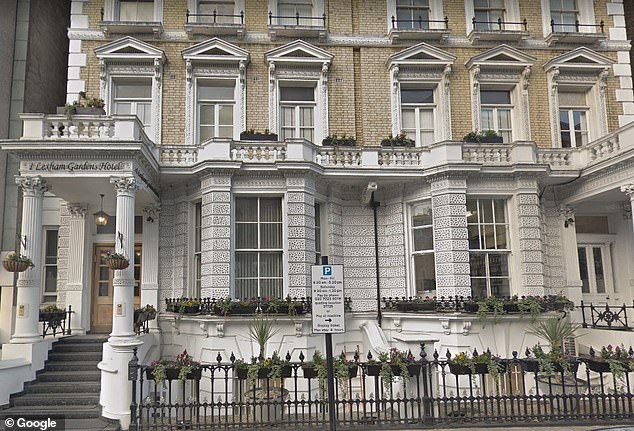 The former Shelbourne Hotel (now 1 Lexham Gardens in Kensington, pictured above) run by the Polish Relief Society was Christine Granville’s home from 1949 until she was murdered by a stalker in 1952

Granville struggled after the war, returning to London in early 1949 and drifting through a string of short-lived menial jobs before becoming a stewardess on cruise ships.

She was provided with cheap accommodation at The Shelbourne Hotel – run by the Polish Relief Society – which was her home from 1949 until she was murdered by a stalker in 1952.

Author Michael Morpurgo’s uncle, a British agent, was one of many people she saved.

The writer said: ‘Her extraordinary courage was forged by a love of freedom, a hatred of the invader and a love of her beloved Poland. 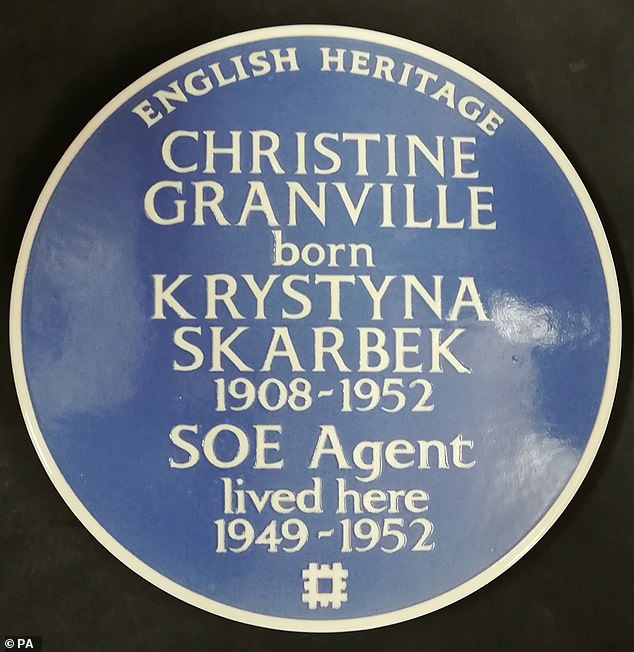 ‘She fought for the Resistance in Poland and France against a cruel and ruthless enemy with fierce determination and saved countless lives including that of my uncle, also in the SOE (Special Operations Executive), Francis Cammaerts.

‘Christine Granville helped preserve our freedom and for that we should be ever grateful to her.’

Arkady Rzegocki, the Polish Ambassador to London, said: ‘Skarbek impressed British Prime Minister Winston Churchill so much he dubbed her his favourite spy… I am proud and pleased that English Heritage is honouring Krystyna Skarbek with a Blue Plaque to pay tribute to the memory of one of the most remarkable Second World War secret agents.’

Only 14% of more than 950 Blue Plaques in London celebrate women.

The charity said that ‘if we are to continue to see a significant increase in the number of blue plaques for women, we need more female suggestions’.