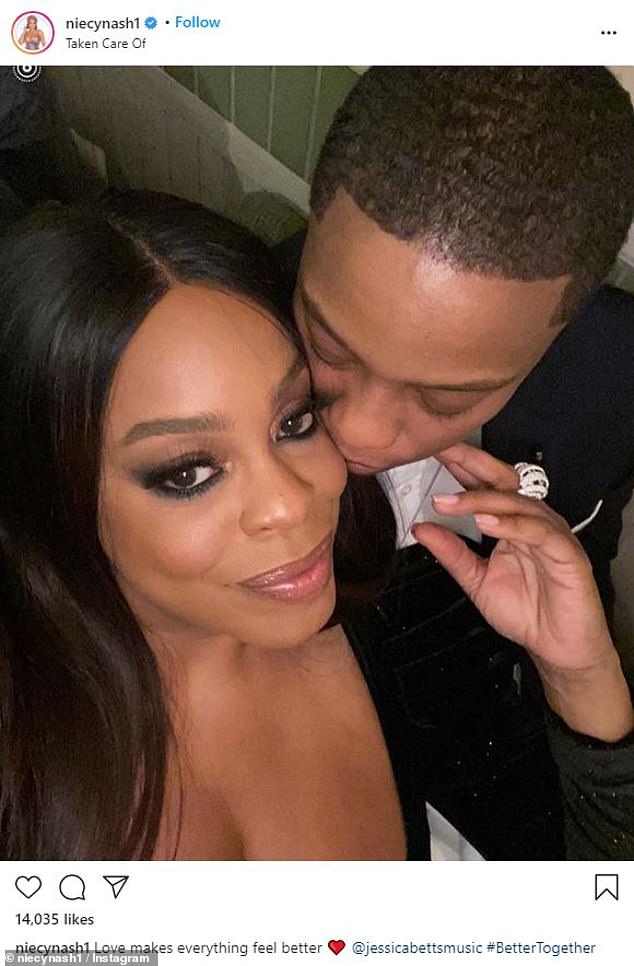 By Deirdre Simonds For Dailymail.com

Just three weeks ago, Niecy Nash married singer Jessica Betts in a surprise wedding with an intimate ceremony at their home in Ventura County, California.

And on Saturday, the 50-year-old actress praised her wife for already sticking by her side in sickness and in health, as she recovered from a broken foot.

‘Love makes everything feel better,’ captioned a selfie of Betts kissing her cheek, hours after sharing the news of her painful injury on Instagram.

Support system: Niecy Nash praised her wife, Jessica Betts, for sticking by her side in sickness and in health, as she recovered from a broken foot

Earlier in the day, Nash shared a video of her elevated leg wrapped up in bandages from bed and a teary-eyed selfie.

‘Here’s my broken foot. Broken in not one, not two, but three places,’ she told her 2.4 million followers.

When asked by Saturday Night Live alum Leslie Jones how the break occurred, the Emmy winner revealed she ‘fell & twisted it.’ 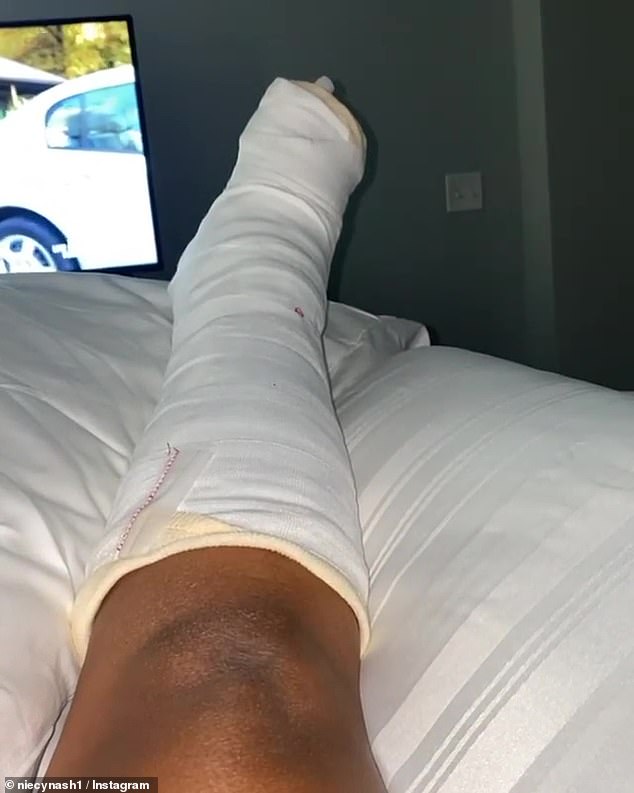 ‘Here’s my broken foot. Broken in not one, not two, but three places,’ she could be heard telling her 2.4 million followers

Despite confessing she ‘cried like a baby’ from the pain, Nash poked fun at herself, calling herself ‘clumsy.’

Additionally, the mother-of-three asked for prayers because ‘a sista can’t fly with one wing.’

The comedienne’s injury puts a slight snag on her newlywed bliss, after marrying her longtime friend, 41, at the end of August. 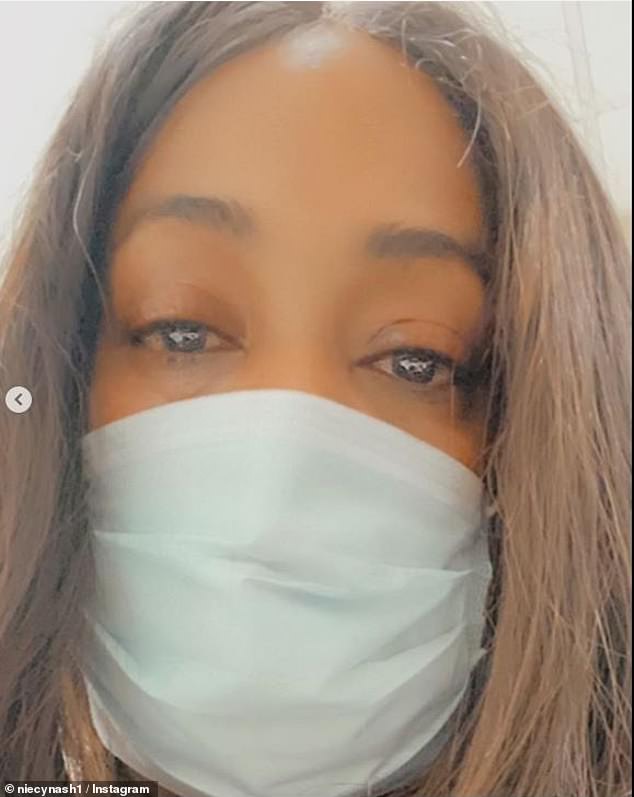 Pushing through: Despite confessing she ‘cried like a baby’ from the pain, Nash poked fun at herself, calling herself ‘clumsy’

The wedding came as a surprise because she had just divorced her ex-husband, Jay Tucker, in March.

Their announcement also marked the first time Nash revealed she was romantically involved with Betts, who sang at her wedding to Jay in 2011.

‘I don’t feel like my marriage is my coming out of anywhere, but rather a going into myself and being honest about who I love. And I’m not limiting myself on what that love is supposed to look like,’ she recently told People.

‘I was not suppressing my sexuality my whole life,’ said the TV star. ‘I love who I love. At one point in my life, I married twice and I love those people. And today I love this person.

‘I’ve done everything I wanted to do on my own terms and my own way. So my choice now in a partner has nothing to do with who I’ve always been. It’s a matter of who I am in this moment.’

Nash also shared she became close friends with Jessica in 2015. 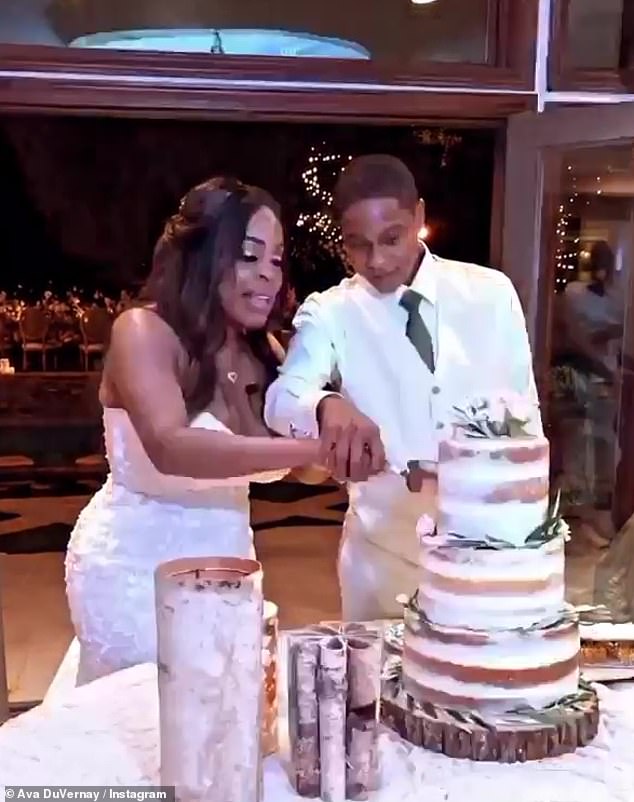 Love wins: The wedding came as a surprise because she had just divorced her husband. Nash, Jay Tucker in March

But at the time, she was happy with her husband and didn’t see the singer as someone she would date.

But then in October 2019, Niecy told the outlet, something changed.

‘I loved her before I was in love with her because she is such a special human being,’ said Nash.