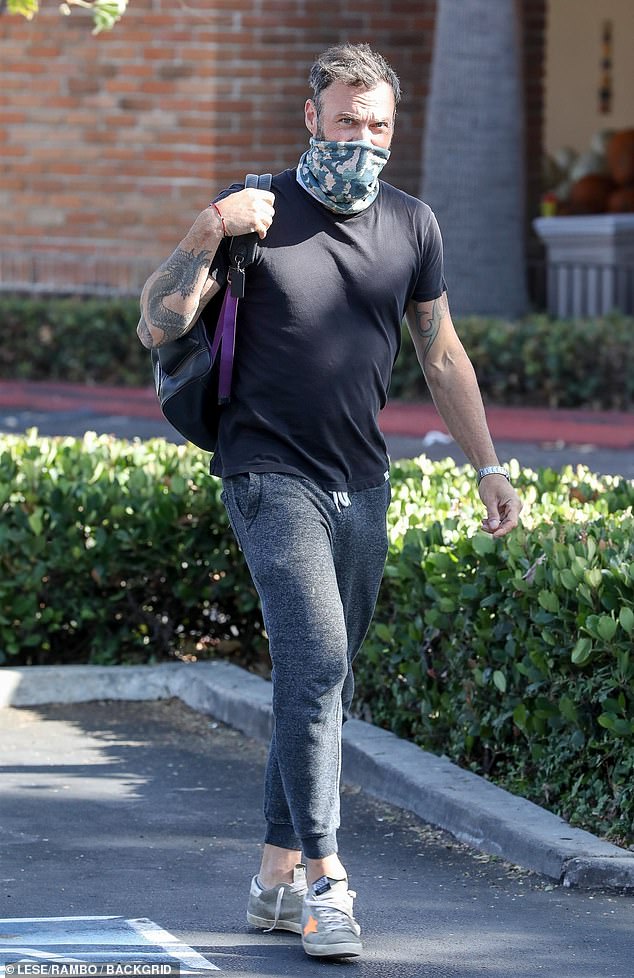 Brian Austin Green has been linked with television personality Courtney Stodden and Australian Instagram model Tina Louise in the wake of his split from estranged wife Megan Fox.

But on Sunday, the Beverly Hills 90210 star opted to go it alone when he stepped out to pick up some groceries at a Ralph’s grocery store in sunny Malibu.

With the COVID-19 pandemic still raging in Southern California, the Los Angeles native wore a camouflage face covering during his time outside of quarantine.

Solo: Brian Austin Green, 47, stepped out of quarantine for a grocery run in Malibu on Sunday

Green, 47, kept it casual in the fashion department in charcoal sweatpants and a black t-shirt that helped show off his toned physique.

He also donned a pair of grey sneakers as he carried a black backpack over his shoulders.

After browsing inside the store, the father of four was seen pushing a cart full of groceries towards his car. 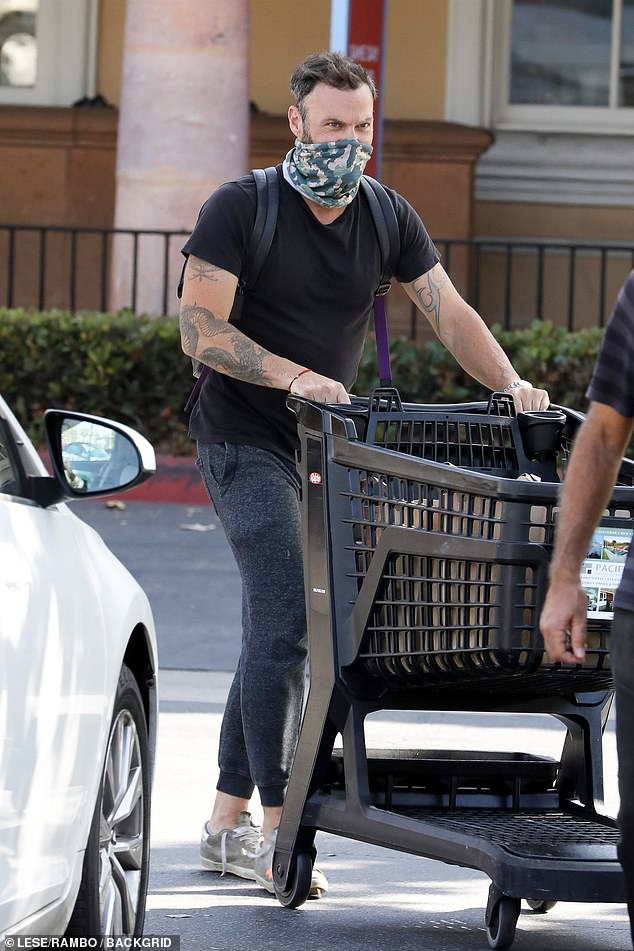 Casual: The Beverly Hills 90210 star kept it casual in sweatpants and a t-shirt, while adhering to health and safety protocols by wearing a face covering amid the COVID-19 pandemic

The actor has seen his fair share of headlines related to his personal life in recent months.

Back in May, Green confirmed his split from wife Megan Fox after 10 years of marriage during an episode of his podcast …With Brian Austin Green. During his confession, he maintained that infidelity did not play a role in their separation and that he will alway have love for Megan. 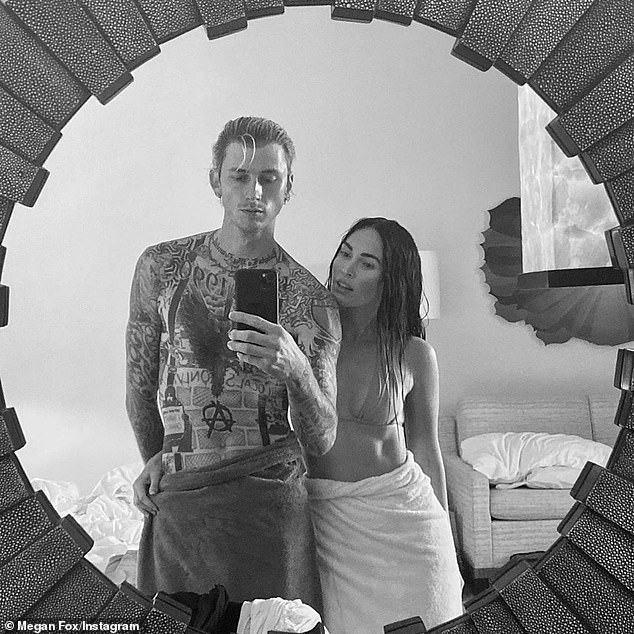 Around that same time Fox was romantically linked with actor and musician Machine Gun Kelly, who reportedly got close while shooting the upcoming thriller film Midnight In The Switchgrass. 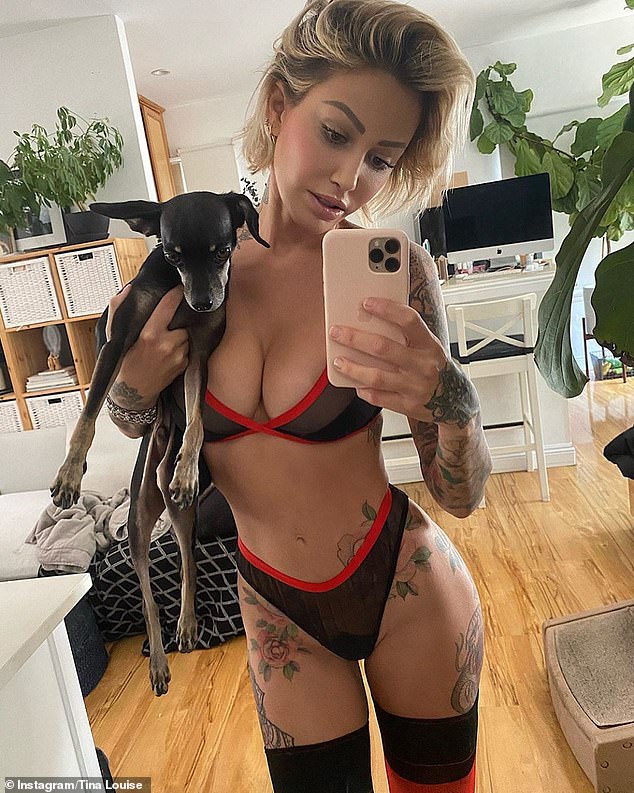 Moving on: Since his split from Fox, Green has been seen with Instagram model Tina Louise 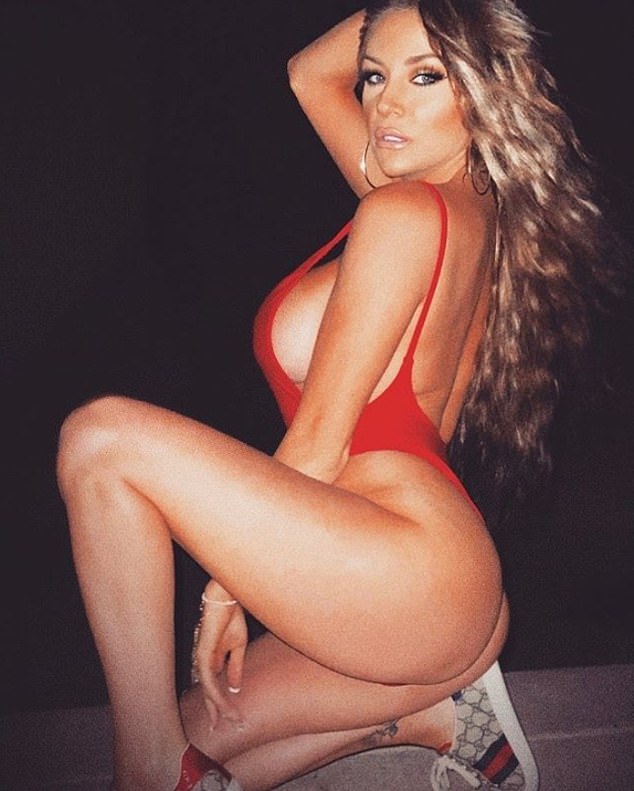 Moving on: Green has also been linked to Courtney Stodden in the wake of his separation