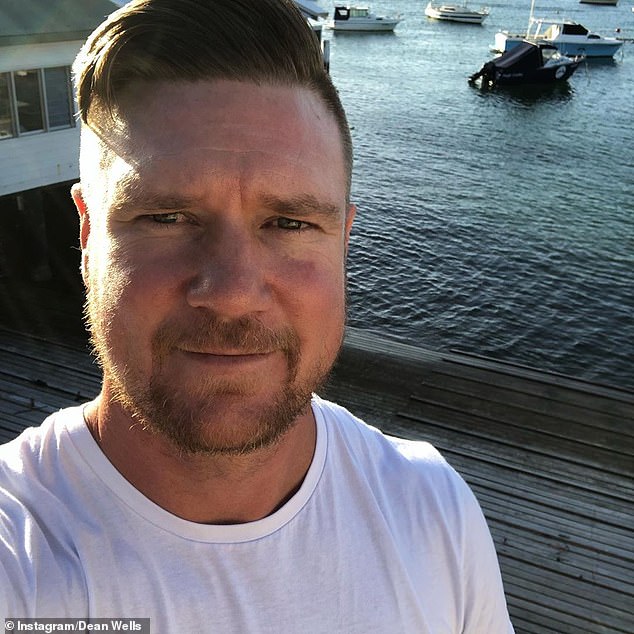 By Candice Jackson and Shive Prema For Daily Mail Australia

Dean, who shared a rather tumultuous ‘marriage’ with Tracey on the show, surprised fans when he shared a sweet message to his TV ex-wife.

‘Massive congrats to @traceyjewel_ify and her partner Nate on their pregnancy announcement!’ Dean, 42, captioned an old photo with Tracey.

On Saturday, the 37-year-old reality star shared an Instagram picture with boyfriend Nathan Constable, along with a sonogram, to reveal they were expecting a child.

Proving that things were well between the pair, Dean also said Tracey had agreed to appear on his podcast in an upcoming episode.

‘I am going to be chatting with Tracey this week on Dangerous Ideas about that, feminism and many other topics. Comment on here if you have any questions you would like to ask,’ he said. 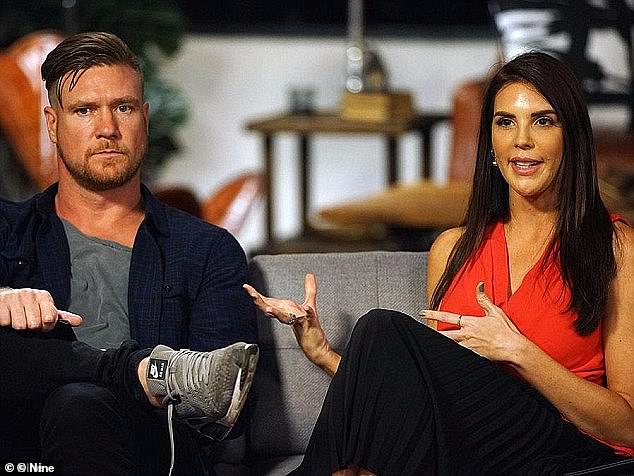 ‘I am going to be chatting with Tracey this week’: Dean congratulated Tracey on her pregnancy and told fans they were on good terms and would be recording a podcast episode together soon for his show. Pictured on the 2018 season of MAFS 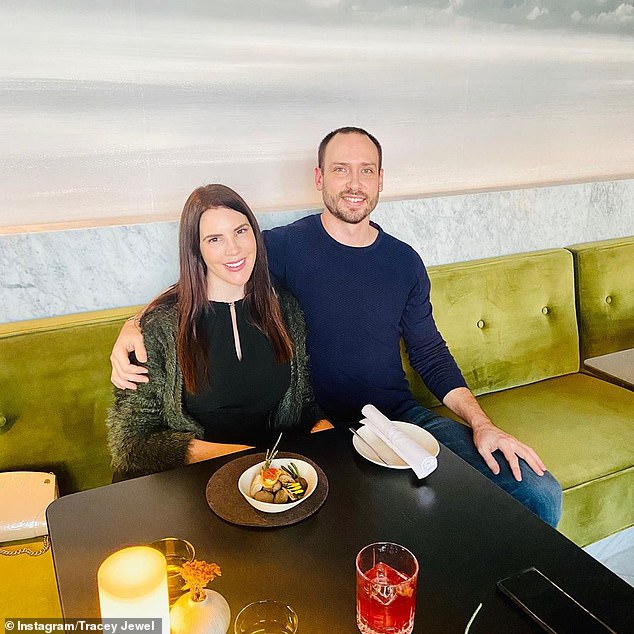 ‘We’re having a baby!’ Married At First Sight’s Tracey Jewel announced on Saturday that she’s pregnant and expecting a child with boyfriend Nathan Constable (both pictured)

‘I have always believed in second chances and my second baby I’ve been waiting so long for,’ she added.

‘My daughter Grace is going to be an amazing big sister and I’m so so grateful to be experiencing pregnancy and motherhood again with my love Nate x.’

She also posted a picture of her ultrasound and a baby onesie that read: ‘Coming soon.’ 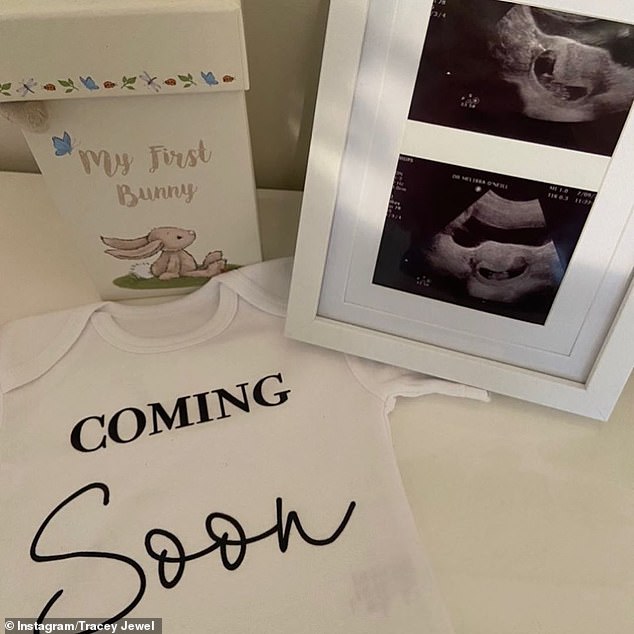 Now that’s an announcement! She also posted a picture of her ultrasounds and a baby onesie that read: ‘Coming soon’

While the pregnancy may come as a surprise for some, Tracey revealed she wanted to have a child with Nathan in January last year.

‘I definitely want more children, a hundred per cent! I’m only 36, I’ve got quite a few years left,’ she told WHO magazine.

‘I decided that going forward I definitely want kids so I need to be with someone where that’s an option. That door is open and that’s really important to me.’ 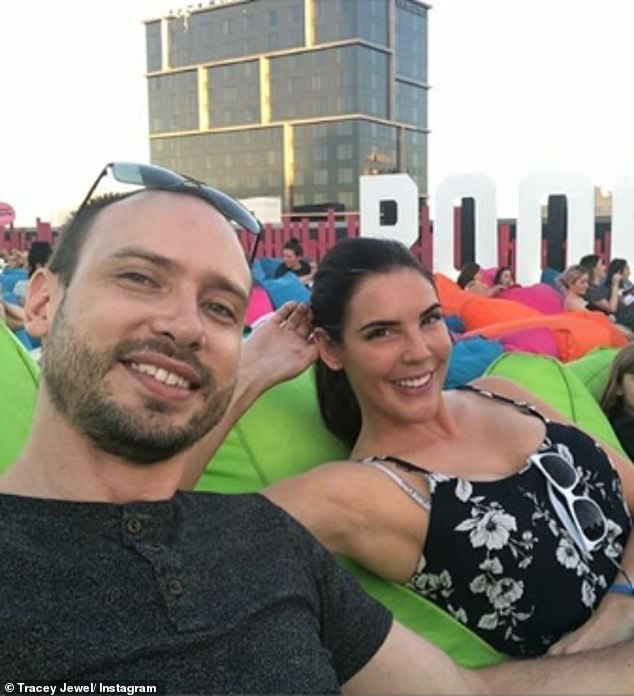 However, Tracey confessed she wasn’t planning on getting married anytime soon.

She explained that after two failed ‘marriages’ – including her non-legally binding nuptials to Dean Wells on MAFS – she was reluctant to tie the knot again.

‘I would much prefer to build a strong foundation in a partnership and have a family over marriage,’ she said. ‘Marriage, for me, doesn’t make a partnership anymore. So ever since MAFS my value system around that has completely changed.’

Tracey previously dated Nathan in high school before rekindling their romance at the start of last year. 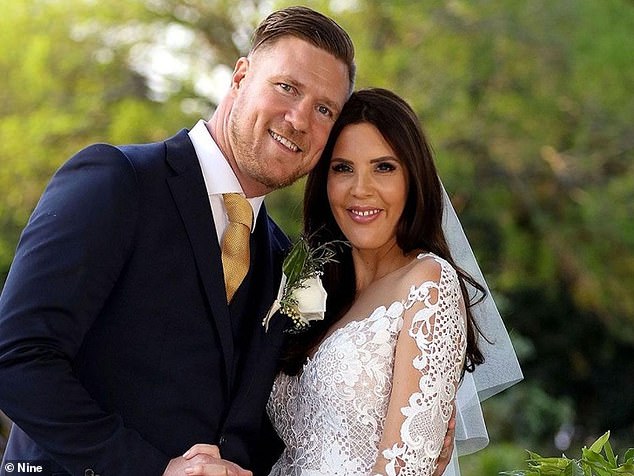 Long time coming: Tracey, who has an eight-year-old daughter from a previous relationship, previously told Who magazine she is keen to have more children but is reluctant to marry again after her experience on MAFS. She is pictured with her MAFS ‘husband’ Dean Wells