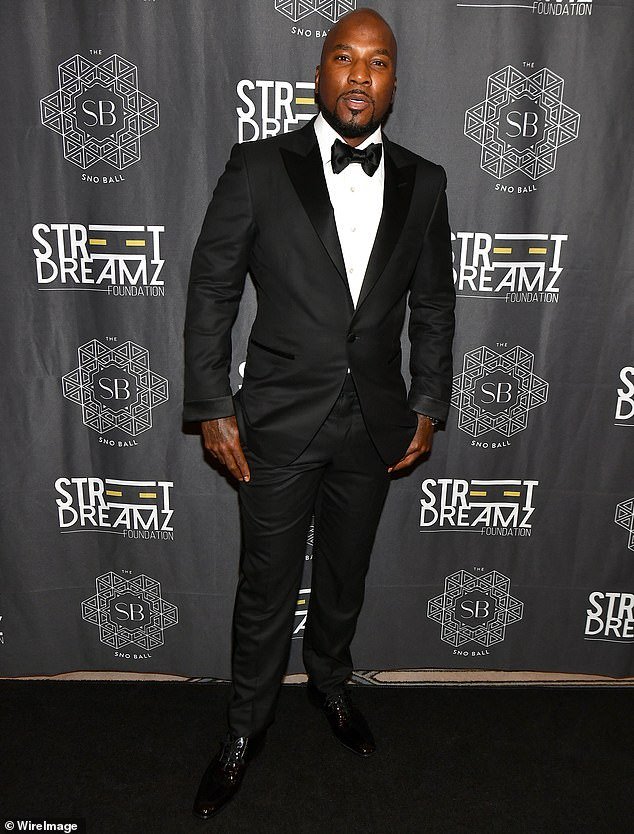 The 43-year-old rapper, who is engaged to The Real host Jeannie Mai, lost his mother following an undisclosed health battle as he shared masked-up funeral photos on Instagram followed by a video of her singing.

The performer penned a heartfelt caption as he signed off, ‘FORVER MY MOMMA’S BABY.’

‘Momma’s Baby’: Rapper Jeezy, 43, announced the passing of his mother late Wednesday with masked up funeral photos and a heartfelt video of her singing following an undisclosed health battle; seen in 2019 in Atlanta

‘Always told me I was Bigger than my circumstances. My Super Hero. Feared nothing or no one.. No obstacle or set backs. One of the only people in the world I could trust. When I had nothing or no one, I had you Mamma.

‘You was hard on me. I thank you for that. You gave me confidence when I didn’t have any. Made me feel like I can put the world on my back and walk barefoot. You never judged or down talked my dreams. Or my downfalls.’

The musician added that she encouraged him: ‘I thank GOD you got a glimpse of the Man and Woman you raised and all the good we gave to world all because you gave it to us. My faith is strong. I know God has you now. We let heaven borrow our Angel.’ 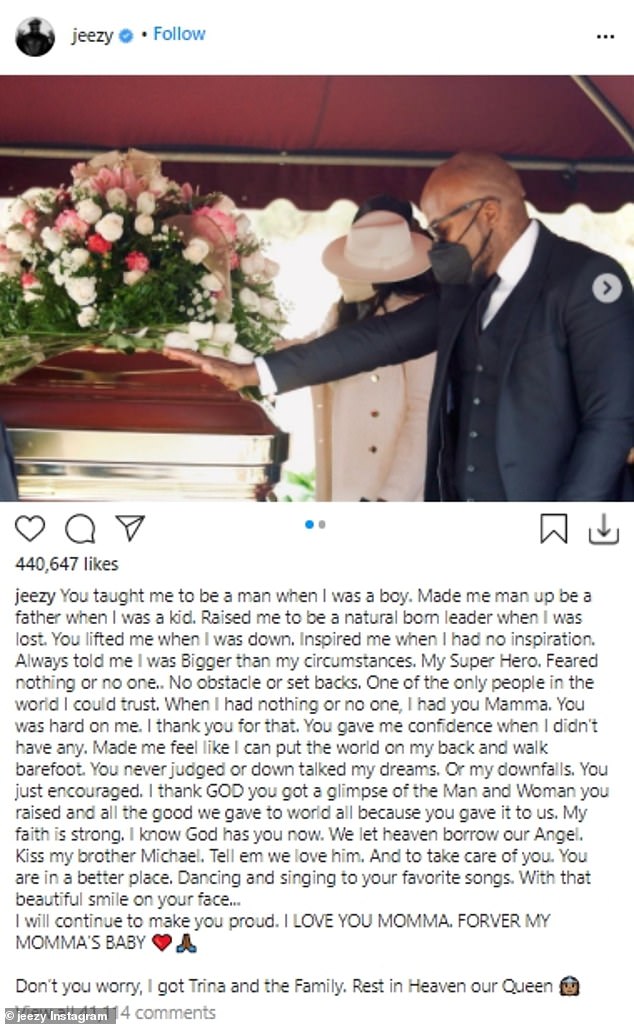 Undisclosed health battle: The rapper and his mother had a very close relationship as it was previously disclosed in a 2019 interview with Hot New Hip Hop that she had health-related issues 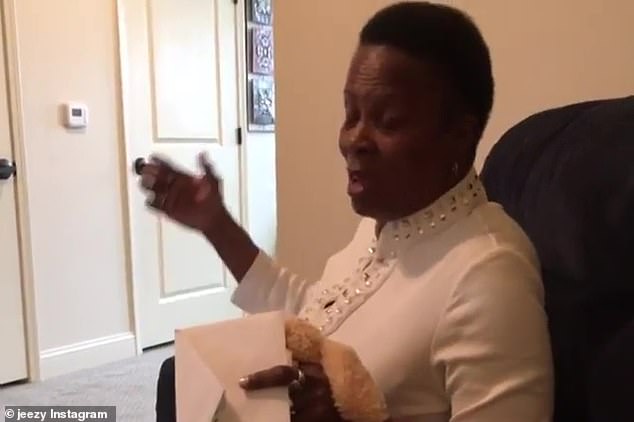 Private battle: Speaking on her health battle he said ‘she’s not healthy right now’ in 2019, adding that he dedicated his album to her

He then said: ‘Kiss my brother Michael. Tell em we love him. And to take care of you. You are in a better place. Dancing and singing to your favorite songs. With that beautiful smile on your face…I will continue to make you proud. I LOVE YOU MOMMA. FORVER MY MOMMA’S BABY

‘Don’t you worry, I got Trina and the Family. Rest in Heaven our Queen,’ he signed off.

He received an outpouring of support from his famous friends including rapper YG who sent their condolences.

The rapper re-kindled his relationship with his mom in adulthood, after he previously admitted to Rolling Stone in 2011 that he left home at 11-years-old and began dealing crack among other drugs.

In a 2019 interview with Hot New Hip Hop he had shared that she was having health problems. 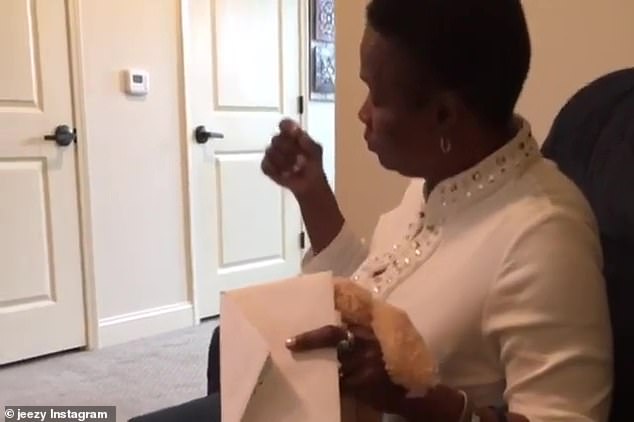 ‘Reality check’: ‘My mother got a situation, she’s not healthy right now,’ he told the publication, previously saying that she had battled drug addiction: ‘It was a reality check’ 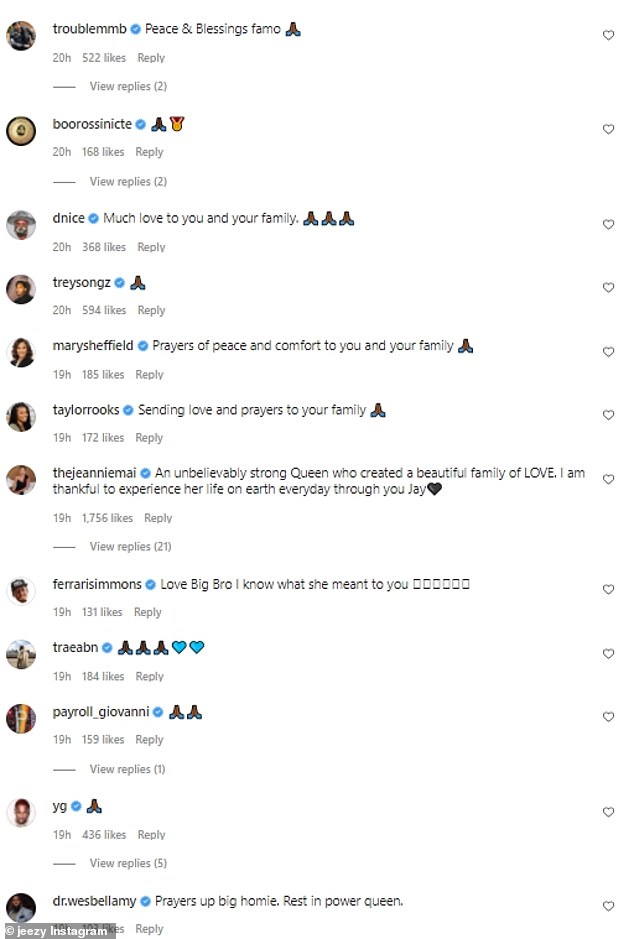 Sending prayers: The rapper received an outpouring of support on his post from famous followers including rapper YG

‘My mother got a situation, she’s not healthy right now,’ he told the publication, previously saying that she had battled drug addiction: ‘It was a reality check,’ he shared.

He also added in the interview that his 11th studio album, TM104: The Legend Of The Snowman, was influenced heavily by her and their relationship.

‘That record basically describes she’s the real MVP. When I jumped off the porch I took a lot of my time trying to come up, trying to take care of everybody. I didn’t really take the time to be a son.

‘Now, she’s not well, so when I see people moving around taking their mothers on tour or on vacation, doing things, it’s like “d*mn I gotta go see my mother in this place…”‘ 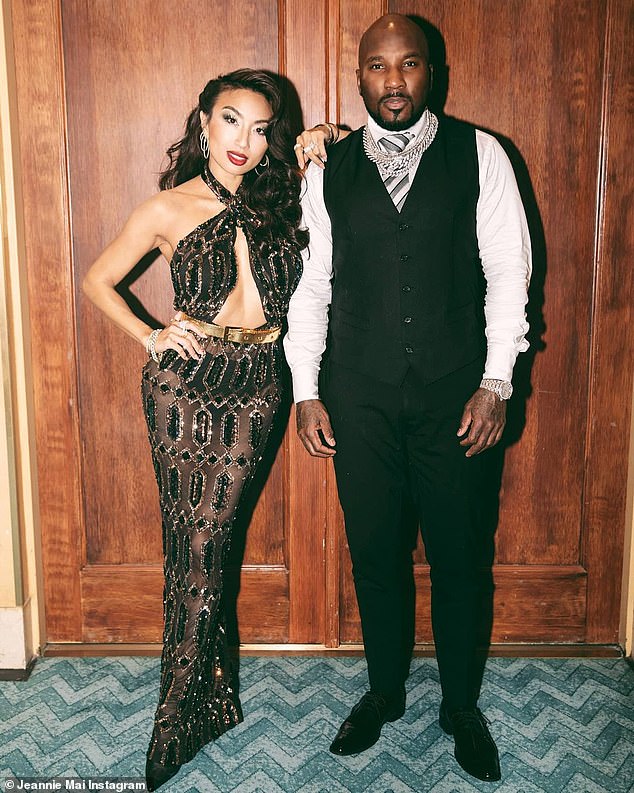 A good man: In a 2011 interview he shared that he and his mother had a fraught relationship after he left the family home at age 11 following her drug use, before he found himself dealing crack; pictured with fiancee Jeannie November 2020

‘It hurt, because I missed all that time. I can’t get none of it back. I didn’t get nothing but some money, so I didn’t really gain much. I lost my mom, but I thank her every day for giving me morals,’ he said.

In an interview with MTV media personality Sway Calloway on RapFixLive he spoke about seeing his mother struggling years ago amid her drug use.

‘Seeing my mother in that state…That was one of the most vulnerable times in my life. This is my mother, I love her to death. I didn’t understand how to deal with it, so I felt by distancing myself, that would help me get over it,’ he said while speaking about leaving his family home at a young age.

Though he alluded that her sobriety was a struggle, she managed to get clean and they repaired their relationship saying he was ‘proud’ and that it taught him a ‘lesson.’

‘It was painful, but at the same time, it taught me a valuable lesson in life. People can be the way they are, but as long as they’re willing to change; that’s what you’ve got to look at,’ he shared. 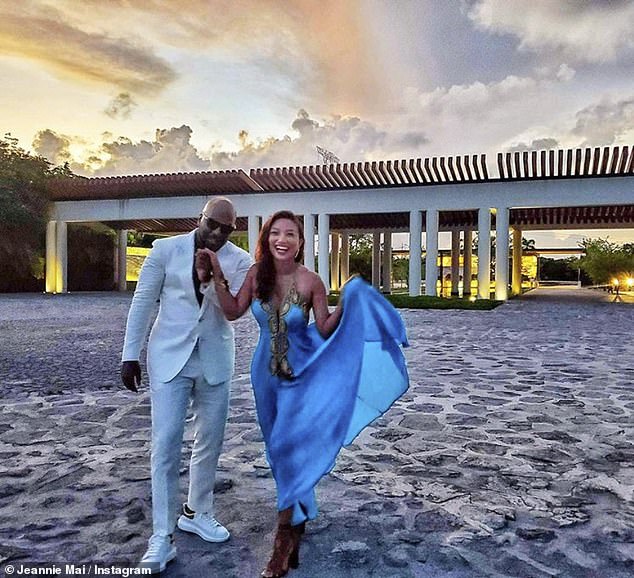 Life lessons: The rapper has been engaged to The Real host Jeannie since last spring, previously sharing that his once fraught relationship with his mother taught him a ‘valuable lesson’ when it comes to accepting people; pictured April 2020

In October his fiancee fell ill.

She had to leave Dancing With the Stars amid a medical crisis that led her to undergo emergency surgery on her throat.

The 41-year-old TV host, who was hospitalized with a condition called epiglottitis, was on hand for the season 29 finale in November, with Tyra Banks pointing her out in the studio audience.

The one-time How Do I Look? host took to Instagram earlier with a selfie in which she was pictured in a hospital room surrounded by dozens of floral arrangement she was sent by friends.

‘Friendship is a wildly underrated medication,’ she said. ‘Those who come into your life and make you see sun where you saw clouds. The past few weeks felt loonng and heavy as I couldn’t speak or leave bed.

‘But the calls, text messages, funny videos, matzo ball soupssss, bone broths & encouraging words from all my friends in work and LIFE brought me back to [100 percent emoji]‼’