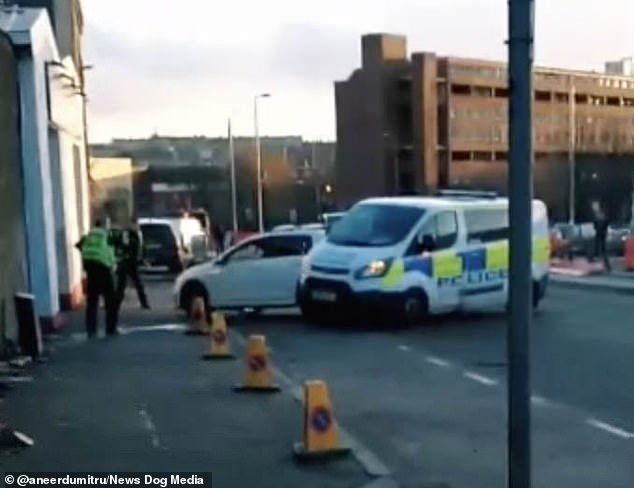 This is the shocking moment a driver reverses out of a garage and smashes his car into a police van before speeding off.

The astonishing incident was filmed in Glasgow on Tuesday afternoon.

Police confirmed they are searching for the suspect who drove off after badly damaging the van. 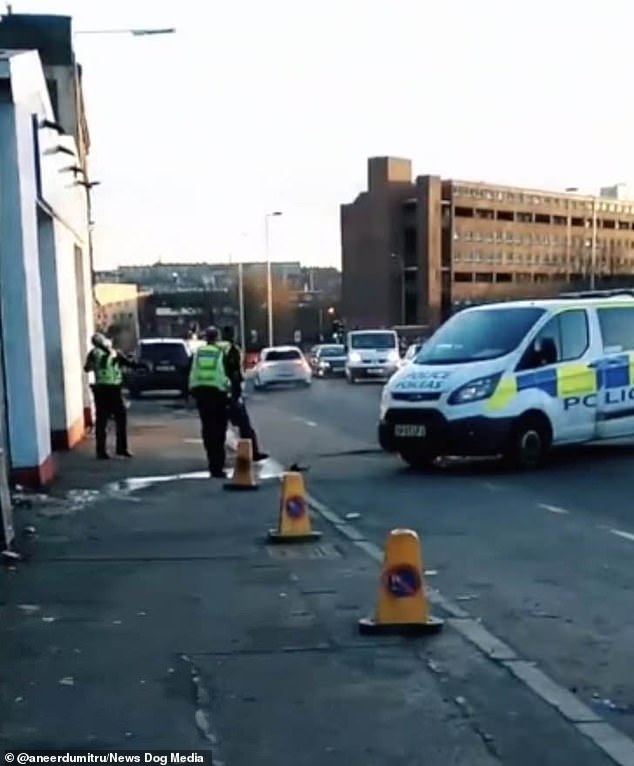 After ramming the van, the white car drove off at high speed. Police were unable to give chase as their vehicle had been badly damaged 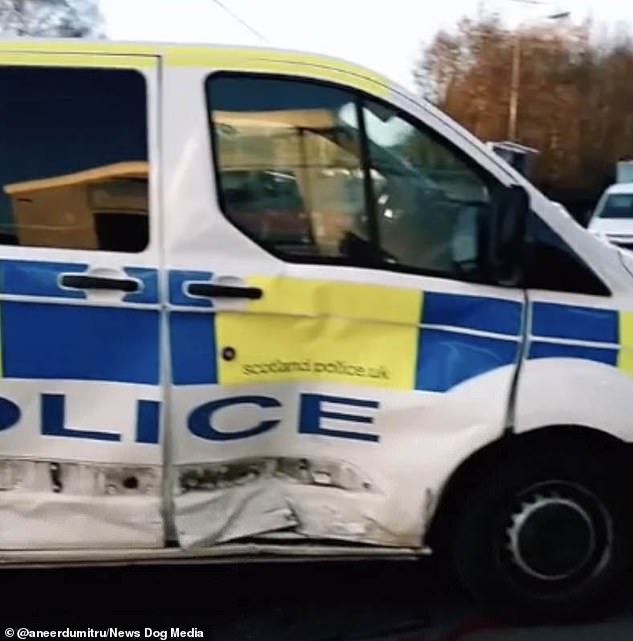 The car was inside a garage before it was driven off at speed.

It is claimed the driver refused to pay for new tyres which had just been fitted to his car prompting the mechanic to call the police.

After suspect drove off, the mechanics were filmed remonstrating with the police officers who tell him to ‘calm down’.

In the video – which was posted on TikTok – three officers are filmed standing outside the garage before the white car reverses and rams into the van. 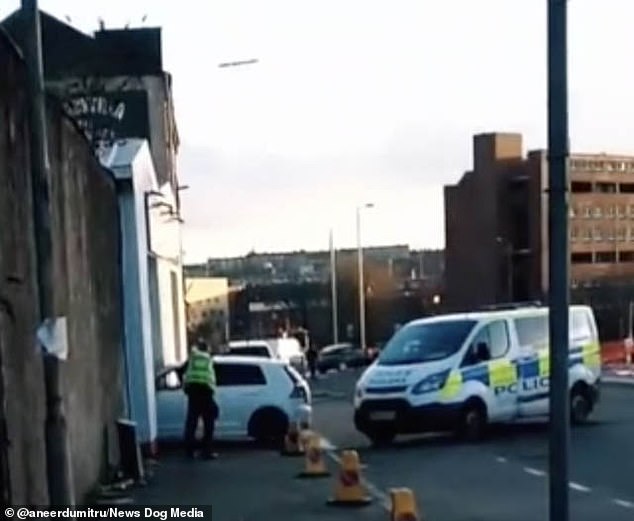 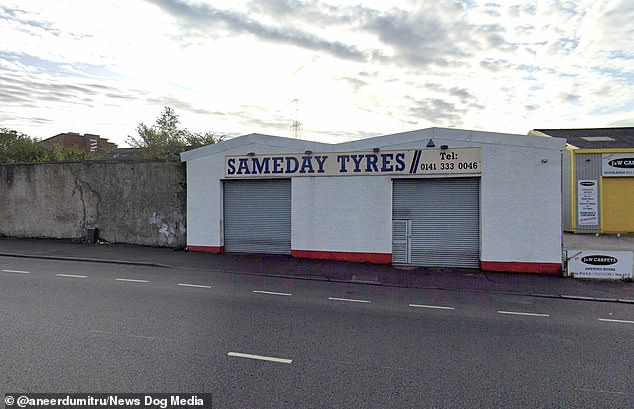 The incident happened outside the Sameday Tyres store on Possil Road, Glasgow on Tuesday

The driver then speeds off with police unable to give chase because their vehicle has been so badly damaged.

A Police Scotland spokesman said: ‘At 4.50pm on Tuesday, February 16, officers were in the Possil Road area as part of enquiries to trace a vehicle.

‘A police van was damaged after it was driven into by the suspect vehicle several times. No-one was injured.

‘The driver fled the scene and enquiries are ongoing to trace the individual and the vehicle.’