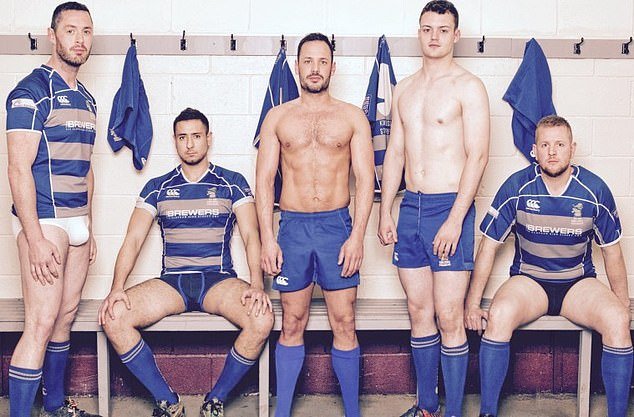 When the world’s first gay rugby club was set up in 1995, Rob Hayward had a stock reply to wags who asked if his team played in pink shirts.

‘No. For a collection of gay men we agreed remarkably quickly on our colours – midnight blue and emerald green!’

Tory Lord Hayward is used to puzzled looks when people learn that he is founder and chairman of Kings Cross Steelers – a gay rugby team – who tell their story in a new film.

The documentary, called Steelers, will get its UK debut screening at the Glasgow Film Festival next week.

‘You can’t get closer to bastion of the establishment than the House of Lords,’ smiles Hayward. But he hasn’t always seen the funny side.

Pictured: Players from the Kings Cross Steelers post for Book and Calendar pictures. The club was founded in 1995 as the first gay Rugby club

Back in the 1980s at the height of the Aids pandemic, he sat in silent rage on the Commons backbenches as fellow Conservative MPs indulged in anti-gay rhetoric.

He felt ‘deeply uncomfortable’, not least because he was struggling to come to terms with his own sexuality.

An elections expert who has advised Boris Johnson, Theresa May and David Cameron, Hayward didn’t declare he was gay until a few years after he left the Commons in 1992.

That was around the time he got involved with the rugby club.

The film features players such as Drew McDowell, whose off-pitch alter ego is drag queen ‘Drewalicious’.

And Hayward, 71, said opponents also shout homophobic taunts on the pitch. ‘If they shout “faggots” we give them a hug, or ask “Would you like to meet up in the showers afterwards?” Most of the abuse comes when they are losing.’ 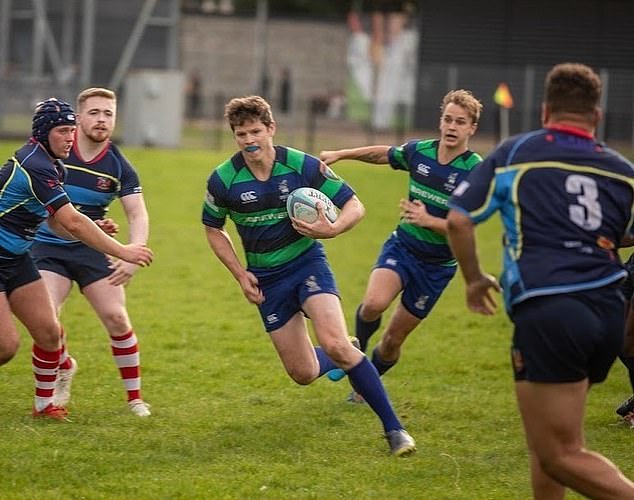 The Steelers are now a familiar part of the London rugby scene. Like all clubs, the players have strict rules when they go on tour. But while other teams limit drinking, Steelers can use gay dating app Grindr for only a limited time to maintain ‘discipline’ 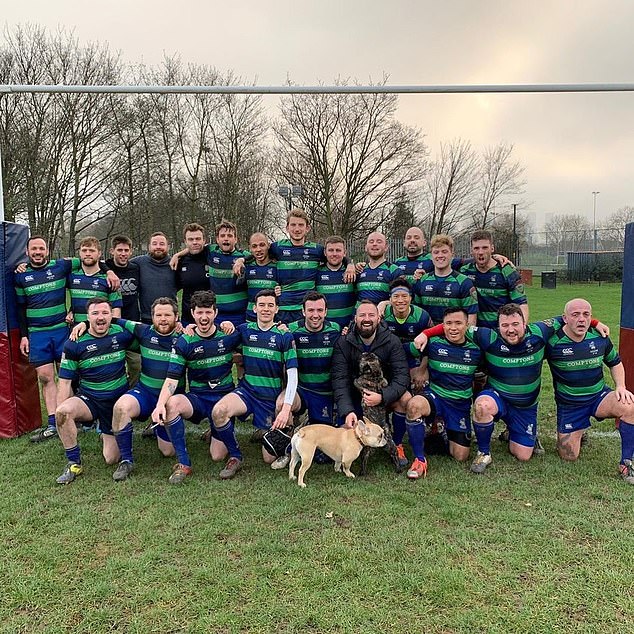 And on learning that the Steelers’ captain was Chinese, an opposing club warned Hayward that he would face abuse from its players. Hayward retorted: ‘If they’re going to be racist, what will they do when they find out we’re all gay?’

He said in the early days ‘straight teams assumed they would steamroller us because we’re all effeminate’. They were terrified of ‘being the first ever club to lose to a gay team’. That honour went to Essex’s Braintree club. 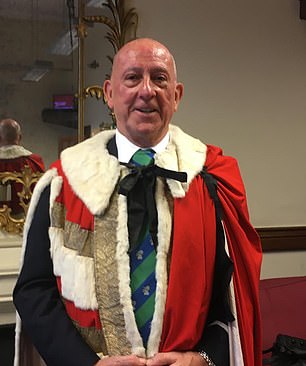 After the match, Hayward rushed to a shop and bought a pair of white stilettos to serve as a mock trophy. But rather than being offended, the Braintree players joined in the fun and the two clubs played annually for the white stiletto.

However, during the Aids pandemic, rugby chiefs ordered players with a blood injury to leave the pitch immediately.

Hayward, pictured right, remembers an opponent’s compassion when he had blood streaming from a cut eye during a match. He said: ‘He rubbed the blood off with his finger. They had no idea how much it meant to me.’ 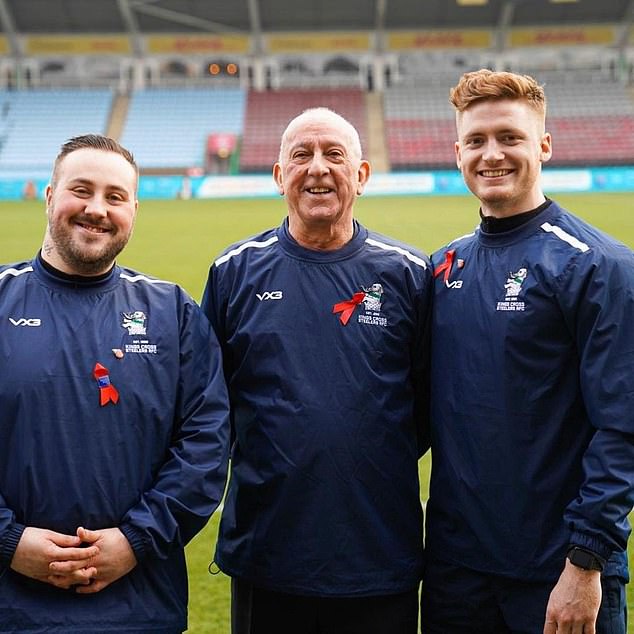 Pictured: Lord Hayward with two other players from the King’s Cross Steelers

The Steelers are now a familiar part of the London rugby scene.

Like all clubs, the players have strict rules when they go on tour. But while other teams limit drinking, Steelers can use gay dating app Grindr for only a limited time to maintain ‘discipline’.

Hayward said that as the film shows, the club has been a lifeline for many gay people. ‘I was watching a game with a chap whose boyfriend was playing for us.

‘He pointed at him and said “without the Steelers he wouldn’t be alive today, he was suicidal”. There are lots of cases like that.’ 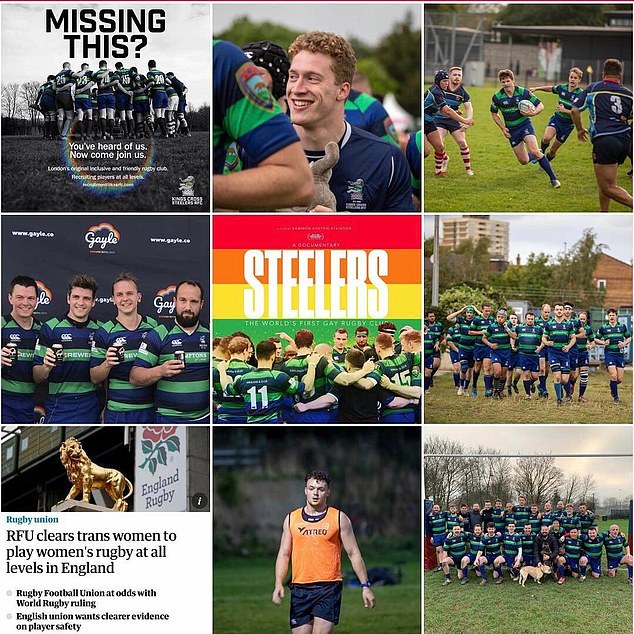 Pictured: King’s Cross Steelers Rugby club Instagram pictures. In the middle image, a poster for the film ‘Steelers’ that is set to feature at next week’s Glasgow film festival