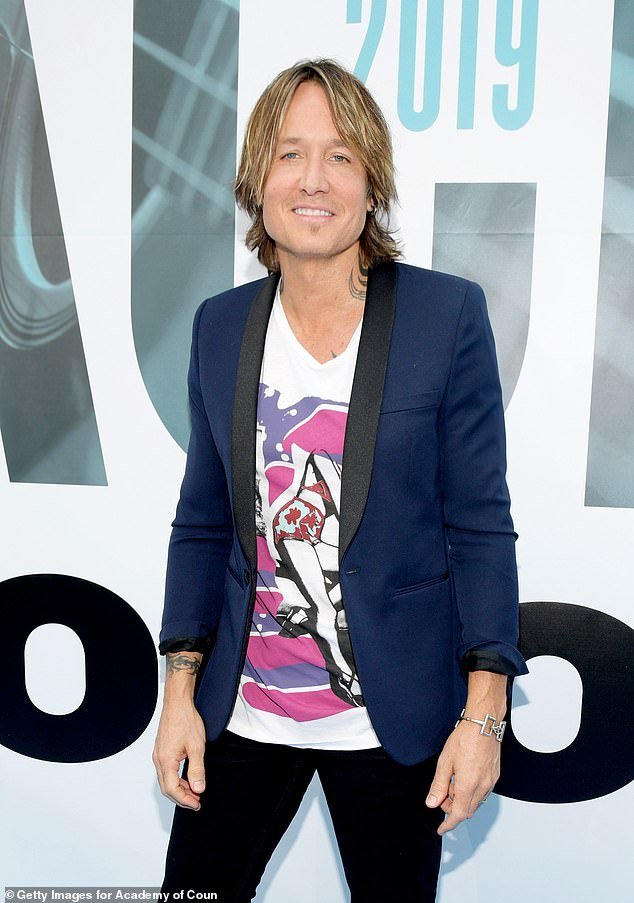 Keith Urban is returning for the upcoming season of The Voice Australia alongside Jessica Mauboy, Rita Ora and Guy Sebastian.

And while the country crooner insists they’re all getting along swimmingly, he hasn’t always had so much luck when it comes to judging panels.

Speaking on The Kyle and Jackie O Show on Friday, the 53-year-old said Nikki Minaj and Mariah Carey didn’t like each other when he was working on American Idol.

Revelations: Keith Urban is returning to the upcoming season of The Voice, and, while the country crooner revealed that they are all getting along swimmingly, he hasn’t always had so much luck when it comes to judging panels

‘My first experience with The Voice was Seal and Delta [Goodrem] and Joel [Madden] and I got on with everybody,’ he said.

‘I went from that first season over to doing Idol in the States and sitting between Mariah and Nikki, and it was quite the contrast.’

Radio host Jackie ‘O’ Henderson asked him: ‘They didn’t like each other, did they?’