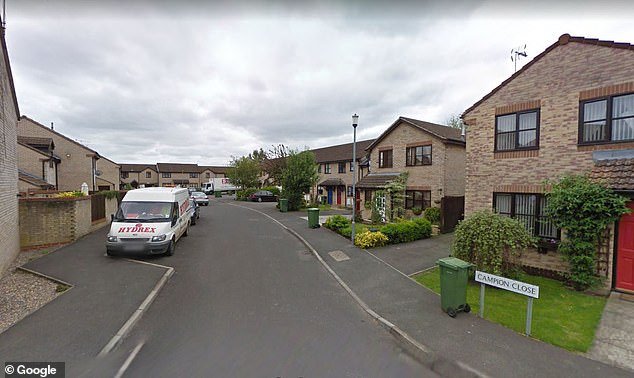 Girl, 3, dies after being hit by a van in quiet cul-de-sac, as police continue investigation

Police were called to the scene in Calne, Wiltshire, shortly after 12pm today Wiltshire Police have confirmed a three-year-old girl died at scene of crash Officers are still at the scene and speaking with people involved in collision  The road has been closed for some time and is expected to remain closed

By James Robinson and Isabella Nikolic For Mailonline

A three-year-old girl has died after being hit by a van in a quiet cul-de-sac, police have today confirmed.

Officers rushed to the scene around 12pm on Wednesday (March 3) after the young girl was struck by the vehicle in Calne, Wiltshire.

The girl died at the scene, police have now confirmed. Her family are aware and are being supported by specially-trained officers.

The driver of the van remained at the scene and police say, at this stage, nobody has been arrested.

Police remain at the scene this evening, with the road likely to remain closed late into the night.

Inspector James Brain, from the Chippenham Area Community Policing Team at Wiltshire Police, said: ‘This is a tragic incident and our thoughts are with the girl’s family at this incredibly difficult time.