But many fans are probably unaware there was a sweet detail secretly added into his debut promotional photo.

Hunky single Jimmy, 31, was seen suited and booted in front of a plane on an airport runway.

The special detail was a nod to his family, namely his father Noel.

Noel Nicholson got his pilot’s licence in his early 30s and enjoyed a high-flying Qantas career before turning to real estate.

He also owns two planes of his own: one that he leases out for commercial pilot training at Cessnock and another at Lake Cargelligo, near Parkes.

In Jimmy’s promotional trailer for The Bachelor, one of his father’s prized planes was used for the photo shoot.

The aircraft in the promo photo is easily recognisable as his father’s. It has the same blue and white stripes and writing on the left strip before the tail. 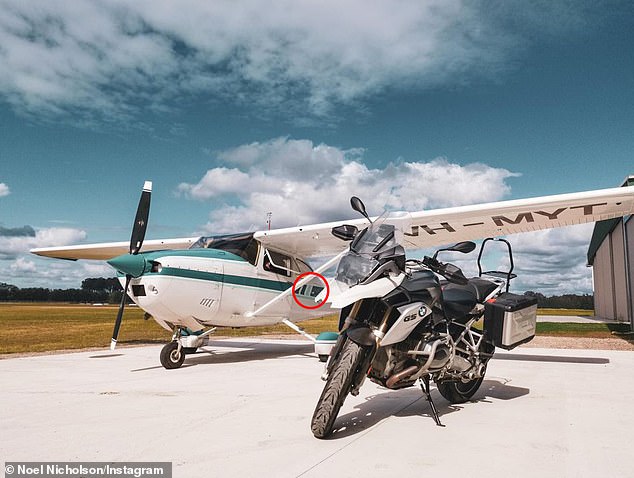 How sweet: The special nod was the use of a family-owned plane in his promotional photo, which is owned by his pilot father Noel Nicholson 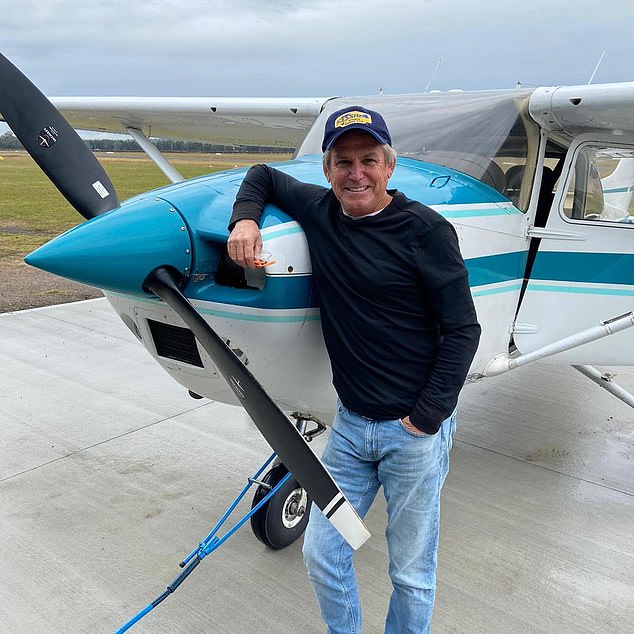 ‘I grew up with it all my life. It’s a bit of a family tradition’: Jimmy said flying was in his blood, as his father (pictured, Noel Nicholson), his grandfather and his uncle had all been pilots

Following in his father’s footsteps, Jimmy completed his training as a Regional Express Cadet Pilot in 2014 and now holds a Commercial Pilot License.

He previously told Year 13 he had always dreamt of becoming a pilot because ‘it is a bit of a family tradition’.

‘My dad is a pilot, not a commercial one, but he worked for Qantas and so did my grandfather. My uncle is also a pilot for another major international airline, so I grew up with it all my life. It’s a bit of a family tradition,’ he said. 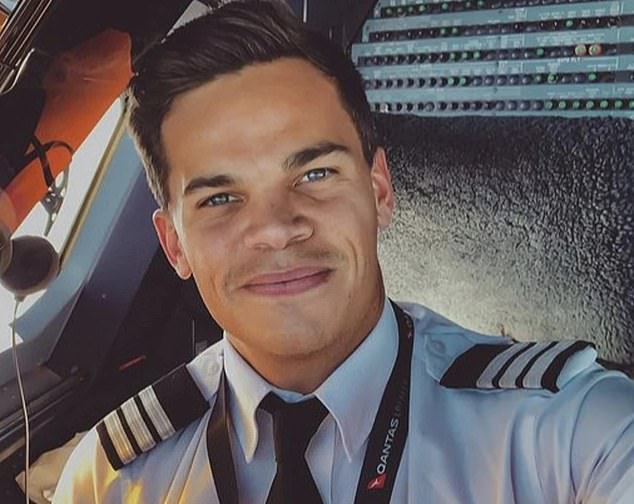 Career: In 2014, he completed his training as a Regional Express Cadet Pilot and now holds a Commercial Pilot License

Jimmy was most recently working as a first officer for Jetstar Australia, but was stood down from his job due to the coronavirus pandemic.

He told Sydney Confidential he’d signed up for The Bachelor because his career had made it difficult for him to find a long-term partner.

‘I was never in the same spot for too long,’ he explained.

The new Bachelor is of New Zealand and Fijian heritage, and has not appeared before on The Bachelorette or any other dating show. 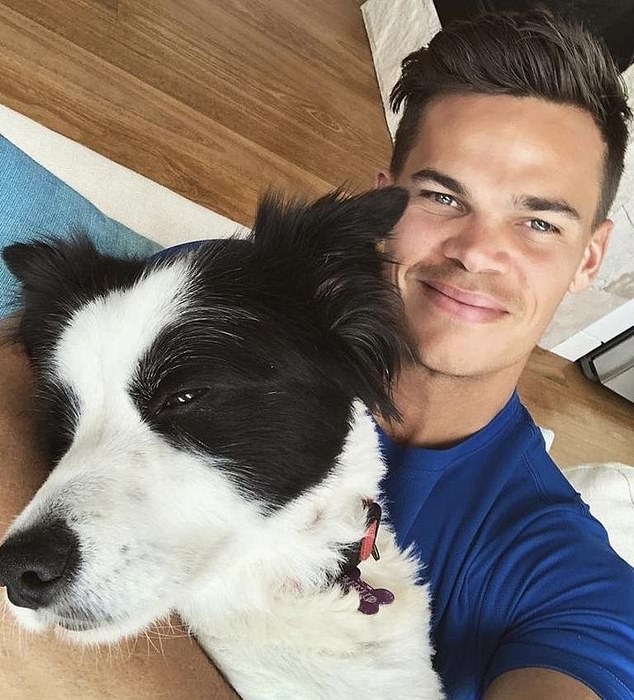 Unlucky in love: Jimmy told Sydney Confidential he’d signed up for The Bachelor because his career as a Jetstar pilot had made it difficult for him to find a long-term partner