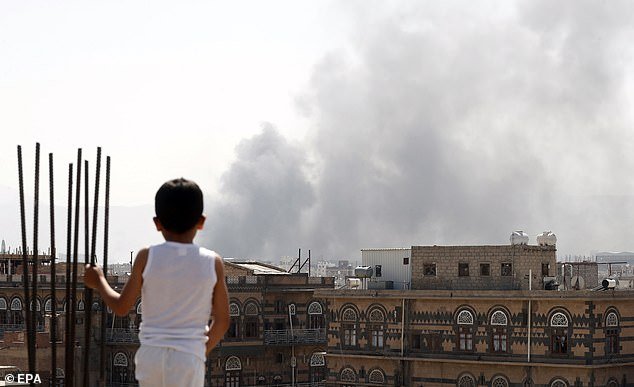 The UN’s top humanitarian affairs official today launched a furious attack on the UK’s decision to slash aid to Yemen.

Mark Lowcock, a former permanent secretary at the Department for International Development, warned the move amounted to ‘balancing the books on the backs of the starving’.

The extraordinary condemnation came after the government announced it was essentially halving the contributions to war-torn Yemen – with more cuts to support for other nations expected to follow.

Britain announced in November that it is ‘temporarily’ trimming the proportion of national income allocated to aid from 0.7 per cent to 0.5 per cent in the wake of the coronavirus crisis.

Chancellor Rishi Sunak said the action was ‘tough but necessary’ after the pandemic hammered the economy and left a huge hole in the public finances – with national debt spiralling towards £2.8trillion.

But Tory minister Baroness Sugg quit in protest, and while it was welcomed by some MPs others, including former international development secretary Andrew Mitchell have decried the decision.

The conflict in Yemen (pictured on March 7) is the world’s worst humanitarian crisis, with UN officials warning it is quickly becoming the most serious famine in decades

Mr Lowcock, now head of the UN’s humanitarian affairs office, told The Guardian the cut will lead to the deaths of tens of thousands of people and will damage Britain’s global influence.

He said it was ‘an act of medium and longer-term self-harm, and all for saving what is actually – in the great scheme of things at the moment – a relatively small amount of money’.

‘The decision, in other words, to balance the books on the backs of the starving people of Yemen, has consequences not just for Yemenis now, but for the world in the long term,’ Mr Lowcock said.

Boris Johnson has said the decision was due to the ‘current straitened circumstances’ caused by the pandemic and has says the public would think the Government has its ‘priorities right’.

The conflict in Yemen is the world’s worst humanitarian crisis, with UN officials warning it is quickly becoming the most serious famine in decades. 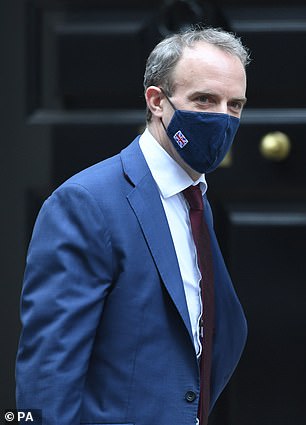 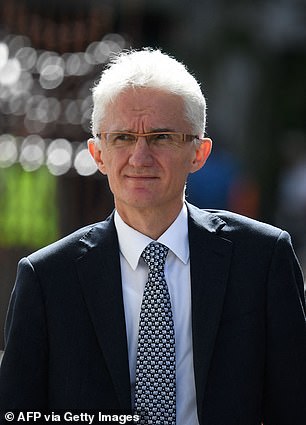 Dominic Raab’s (left) Foreign Office is now responsible for the aid budget. Mark Lowcock (right), a former permanent secretary at the Department for International Development, said the cut amounted to ‘balancing the books on the backs of the starving’ in Yemen