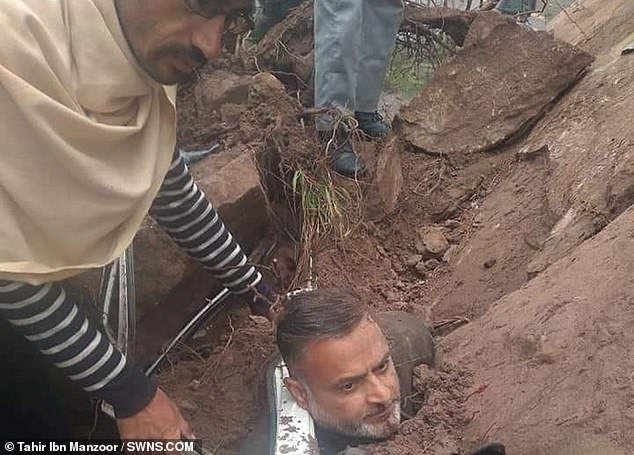 Rashid Iqbal, 46, was driving his new Suzuki when the a landslide suddenly crushed his carA one tonne boulder landed inches away from the driver’s headThe landslide occured in the town of Dhirkot in the southern region of Azad Kashmir

By Inigo Alexander and Tahir Ibn Manzoor For Mailonline

A driver in Pakistan has escaped death by mere inches after his brand new car was crushed by a landslide of large boulders.

Rashid Iqbal, 46, was driving three passengers in his new Suzuki when a one tonne boulder suddenly crushed the car, killing his three companions.

The landslide occured on March 24 in the town of Dhirkot in the southern Pakistani region of Azad Kashmir. 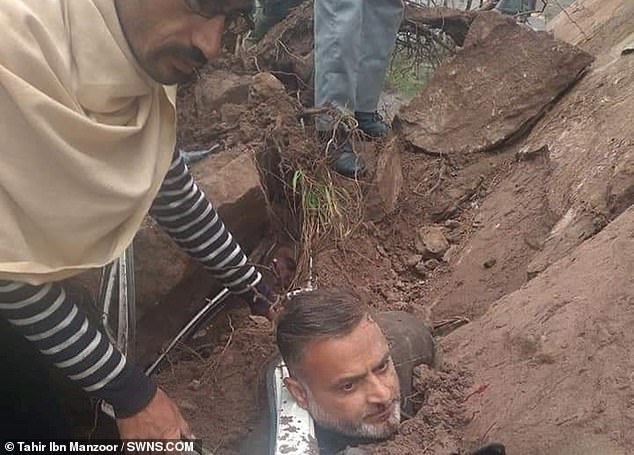 Rashid Iqbal, 46, was driving three passengers in his new Suzuki when the a one tonne boulder suddenly crushed the car.  He was the sole survivor 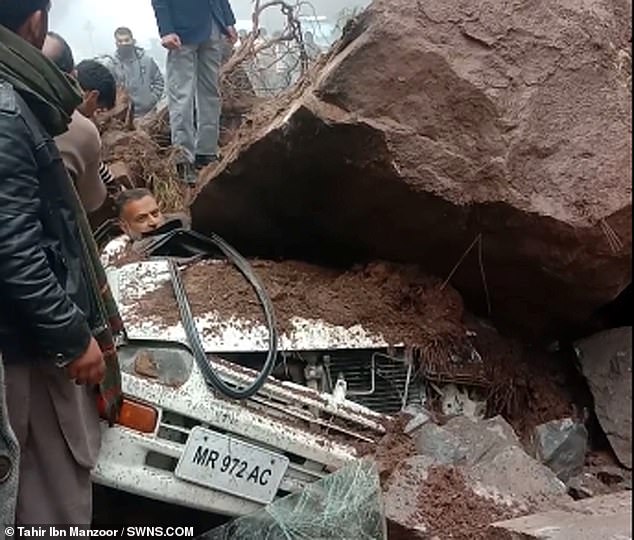 A one tonne boulder fell directly on Iqbal’s new car, crushing it and killing the three passengers who were with him. The large boulder missed Iqbal’s head by mere inches

Locals hurridley stepped in to help and smashed through the car windows with hammers in hopes of saving any survivors. 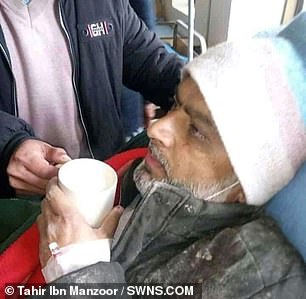 Once locals had spotted the driver, they hacked through the crushed car door with an axe to set him free.

One local held Iqbal’s head as they pried the wreckage apart in a bit to save him.

Iqbal was dragged out from among the rubble and debris and rushed to hospital. 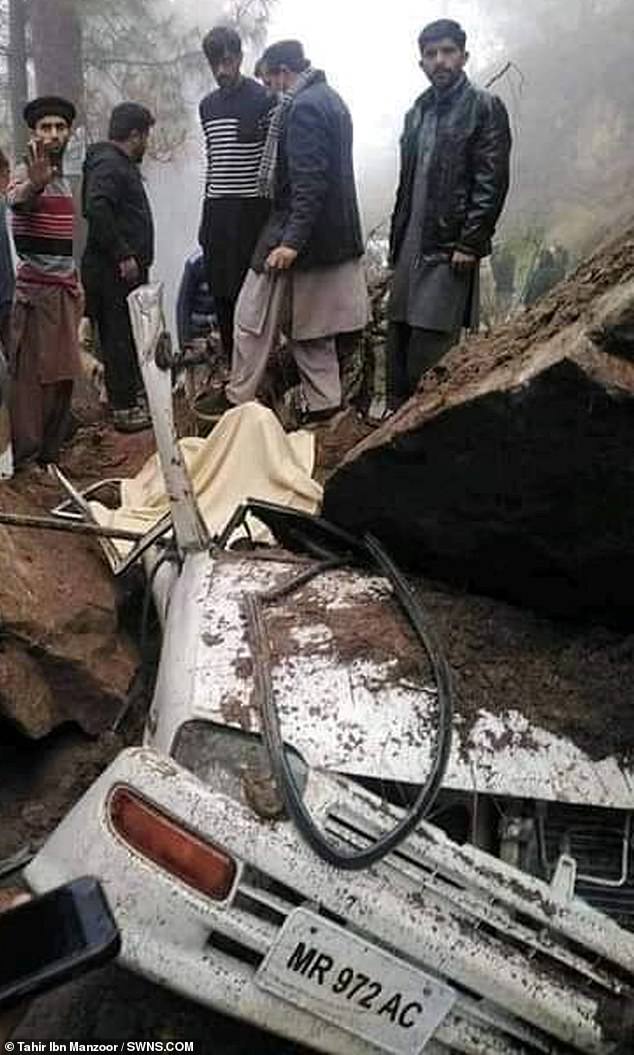 Iqbal was driving three passengers in his brand new Suzuki when the sudden landslide crushed the car. Locals rushed to the scene in a bid to rescue any survivors 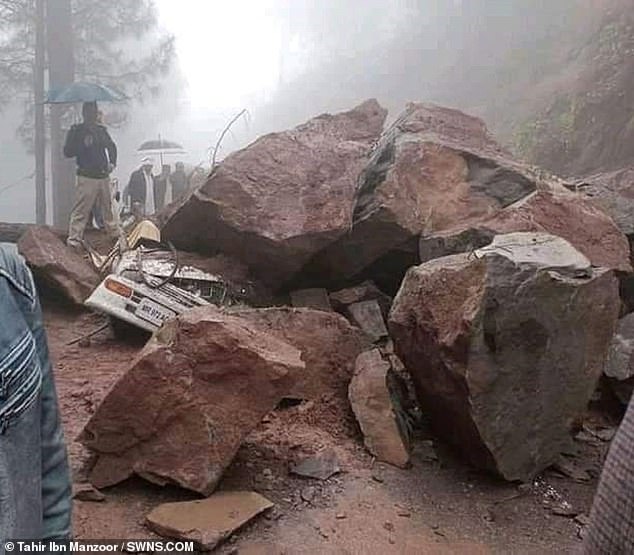 It took a two-hour rescue mission to pull Iqbal from the wreckage. Heavy machinery was required to get the three passengers out, who all died at the scene

Heavy machinery was required to pull the three passenger’s out from the wreckage though the three died at the scene.

A witness said: “It was his day to escape. There are good and bad days. It was one of the worst tragedies that befallen upon us after losing three others, you know human life is invaluable.”