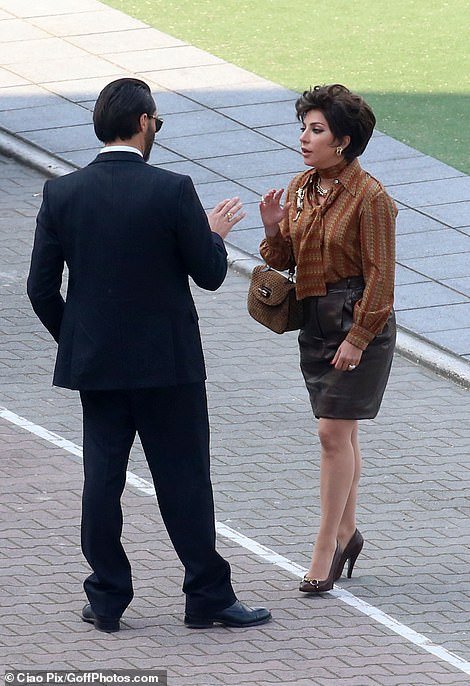 She recently received a big bunch of flowers from her US-based partner Michael Polansky as she marked her 35th birthday in Rome.

And Lady Gaga was back to business as she continued to shoot scenes for Ridley Scott’s House of Gucci in Rome on Good Friday.

The singer, 35, brushed her teeth while getting touch-ups as she joined co-star Jack Huston, who emerged on set for the first time since filming kicked off last month.

Ensuring she fully emulated her look, the musician cleaned her gnashers and sported a bold outfit for another day of filming.

The actress, who plays Patrizia Reggiana in the film, caught the eye in a patterned shirt and a chocolate-toned skirt.

The movie documents Patrizia Gucci’s plot to murder her ex-husband Maurizio, with Reggiani found guilty of paying a hit man £240,000 to murder him in 1995. 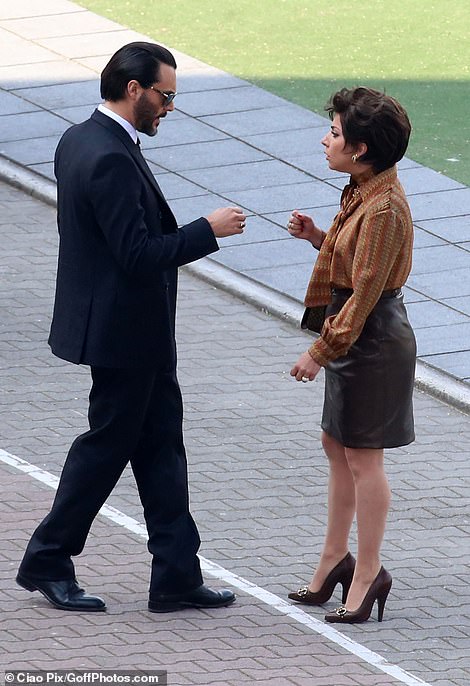 In good company: The singer, 35, brushed her teeth while getting touch-ups as she joined co-star Jack Huston, who emerged on set for the first time since filming kicked off last month

Ever the dedicated actress, the musician has physically transformed for the role by ditching her signature blonde or pastel locks for a deep chocolate brunette look.

Her husband had left her for another woman 10 years previously after telling her he was going on a short business trip, from which he never returned.

The 72-year-old also wanted more than the $650,000 she had been offered in a divorce settlement, the court heard.