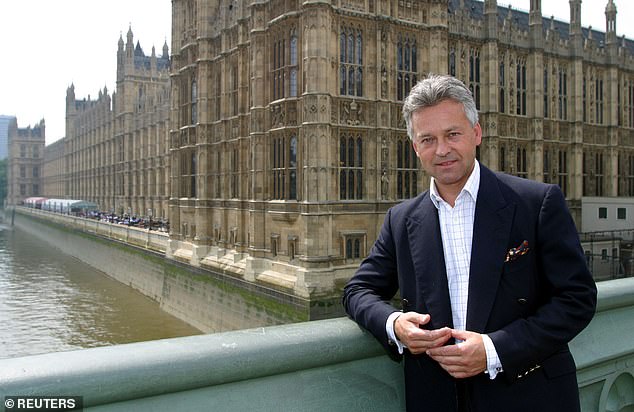 In our second extract from Alan Duncan’s riotously candid diaries, he continues to support the Prime Minister Theresa May — while criticising her in private. Meanwhile, he is finding the antics of his boss Boris Johnson — now Foreign Secretary — increasingly jaw-dropping…

Interesting drink with a banker who was at Eton with Boris. He was no fan, and says Boris took his economics revision notes without permission and then never gave them back.

The Foreign Office has lost its way. It is an organisation living on its past, one without leadership, initiative or confidence. [Foreign secretary] Boris adds nothing to it. Amid a long succession of characterful foreign secretaries, he is Harold Wilson’s George Brown without the alcohol.

Flight to Chicago, much enhanced by a very good-looking Northern steward called Benjamin.

In quite the most extraordinary Cabinet appointment I can think of, Gavin Williamson has been appointed Defence Secretary. It is absolutely absurd. He seems to have pushed himself forward for this undeserved promotion. It is a brazenly self-serving manoeuvre that will further embed the view of him as a sly schemer, which he undoubtedly is.

He is also ludicrously unqualified for the heavyweight job of Defence Secretary, having never run anything. His experience amounts to having been a fireplace salesman, then bag-carrier for two PMs, then Chief Whip for a year. What on earth was the PM thinking?

If I were more precious, I’d be pretty damned annoyed that I didn’t get it myself. But, as ever, scheming triumphs over loyalty and suitability.

In the second extract from Alan Duncan’s riotously candid diaries, the former Foreign Office minister  (pictured posing for a photograph in Westminster) lays in on Prime Minister Theresa May for her ‘absurd’ appointment of Gavin Williamson as Defence Secretary

It feels as though the Government is in its death throes. We limp on, we limp to win. All the overambitious youngsters are jockeying for advancement, a process which so undermines the Government there will be no Government for them to be promoted in. We are doomed, all because of wretched Brexit.

In Bucharest with HRH the Prince of Wales for the funeral of King Michael of Romania. Unusually for a funeral, the entire crowd, on seeing the Prince [of Wales], cheered and burst into applause. He is an absolute rock-star hero in Romania. We were all left with the impression that some of them would like him to be their King.

Annoyingly [WikiLeaks founder, Julian] Assange’s forcible exit from the Ecuadorian embassy [where he’d sought asylum] has been delayed. Ecuador’s government lawyers are now saying that it requires a Presidential decree.

Boris says we should build a bridge across the Channel, because the tunnel is at full capacity. Well that should all be quick and easy. Job done!

Boris, both annoyingly and disgracefully, refuses to support Palestine attending the UN Conference on Disarmament as an observer. Why the hell not? 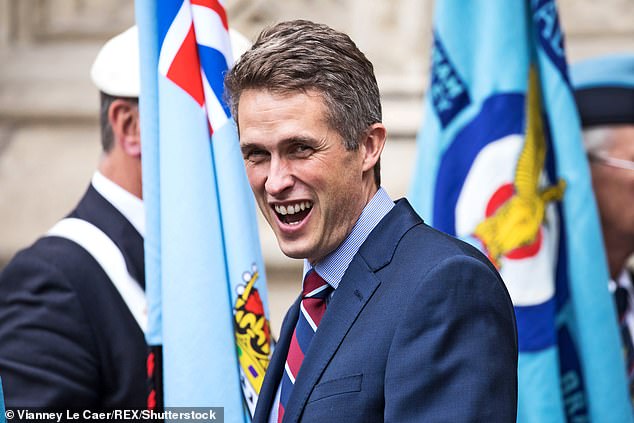 ‘In quite the most extraordinary Cabinet appointment I can think of, Gavin Williamson has been appointed Defence Secretary. It is absolutely absurd. He seems to have pushed himself forward for this undeserved promotion’

It would seem that Gavin Williamson has seriously overplayed his hand. In his rush to ascend the greasy pole, he manoeuvred to get Michael Fallon’s job at Defence, only now to be accused of having been sacked from his job as a fireplace salesman ten years ago for having an affair with an employee.

Gavin W is getting off lightly. He is under the cosh, but he will survive because all the focus is on the declining authority of Theresa May. The Government is in intensive care and might drift haplessly to its end within months.

So many people now think they should take over from Theresa. Dominic Raab is at it again on Sky. Boris feigns no interest in standing, and then texts back anybody who might intimate that they support him. Meanwhile he plots relentlessly with the scheming Gove, who he should never trust again.

Dinner with [security minister] Ben Wallace. He says rumours about Boris resigning are the concoction of Gavin Williamson, who is briefing manically in order to tarnish Boris and knock out all others who might be leader. The man is crazed.

Nothing illustrates the weakness of the Prime Minister more than the visual awkwardness with which she joined [a] photo op [for the 100th anniversary of the Suffragettes]. Gangly, looking around as if lost, no poise or presence. Charisma bypass. No personality. She is the only credible game in town, but there’s not much there, and I despair. 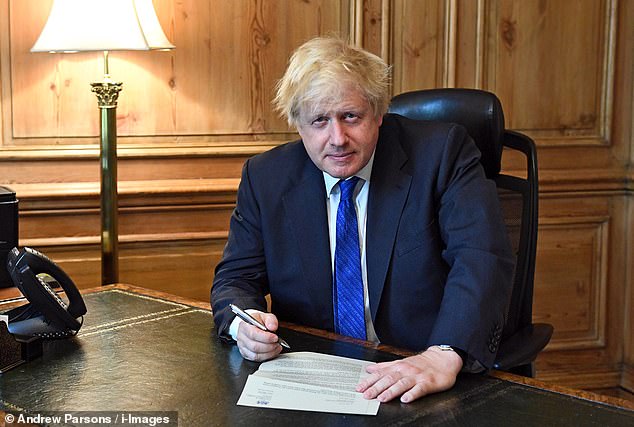 ‘Boris says we should build a bridge across the Channel, because the tunnel is at full capacity. Well that should all be quick and easy. Job done!’

Boris has made his much-heralded Brexit speech. Hot air with zero detail.

Lunch at White’s with U.S. Ambassador Woody Johnson. Nice and perky, but his comments dart around like a butterfly. It is impossible to discuss any issue in depth.

Reception hosted by the PM at Number 10 for Balkans leaders. I wheel them in front of the PM, who requires a confident introduction if she is to say anything. Otherwise she just stands there dumbstruck.

A letter from Boris to Number 10, or at least its first page, has leaked. I wonder who did that? And now, surprise surprise, in order to clarify its misinterpretation by the media, Boris has said he will publish the full text of the letter. Number 10 are furious. Once again, he is undermining the Government and playing no end of silly games.

Something odd is going on in Salisbury. A Russian former intelligence officer, Sergei Skripal, and his daughter Yulia have been found slumped on a park bench there, seemingly poisoned.

The Government laboratory at Porton Down has confirmed beyond doubt that the poison used in Salisbury was a banned military-grade [Russian] nerve agent called Novichok. We have summoned Russian Ambassador Alexander Yakovenko to the FCO.

Whatever anyone might ever think about Boris on so many things, on this occasion he was brilliant. He had been given a clear script, and he stuck to it faithfully.

Yakovenko and his deputy came in, all jaunty and smiling as if nothing had happened. Boris and I were suitably severe. We all remained standing, on facing sides of the large office table.

He raised his tone and, with fabulous indignation verging on anger, told [Yakovenko] in no uncertain terms how unacceptable it was to violate our security, try to murder someone on British soil, breach a highly important international convention, etc.

It was a deliciously delivered dressing-down, in response to which the dumb-struck Yakovenko couldn’t say anything, and just left.

Well done, Boris! Perhaps it worked so well because he was not larking about and playing to the gallery — he spoke from the heart and meant what he said.

Watch TV [later], and learn more about the Salisbury incident from Newsnight than I’ve ever been told in the FCO in supposed top secrecy. 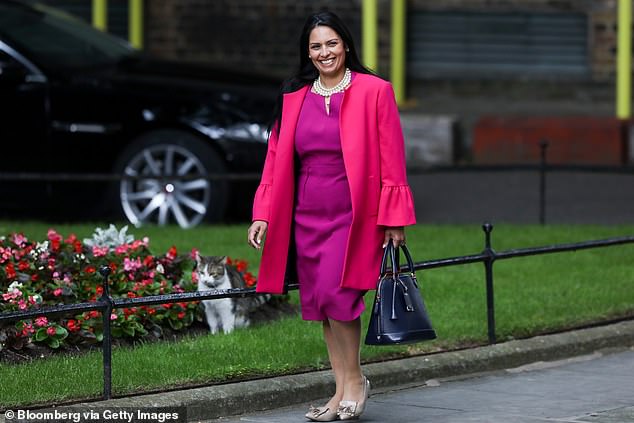 ‘Priti Horrendous [Patel, International Development Secretary] is in a deep mess. It turns out that she went to Israel on what she called a holiday and met some Israeli ministers without telling the embassy’

To Number 10 for a long-awaited face-to-face meeting with the PM. She is so remote and disconnected from people. I don’t know who she talks to or confides in. Certainly not me, which is so silly.

I told her emphatically when DC resigned as PM that she must stand; I’ve known her (albeit with no particular friendship) for 40 years; I waded enthusiastically into her leadership campaign; I’m holding the line in the FCO; and am able to help shore up her support among older colleagues.

We covered a lot of ground [on various issues]. She smiled sweetly and took it all in, but she is just so inexpressive you just don’t know if it was worth the bother.

Priti Horrendous [Patel, International Development Secretary] is in a deep mess. It turns out that she went to Israel on what she called a holiday and met some Israeli ministers without telling the embassy.

When first asked about it, she said she had told the FCO — by speaking to Boris — and that it was only a couple of meetings. It is now clear that she lied. She had not told Boris, and in fact had a whole series of meetings, including with PM Netanyahu.

All but one of them were also attended by Lord Polak, who for three decades has been the mainstay of the Conservative Friends of Israel.

Thus she spent a week there on a programme put together by Polak, without telling the FCO or even her own Department, attending meetings at the highest level, accompanied by the principal pro-Israel donor lobbyist in the UK.

She has been forced to publish a statement. It lists a raft of meetings, and then says that as a result she commissioned policy work in DfID [Department for International Development] about working with the Israeli Army in Palestine!

So by her own admission, she has directly linked undeclared meetings to subsequent policy-making. She could not be more compromised.

Quite the most extraordinary day. Our PM [Theresa May] did not know when she saw Netanyahu last week that Priti Outrageous had seen him in Tel Aviv; and she did not know until this morning that Patel had recommended DfID pay for the Israeli Defence Forces to do ‘humanitarian’ work in the Golan Heights (which is not Israeli), against long-standing DfID policy.

In my view, Priti Patel’s comments are deceitful, morally corrupt and improper. She has engaged offline with a foreign government over issues of policy. It is contemptible. She is quite despicable.

Then things get even hotter. Her personal statement was billed as the full record of all the people she saw in Israel, yet she failed to include in her list of meetings the people she subsequently saw in London when she was back.

So she lied — to the public and also to the PM. They are all saying she will be sacked tomorrow, but she is somewhere in Africa.