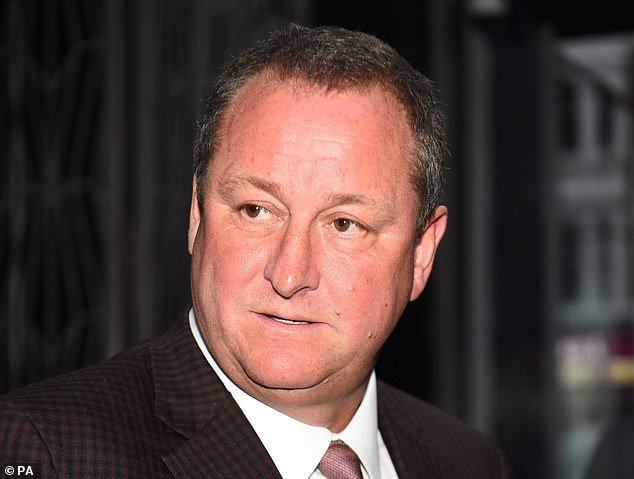 Peacocks is set to be snapped up by one of its former bosses in a move that would thwart Mike Ashley’s takeover efforts.

The budget clothing chain has been up for sale since it went into administration in November.

It was part of Philip Day’s retail empire, which included Jaegar.

Missing out: Sports Direct tycoon Mike Ashley has been keen to buy the Peacocks chain, which has more than 500 shops

Steve Simpson, Day’s former operations chief, is in talks with Peacocks landlords and suppliers about a deal, the Sunday Times reported.