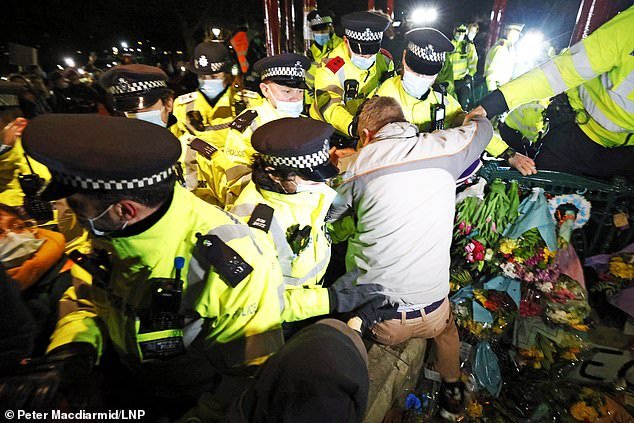 By Holly Bancroft and Brendan Carlin for The Mail on Sunday

Opposition politicians who were branded ‘armchair critics’ for their attacks on officers over the handling of the vigil for Sarah Everard have refused to apologise despite an official review that found the police were not at fault.

Lib Dem leader Sir Ed Davey and London Mayor Sadiq Khan were among those rebuked by the review’s inspectors for their rush to judge the ‘complex situation’ facing officers last month.

Last week, the review into the way Scotland Yard dealt with the vigil on London’s Clapham Common cleared the force of wrongdoing and reprimanded politicians for criticising officers without knowing the full facts.

Police attempt to break up a vigil for Sarah Everard at the bandstand on Clapham Common. The police response sparked a backlash 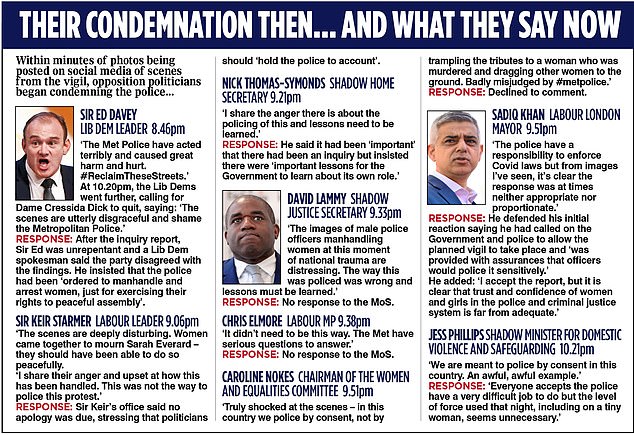 As reported by the MoS, last month’s vigil for Sarah, the 33-year-old marketing executive killed while walking home in South London, was hijacked by those with political motives, with police officers abused while trying to disperse the gathering that breached Covid rules.

At 7.26pm, a video of female protesters struggling with police was posted on Twitter and quickly gained 12.5 million views.