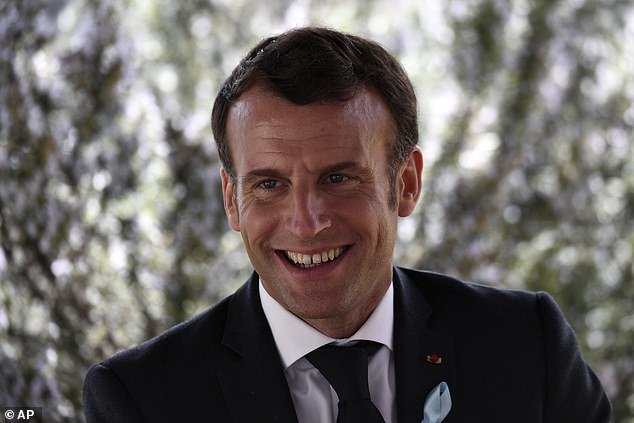 Medics say people are turning down the vaccine in droves after Macron’s U-turnsPolitical opponents claim the anti-Brexiteer questioned jab to attack the UKMayor of Calais today blamed Macron for a ‘wave of panic’ over the vaccineHundreds are refusing AZ jab in particular, preferring either Pfizer or Moderna

By Peter Allen In Paris for MailOnline

Thousands of people have been turning down AstraZeneca jabs in France due to the ‘wave of panic’ created by President Emmanuel Macron.

The Mayor of Calais today said that the ‘final blow’ came on Friday with more damaging news associating the vaccine with sporadic blood clotting cases.

Natacha Bouchart, who has been highly critical of the government, said that there had been a ‘wave of panic’ over AstraZeneca which will be difficult to overcome.

Medics have reported people turning down the inoculation in droves, despite it being a key part of the country’s planned route out of the pandemic.

This is because Mr Macon has performed a series of U-turns over the highly effective vaccine, which was developed by Oxford University for Anglo-Swedish manufacturer AstraZeneca. 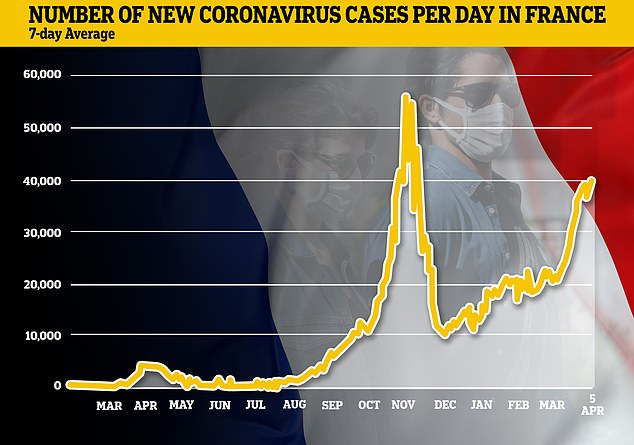 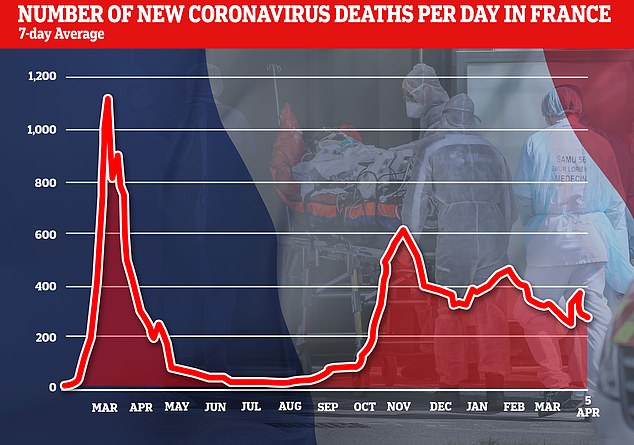 Political opponents suggested the notoriously anti-Brexit president had only questioned its safety and effectiveness so as to attack the UK.

Mayor of Calais, Ms Bouchart, said that reports of blood clotting on Friday led to a huge number of refusals.

‘It’s more than a wave of panic – it’s been going on for a week, and Friday was the final blow,’ said Ms Bouchart.

Referring to alternative vaccines, she added: ‘There really has to be a national campaign to explain that this vaccine has no more negative consequences than the ones from Pfizer or Moderna.’

Beyond hundreds turning down AstraZeneca in central Calais, Dr Thierry Mraovic said ‘some 600 doses’ had also been returned to the manufacturer in nearby Gravelines.

‘There have been at least 1500 cancellations in the Hauts-de-France alone,’ said a health service source in the northern region.

‘We are aware of others turning AstraZeneca down in many other parts of the country, and it is all because of a lack of confidence in the vaccination shown by the President.’

Dr Mraovic said the risk of blood clots was in fact exceptionally small compared to the benefits of using AstraZeneca.

Some 4.7 million AstraZeneca shots have so far been bought by France, but only 2.3 million given out, according to figures from European Centre for Disease Prevention and Control.

Mr Macron announced that the use of AstraZeneca was being suspended last month ‘as a precaution’.

He at first said it was dangerous for people aged over 65, and then reviewed this to say that those under 55 should avoid it.

This was around the time that Mr Macron’s own prime minister, Jean Castex, was having an AstraZeneca jab.