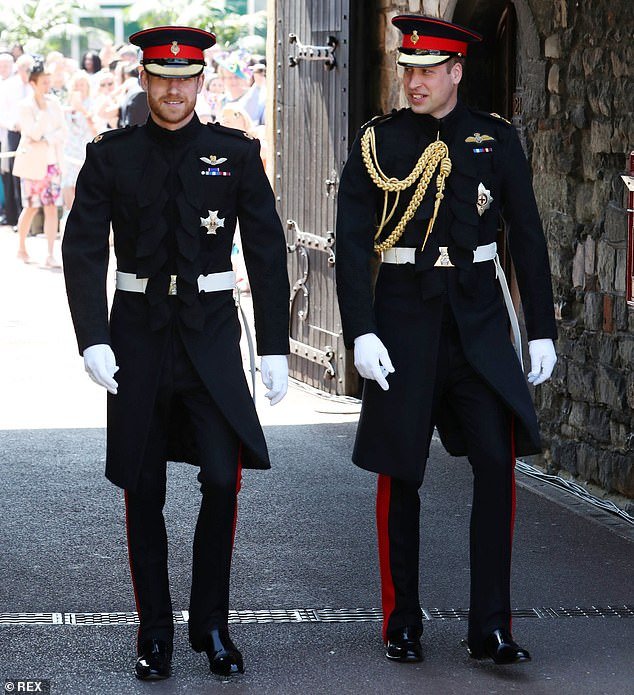 No uniform for Prince Harry at the funeral? Duke of Sussex is expected to attend the service in a suit after being stripped of military roles following Megxit

By Rebecca English Royal Editor For The Daily Mail

Prince Harry is unlikely to wear a military uniform at his grandfather’s funeral.

He was stripped of his role as Captain General of the Royal Marines, which he took over from Prince Philip, after deciding to quit royal duties last year.

He also lost two other honorary military positions. This means he cannot wear the corresponding uniforms at official events.

It is likely he will dress like other former servicemen in a suit and medals.

Harry spent ten years with the Household Cavalry (Blues and Royals), rising to the rank of lieutenant and served in Afghanistan.

He wore his Blues and Royals uniform when he married Meghan at Windsor in 2018.