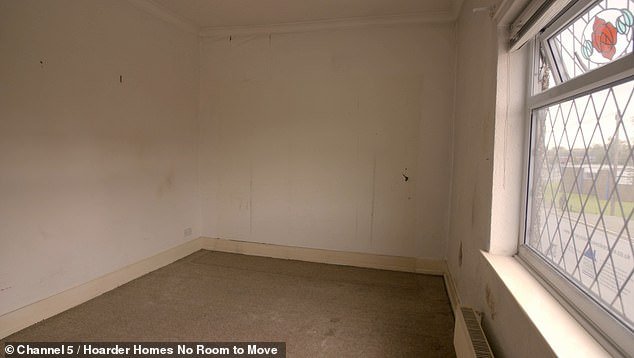 The family of a nurse who died alone at the age 55 in her home where every room  was crammed to the ceiling with junk have said they had no idea she lived in mess.

Rose and Peter, from Wigan, appeared on the programme Hoarder Homes, No Room to Move on Channel 5 last night as they began to clear out sister Anne-Marie’s house after her death.

The pair employed professional cleaner George and his team, who took three days to clear the house, which had been filled to the brim with bags, books, unopened items and rubbish that Anne-Mari has accumulated over a 20-years period.

Peter explained his wife Rose had kept in touch with her sister via phone calls, and police broke down the door to find her body when she didn’t respond to contact for a few days. He revealed: ‘We had no idea at all that she lived this way.’

The spare room, which was full of books, was emptied by the cleaners after all the works were removed with two vans from a charity (pictured after) 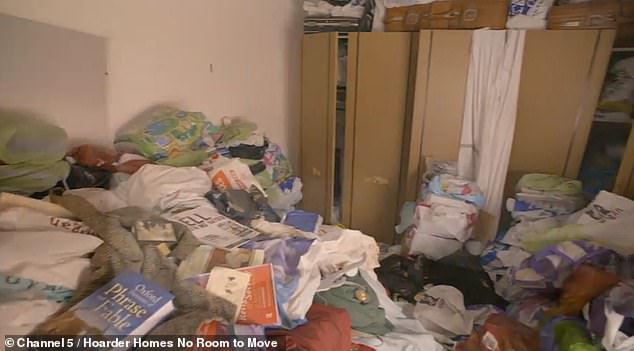 In last night’s Hoarder on Channel 5, cleaner George was tasked with emptying the house of Anne-Marie, a 55-year-old nurse who passed away amongst her hoard (pictured: Anne-Marie’s spare room before)

Peter and Rose lived in a different part of England than Anne-Marie with the pair growing apart over the years.

He said: ‘She was always there to help if there was a problem and she did help us quiet a few times.’

The sisters kept in touch over the phone – but after her calls went unanswered for days on end, Rose rang the police.

Officers broke down the door to the house to discover Anne-Marie’s body in the debris stacked home. 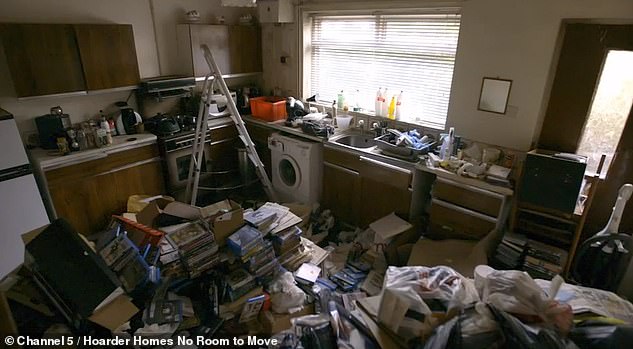 The countertops and floor of Anne-Marie’s kitchen were barely discernible before her passing, after she spent 20 years hoarding 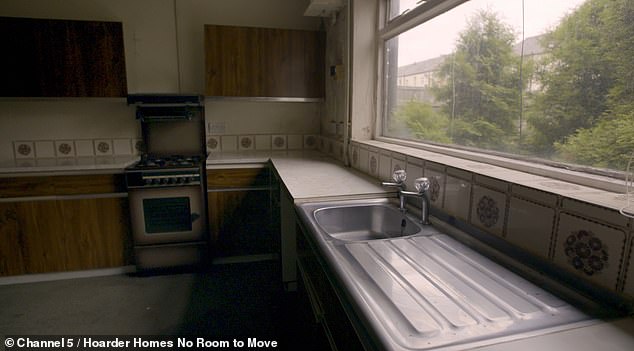 After George’s team were done with removing Anne-Marie’s clutter, the kitchen is finally functional 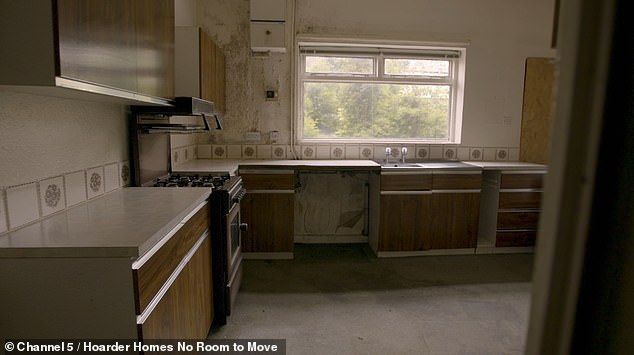 George explained: ‘It’s very common that a hoarder will die alone, will be found amongst their hoard because of the life they lead. A lot of them have no friends, are estranged from their family.’

Anne-Marie’s brother-in-law welcomed George at the house and told him to ‘thread very careful’ as the two men entered the home.

The floor was so cluttered with books and old magazines that opening the main door is a task in itself.

Peter had to climb on mountains of clutter in order to reach the living-room door that lead to the kitchen, and had to slide himself in very carefully in order to fit in through the small passage. 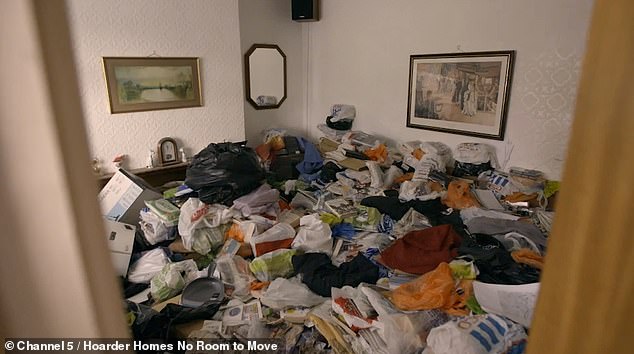 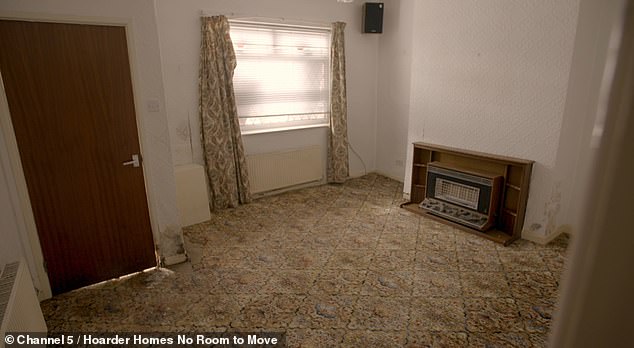 When George came to clear the house, it was impossible to see the floor under the piles of clutter in the living-room (pictured after)

The kitchen and the other rooms of the flat were all piled high with stacks of rubbish.

Meanwhile in the guest bedroom, Anne-Marie stored thousands of unread books, some still with a receipt attached. In her bedroom, there are gowns and coats hanging with the price tag still one.

Calling it ‘a shame’, Peter explained: ‘Anne Marie was smart, she was very intelligent, she got on with people, she was very kind and seemed very, very helpful, but she was very quiet, kept everything to herself.’ 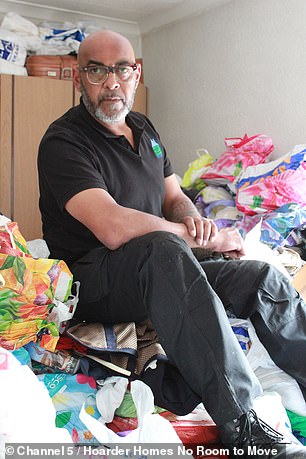 There was is so much clutter that cleaner George, pictured, can stand and sit on the piles of mess without falling

George and his team got working on the colossal task, with Peter explaining what could be salvaged from Anne-Marie’s hoard would be given to charities, and the rest would be discarded.

As he progressed through the piles, George commented that the lower the pile got, the more smells and rubbish could be smelled and seen, which he admitted was ‘unpleasant’.

Amongst the hoard, he finds old biscuit tins and mementos, as well as opened candy and chocolate bars.

After the living-room was cleared, the main task remained to get rid of the 5,000 to 7,000 books George estimates were stored in the spare room.

It took two vans to completely get rid of all the books that Anne-Marie bought but seemingly didn’t read.

‘Shopping is therapeutic for some people and some people don’t know when to stop,’ George said.

On the final day of the clearing job, George explained that he’s found Anne-Marie’s nurse qualification and the deeds of the house which would be given to her family.

Meanwhile Peter said the family would greatly miss Anne-Marie, adding: ‘The phone calls, the weekly chats, the conversations about music and the books, the general chit-chat about what’s going on, that’s what they’ll miss.

‘If we’d have known, we would have helped. It’s sad that we couldn’t have helped her before. It proves that you can meet one person but you don’t know what’s gong on behind that door. They may be in crisis.’

Hoarder Homes No Room to Move airs next Monday at 9pm on Channel 5.