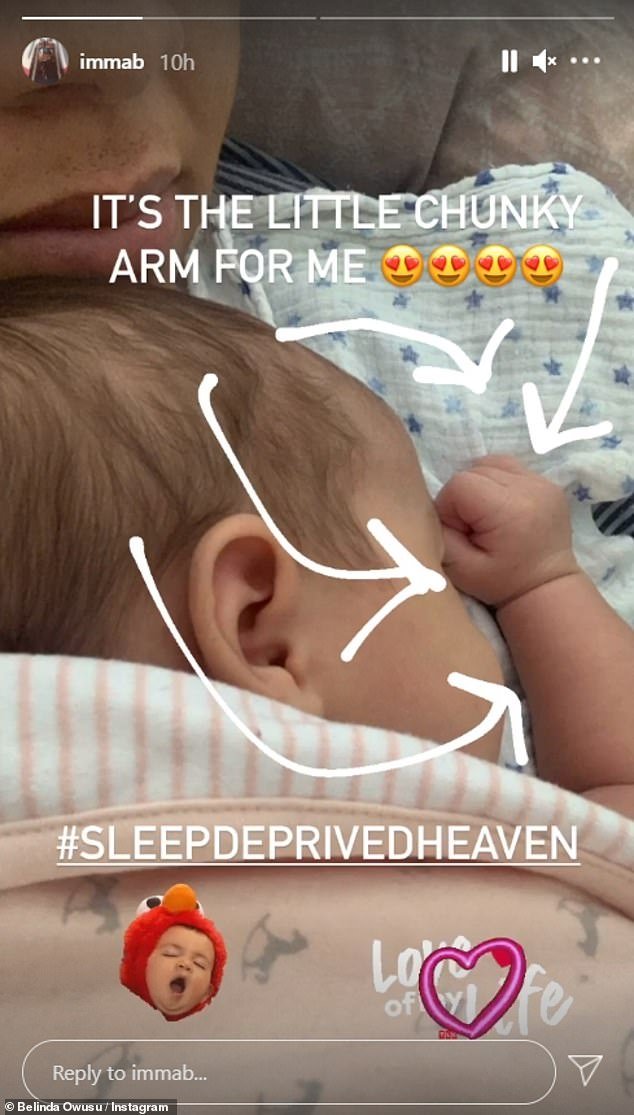 Belinda Owusu has given BIRTH! Holby City and EastEnders star reveals she has welcomed her first child and says she is in ‘sleep deprived heaven’

By Roxy Simons and Andrew Bullock For Mailonline

Belinda Owusu has revealed she has given birth to her first child, who she shares with her partner of 10 years, Michael Mackin.

The actress, 31, who played Libby Fox in EastEnders and portrays Nicky McKendrick in Holby City, took to Instagram on Tuesday to announce her happy news.

Sharing a picture of her little one while they rested on her chest she gushed that she was experiencing ‘sleep deprived heaven’ with the tot.

Congratulations: Belinda Owusu revealed on Tuesday she gave birth to her first child and said she is in ‘sleep deprived heaven’ after welcoming her baby into the world

Belinda also used arrows in the picture to point at her baby’s arm, saying ‘it’s the little chunky arm for me.’

The soap star has not yet revealed her baby’s gender or name to the public, she last appeared on Holby City at the end of March and it is unclear when she might return to the show.

Belinda announced she was expecting her first child when she was 40 weeks pregnant with a post in February.

She took to Instagram to show off her full-term bump, shocking fans with the announcement after keeping her pregnancy a secret. 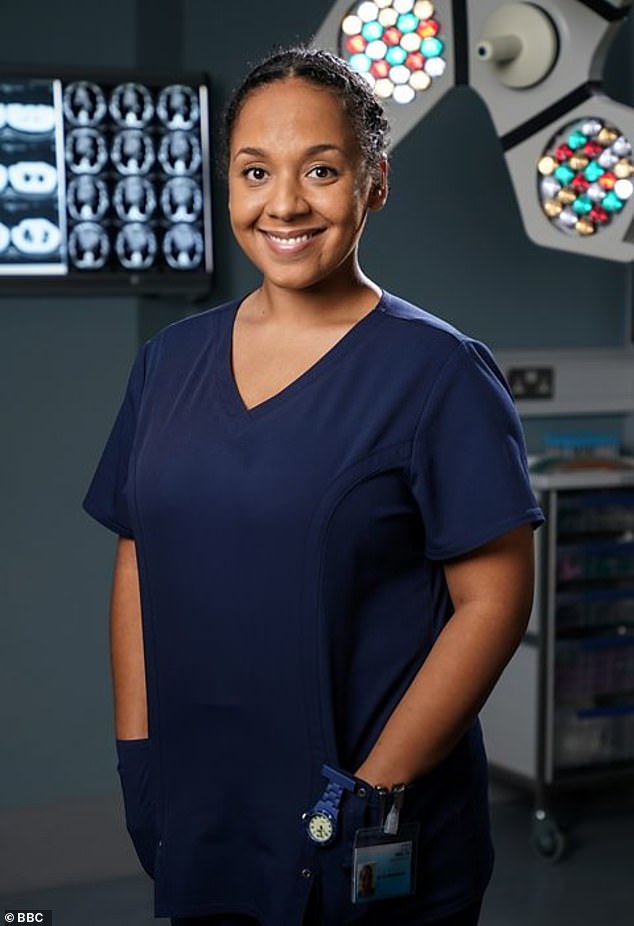 Looking casual in comfy sweats, the soap star grinned widely as she posed make-up free in the post.

Gushing about her child, Belinda wrote in the caption: ‘Ready when you are, kid #40weeks!’