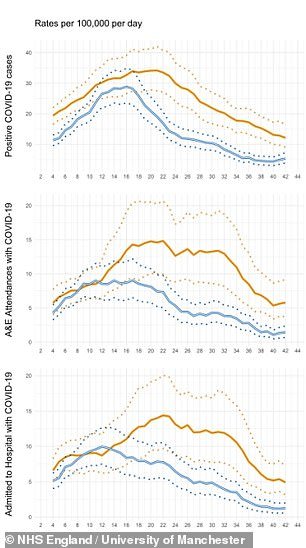 Pfizer’s Covid vaccine has cut emergency hospital admissions for the disease by  three quarters in elderly people, an NHS study has found.

Internal figures showed Covid admissions in A&E were down 76 per cent among vaccinated people aged 80 to 83, and positive tests fell 70 per cent.

The improvements were seen from 35 days after people’s first vaccine doses and based on eight out of 10 getting their second jab within four weeks. Therefore, the findings are not specifically about effectiveness after either one dose or two doses.

Everyone in the study was given the Pfizer vaccine because they were enrolled in December, before the AstraZeneca jab started to be used.

The research comes as NHS England statistics show that over-65s now make up a smaller proportion of hospital patients than they did before vaccines, accounting for 49 per cent in March compared to 70 per cent in December. 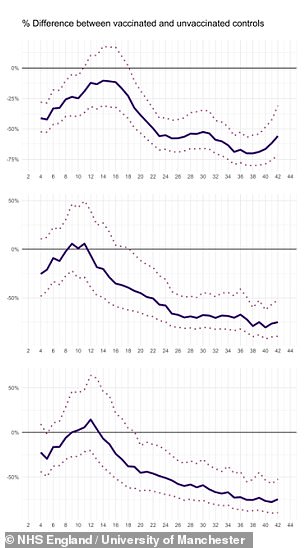 The study found a clear reduction in the rates of positive tests, A&E visits and hospital admissions for Covid for people who were vaccinated (blue line) compared to people of a similar age who weren’t vaccinated (orange line). It found that, as the time since vaccination increased, the effect became stronger (purple line), with A&E attendances and hospital admissions dropping to 75 per cent lower than in non-vaccinated people 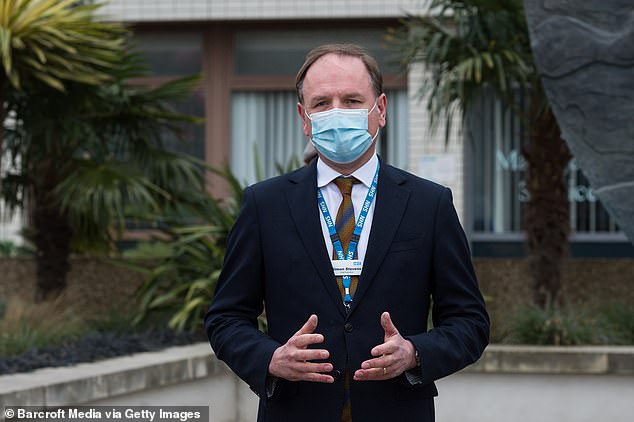 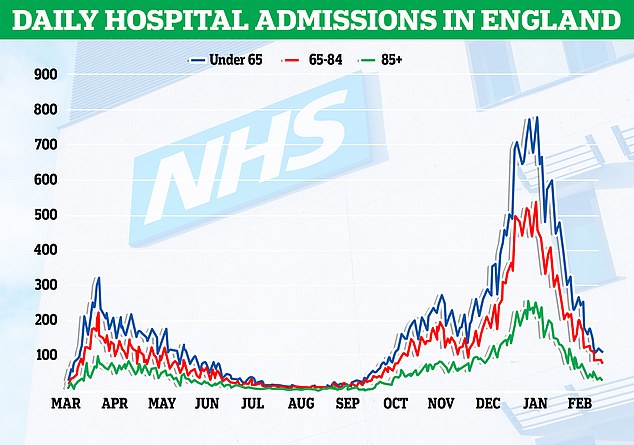 Separate NHS data show that an average of 175 people are now admitted to hospital with Covid each day in England. The number is a fraction of the 4,000 per day at the height of the second wave in January

Sir Simon revealed the three-quarters drop in emergency admissions in a talk with the Health Service Journal today.

The figures came from a study of real-world data by NHS England and the University of Manchester.

The study used figures from 170,000 people aged between 80 and 83 and compared them to those from unvaccinated 76 to 79-year-olds, who weren’t eligible for jabs at the time.

Looking at the risk of being admitted to hospital with Covid, and the likelihood of testing positive for the virus, researchers found both were much lower after vaccination.

The research covered the worst parts of the second wave, beginning on December 15 and ending on February 3.

Nobody in the study had been diagnosed with Covid before it started and they all lived in the community rather than in care homes.

The scientists wrote: ‘The [Pfizer] mRNA vaccine is effective at reducing Covid-19 hospitalisations and infections.

‘The nationwide vaccination of older adults in England with the [Pfizer] mRNA vaccine reduced the burden of Covid-19.’ 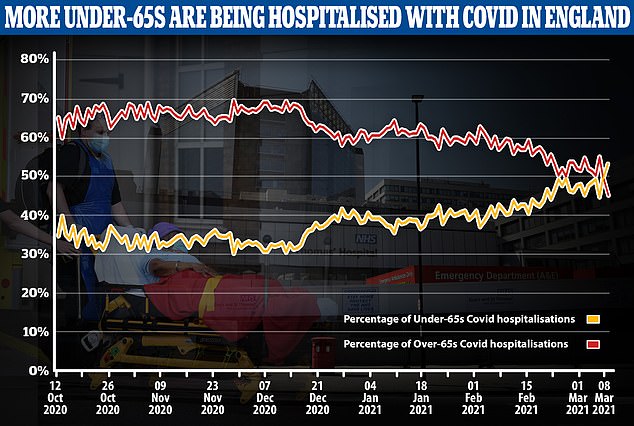 NHS England data revealed 51 per cent of patients in hospital were under-65, compared to 49 per cent in the over-65s age group. The above graph pictures the results 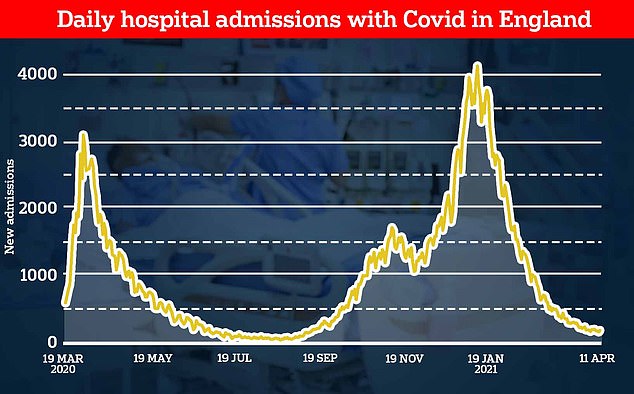 Just 175 Covid patients were admitted to hospitals across England on Sunday, Department of Health data shows. This is the lowest level since mid-September when ministers were happy to allow Britons to sit inside pubs despite no one being jabbed