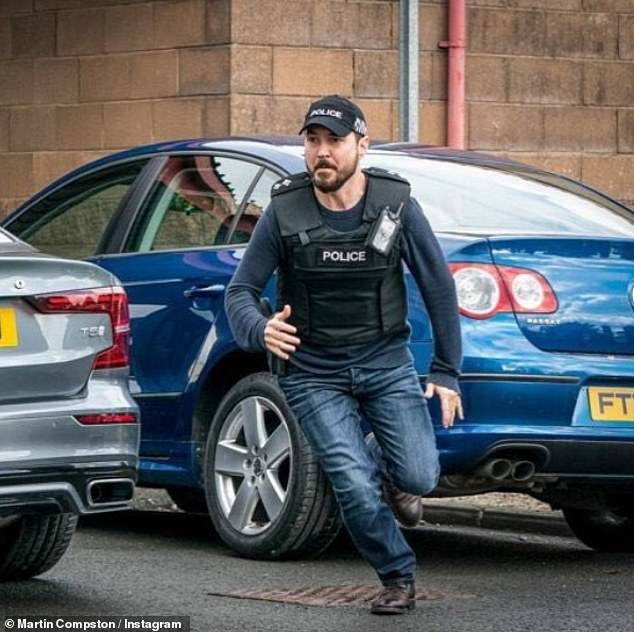 ‘You’ll need therapy at the end!’ Line Of Duty’s Martin Compston warns fans that Sunday’s cliffhanger is nothing compared to what awaits them at the climax of this week’s instalment

By Andrew Bullock and Amelia Wynne For Mailonline

Martin Compston has warned Line Of Duty fans they will ‘need therapy’ by the end of Sunday night’s episode.

Last Sunday’s fourth episode of the current sixth series ended in a dramatic cliff-hanger as it was revealed DCI Jo Davidson (Kelly Macdonald) is related to a mystery person in the police database.

Martin – who portrays DI Steve Arnott – has teased viewers that is nothing compared to episode five’s finale.

The tension’s mounting: Martin Compston has warned Line Of Duty fans they will ‘need therapy’ by the end of Sunday night’s episode

Martin took to Instagram to share a picture of Steve running in full police gear, and captioned it: ‘In all seriousness though if you thought Ep 4 ended on a cliffhanger, you’ll need therapy by the end of Ep5!’

He also joked that he was on his way to buy some more waistcoats – a wardrobe staple for the character – after non-essential shops reopened this week.

The actor, 36, added: ‘Episode 5 kicks off as stores re-open and there’s a sale on waistcoats!’

Tease: Martin – who portrays DI Steve Arnott – has teased viewers that is nothing compared to episode five’s finale 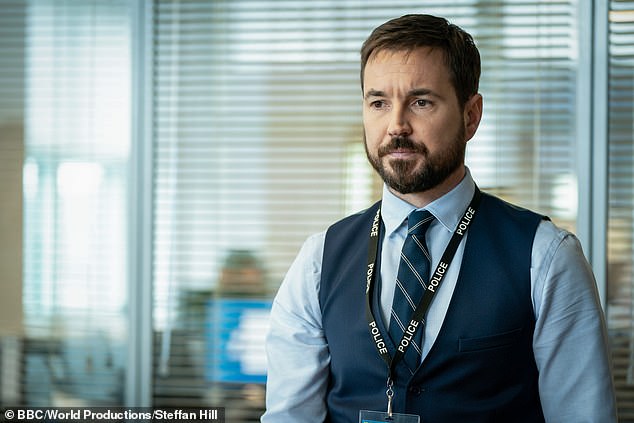 Style: Martin’s character DI Steve Arnott is famous for his smart waistcoats which he wears on every episode of Line of Duty

It comes after a major Line Of Duty spoiler was leaked on Tuesday night by one of the BBC‘s websites.

BBC Maestro inadvertently uploaded a post revealing a brand new character and a key plot twist, which is thought to transpire in the forthcoming next episode of the current sixth season.

The website – which is a hub for budding screenwriters – shared a photo of the new character on a database.