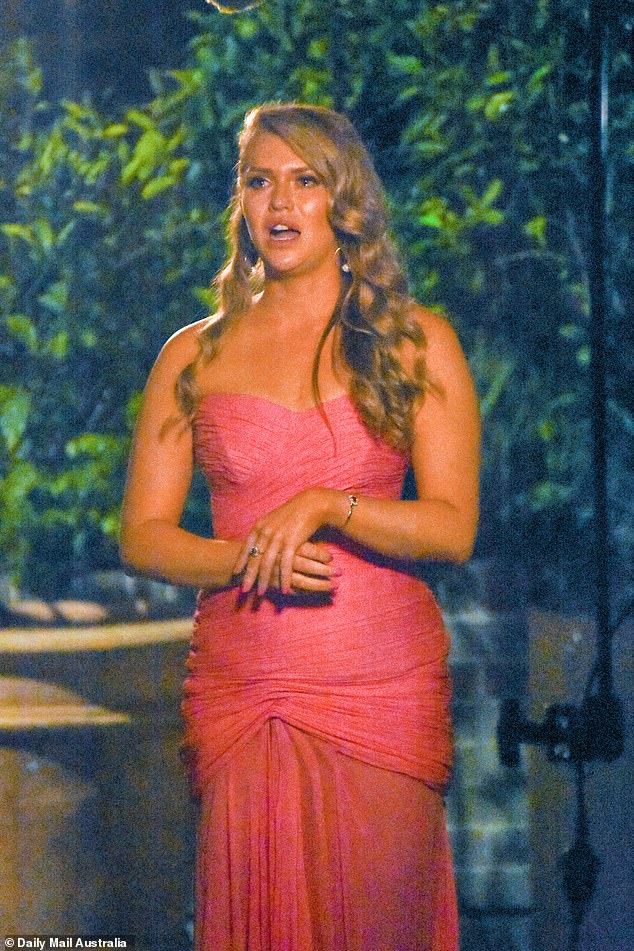 Married At First Sight SPOILER: Leaked footage shows Georgia Fairweather in tears – as being confronted over THAT homophobic leaked video about her ‘husband’ Liam Cooper

Bisexual Married At First Sight groom Liam Cooper was left feeling betrayed after his ex-‘wife’ Georgia Fairweather laughed along in a leaked video of their co-star Jason Engler calling him ‘ugly’, ‘chubby’ and a ‘full-blown homosexual’.

And Daily Mail Australia has now obtained exclusive footage of Georgia, 26, in tears at the reunion dinner party in Sydney on February 10 – just moments after she was confronted by Liam, 30, about the scandal.

The events organiser wiped tears from her face while speaking to producers at the Grounds of Alexandria restaurant, having just tried to Jason, 35, in front of the other participants.

Married At First Sight EXCLUSIVE: Daily Mail Australia has obtained footage of Georgia Fairweather in tears at the reunion dinner party in Sydney on February 10 – just moments after she was confronted by her ex-‘husband’ Liam Cooper about the leaked video scandal

She explained that laughing along while Jason used a homophobic slur against Liam was a really innocent f**k-up’.

‘It’s like one of those things you do and you’re like, “I need to learn from it.” I can’t take it back. It’s all out there now,’ Georgia added. 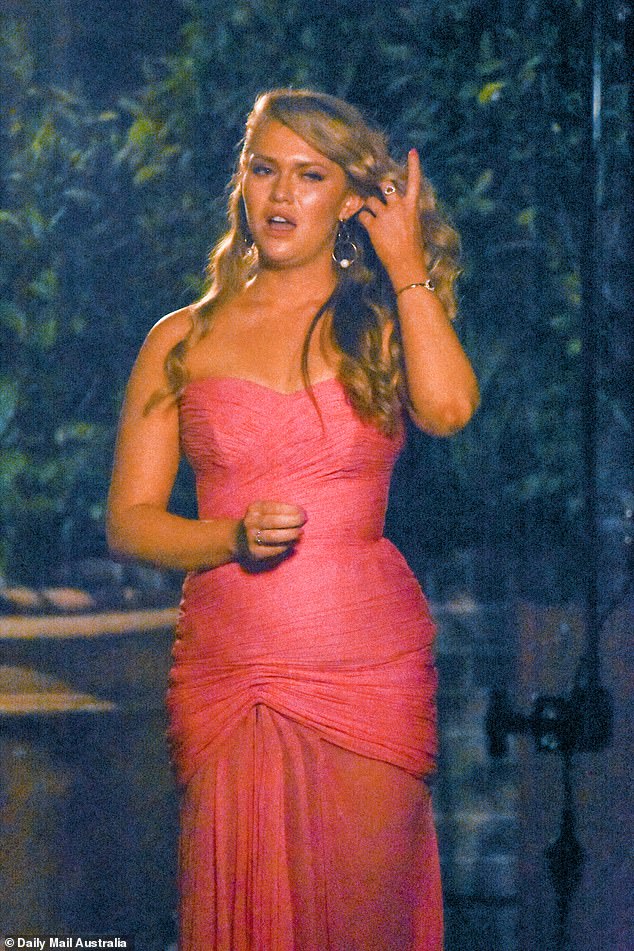 Sorry! In the three minute clip, the 25-year-old events specialist is seen wiping tears off her face as she speaks to producers while filming the show on February 10

Georgia went on to say that while she regretted laughing at Liam in the video, she didn’t feel like what she did was that wrong.

‘I am the most accepting person in the world. I have more gay friends than anyone you will ever meet,’ she said.

The Brisbane native said it was ‘ridiculous’ that Liam was accusing her of lying when she said she accepting him for being bisexual.

‘Liam admitted to Johnny [Balbuziente] that he actually hasn’t even seen [the video] so for him to be coming in so hot and heavy about homophobic comments…’ she added.