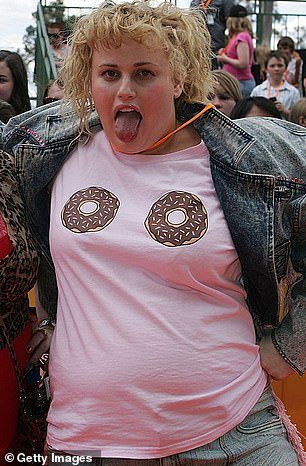 Rebel Wilson‘s humble beginnings on Australian TV are a far cry from her Hollywood stardom today.

And the 41-year-old looked hardly unrecognisable compared to her early career as she filmed a selfie video on the set of reality show Pooch Perfect on Tuesday.

The comedian appeared remarkably polished thanks to a filter and professional makeup, including peachy-pink blush on her cheeks and a rosy lipstick. 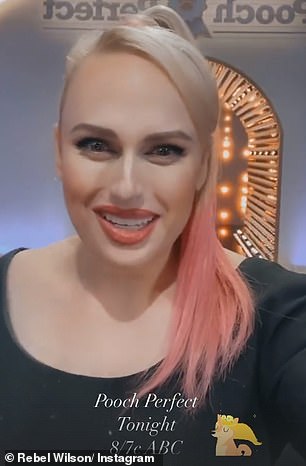 A whole new woman! Rebel Wilson looks unrecognisable in an ultra-glamorous and heavily filtered selfie (right) to her early days in comedy (left in 2008) as she hosts Pooch Perfect in the US

Her blonde hair was also styled up in a chic high ponytail.

The Isn’t It Romantic star used a beauty filter over the selfie that perfected the lighting, and added sheen to her already youthful complexion.

Rebel’s ultra-glamorous social media post, which she made to promote her show Pooch Perfect, is in stark contrast to her days of playing ‘bogan’ characters on Australian sketch comedies in the early 2000s, such as Pizza and The Wedge. 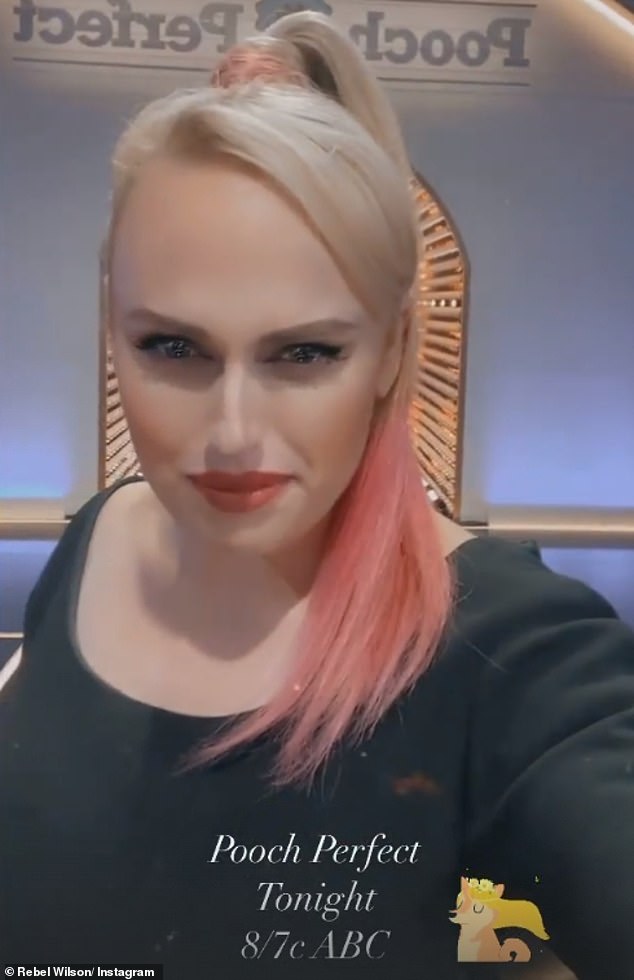 TV ready! The 41-year-old’s ultra-glamorous social media post, which she made to promote her show Pooch Perfect, showed her peachy-pink blush on her cheeks, a rosy lipstick that matched the ends of tresses, which was styled up in a chic high pony tail

One of Rebel’s characters on the show was Leanne, who along with Corinne (played by Kate Jenkinson) are two working class, poker machine playing women, one of whom has a tendency to leave her kids in the car while gambling.