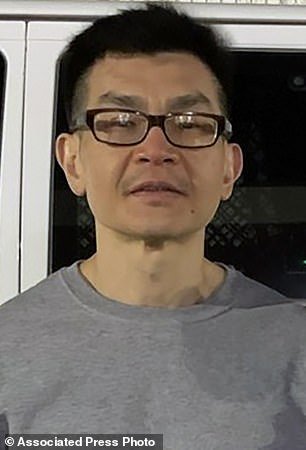 An Indonesian man who conned collectors out of millions by selling cheap wine that he rebottled in his kitchen in a scheme that featured in the ‘Sour Grapes’ Netflix documentary has been deported from the US.

He left on a commercial flight from Dallas/Fort Worth International Airport to Jakarta, according to a statement from U.S. Customs and Immigration Enforcement. ‘He is a public safety threat because of his aggravated felony conviction,’ the statement said. 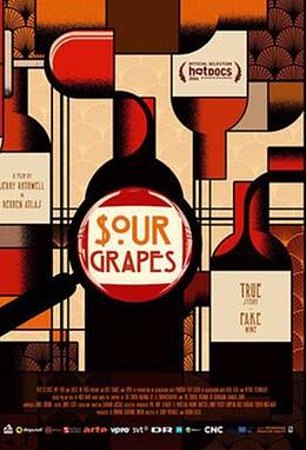 Rudy Kurniawan, 44 (pictured left) was deported to his native Indonesia last week, U.S. immigration officials said on Tuesday, after serving his sentence handed down in 2014. He made millions by selling cheap wine that he rebottled in his kitchen in a scheme that featured in the ‘Sour Grapes’ Netflix documentary (poster pictured right)

Kurniawan came to the United States on a student visa in the 1990s. He unsuccessfully sought political asylum and was ordered to voluntarily leave the country in 2003 but stayed on illegally, authorities said.

Kurniawan, whose family gained wealth operating a beer distributorship in Indonesia, was convicted of mail and wire fraud in 2013 in a New York federal court and spent seven years in prison.

He was deported after being released from prison into immigration custody last November, and after serving seven years of a decade-long prison sentence.

In a public black eye for the wine industry, prosecutors at Kurniawan’s New York trial said he made millions of dollars from 2004 to 2012 by putting less-expensive Napa and Burgundy wines into counterfeit bottles at his home in the LA suburb of Arcadia.

The scheme was recounted in the 2016 Netflix documentary, ‘Sour Grapes,’ and in a March episode of ABC´s ‘The Con.’

Kurniawan’s trial featured testimony from billionaire yachtsman, entrepreneur and wine investor William Koch, who said he was conned and cheated by Kurniawan into paying $2.1 million for 219 fake bottles of wine. 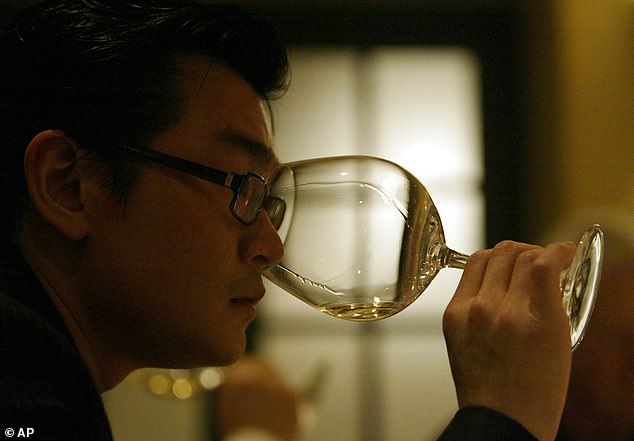 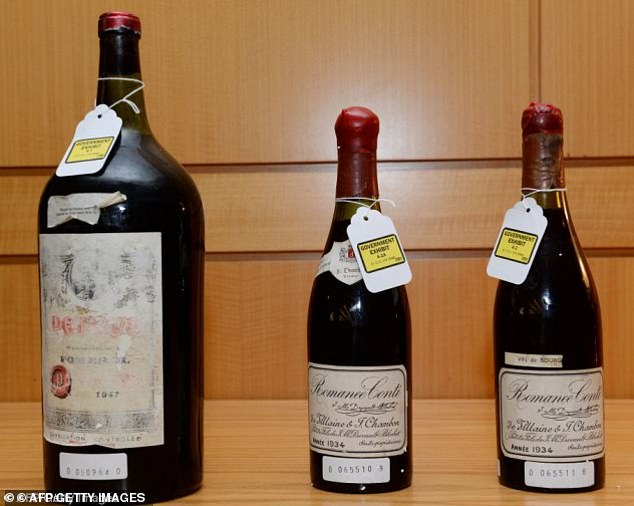 A wine expert testified that 19,000 counterfeit wine bottle labels representing 27 of the world’s best wines were collected from Kurniawan’s property.

An FBI raid on the home in 2012 also turned up hundreds of bottles, corks and stamps.

Kurniawan built a reputation as a buyer and seller of rare wines and netted tens of millions of dollars at wine auctions. Other collectors dubbed him ‘Dr. Conti’ for his love of a Burgundy wine, Domaine de la Romanée-Conti.

In one auction in 2006, Kurniawan sold $24.7 million of wine, a record for a single consignee.

However, the scheme began to unravel after several consignments he submitted for auction were found to be fake.

In 2007, Christie’s auction house in Los Angeles pulled a consignment of what was supposed to be magnums of 1982 Château Le Pin after the company said the bottles were fake.

In 2008, 22 lots of Domaine Ponsot wine valued at more than $600,000 were pulled from a sale amid questions about their authenticity. 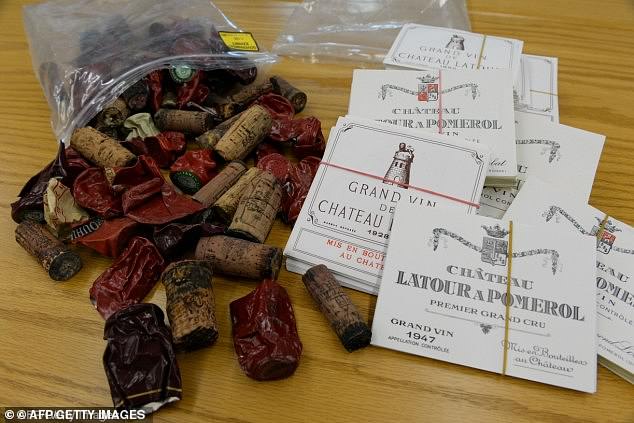 A wine expert testified that 19,000 counterfeit wine bottle labels representing 27 of the world’s best wines were collected from Kurniawan’s property 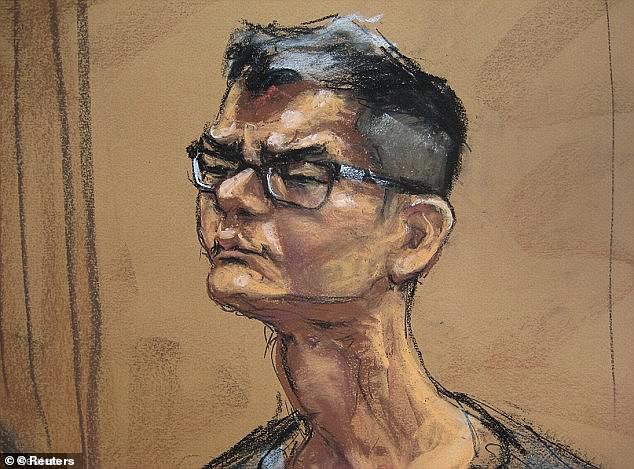 Pictured: A court sketch of Rudy Kurniawan, then-37, who made millions by selling counterfeit ‘vintage’ wine he had mixed in his kitchen

One bottle of Domaine Ponsot that Kurniawan attempted to sell at auction in 2008 was passed off as having been made in 1929, even though the winemaker didn´t begin estate bottling until 1934.

Others were billed as having been bottled at a specific vineyard between 1945 and 1971, even though Domaine Ponsot said it didn´t start using that vineyard until 1982.

Kurniawan also once consigned to an auction more magnums of a 1947 Château Lafleur than were actually produced, prosecutors said.

In all, Kurniawan may have sold as many as 12,000 bottles of counterfeit wine, many of which may still remain in collections.

Prosecutors said money from the fraud funded a lavish lifestyle in suburban Los Angeles that included a Lamborghini and other luxury cars, designer clothing and fine food and drinks. The government seized his assets. 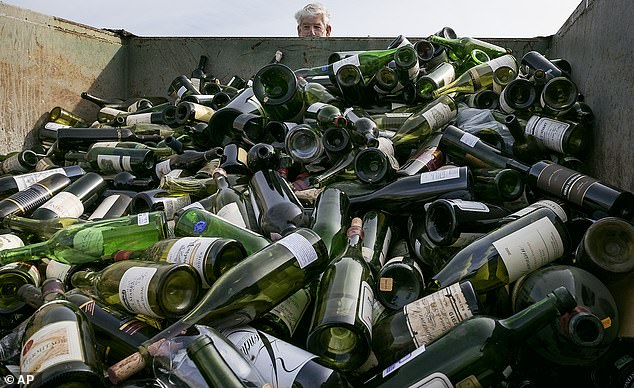 In this Dec. 10, 2015 file photo more than 500 bottles of counterfeit and unsellable wine are destroyed at the Texas Disposal Systems recycling and compost facility in Austin, Texas. The wine is from the Rudy Kurniawan case, the man convicted of fraud in federal court in 2013

At his sentencing, Kurniawan was ordered to serve ten years in prison and pay $28.4 million in restitution to seven victims and to forfeit $20 million in property.

Before he was sentenced, Kurniawan twice apologized, saying ‘I’m really sorry’ and expressing a desire to take care of his mother, who lives in California after receiving asylum.

Kurniawan, who moved to the United States at age 16, had his own request for political asylum turned down, and he was ordered deported in 2001.

He continued to live in the United States after his appeal was rejected in 2003. He was ordered to be deported after serving his sentence.