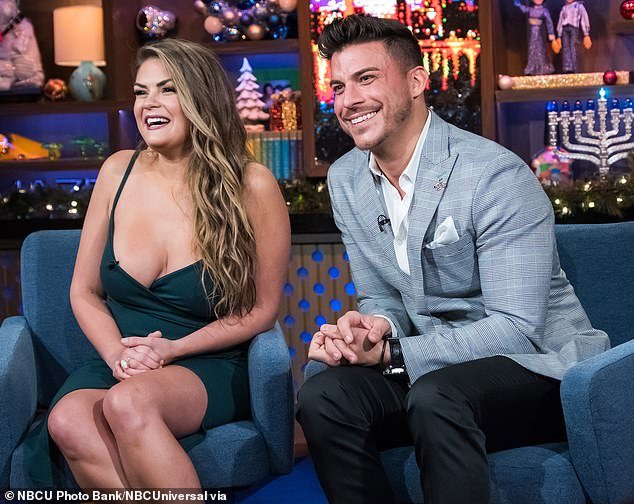 Brittany Cartwright and husband Jax Taylor are over the moon after welcoming their son Cruz Michael Cauchi on Monday, April 12.

But it turns out the newborn’s development from conception to birth did not come easy for the Vanderpump Rules star.

Cartwright revealed on Wednesday that she was in labor for more than a full day, but in the end, got to witness the ‘amazing’ birth in a mirror alongside her husband and mother, who were both in the delivery room.

Beaming: Brittany Cartwright and husband Jax Taylor shared new details of the ‘amazing’ birth of son Cruz, and the first couple of days of being a parent

In a new interview with E News, Cartwright, 32, confessed she went into labor for up to 27-hours.

‘It was one of the hardest things I have ever done, but it was definitely the most beautiful and rewarding thing,’ she said before focusing in on the effect their new bundle of joy has already had on her.

‘It was all so amazing and now having him in my arms I couldn’t imagine life without him!’

The Kentucky native went on to share how she and her husband both cried through the enduring experience, and how Jax was ‘supportive and encouraging’ the entire time. 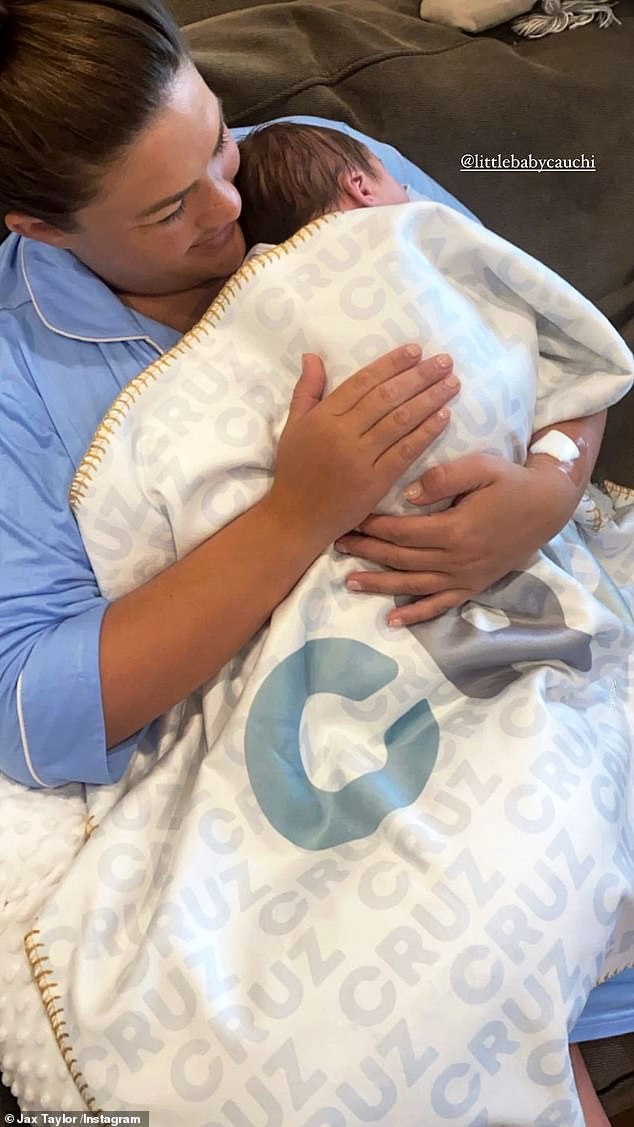 Cartwright, 32, revealed she was in labor with son Cruz for 27-hours, calling it  ‘one of the hardest things I have ever done’

Wanting to witness herself giving the ultimate gift of life as it happened, Cartwright was able to witness Cruz’s birth through a mirror.

‘It was so amazing and motivating to see,’ she said of the birthing experience, which she also got to share with her mother Sherri Cartwright.

‘My mom also got to be in the delivery room with us, which was all so special especially after the close call and tough year she had this year,’ the concerned daughter said in reference to her mother’s bladder and kidney issues over the past year.

‘It was just the perfect day, even when I screamed in pain. Our doctor and nurses at Cedars were absolutely amazing!’ 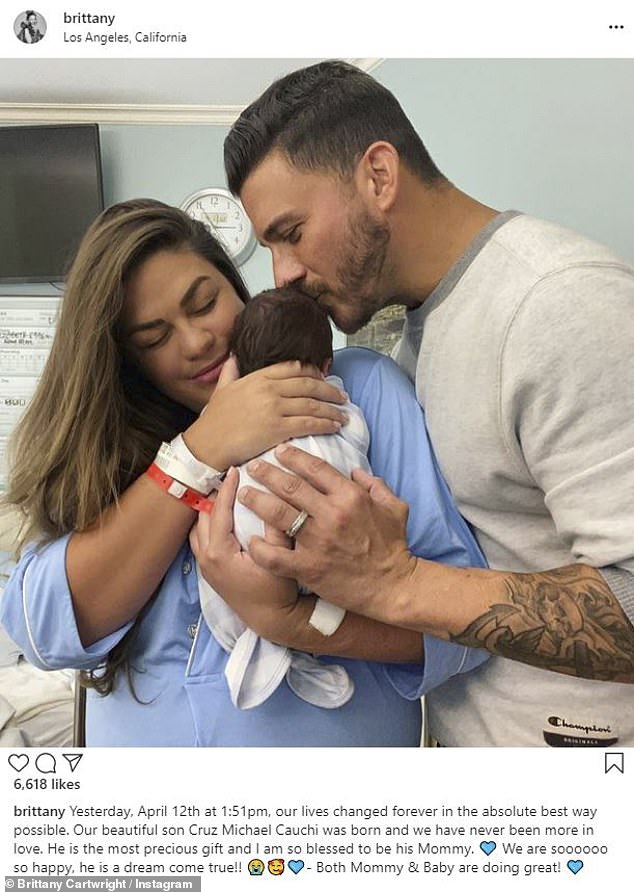 Baby news: Cartwright, 32, and Taylor, 41, announced their Cruz was born on Monday, April 12

Seeing his wife endure 27-hours of labor before Cruz finally decided to make his grand entrance to the world was more than enough to convince Taylor that ‘women are the most amazing creatures on the planet.’