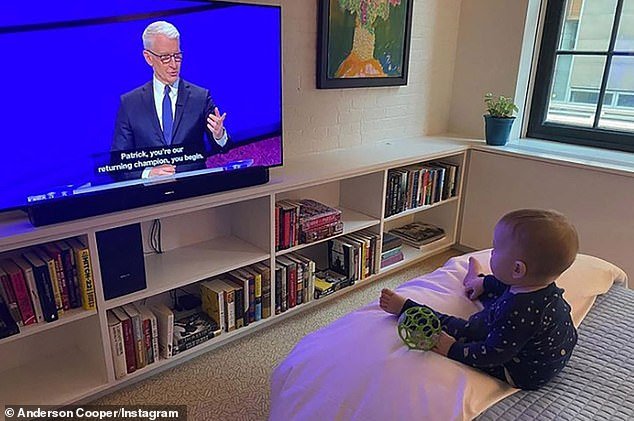 By Rachel Mcgrath For Dailymail.com

But for the next two weeks, Anderson Cooper will be the new celebrity host of Jeopardy.

And on Monday, he shared a sweet photo of his son Wyatt sitting on a bed watching his famous dad on the game show on TV.

It’s daddy: Anderson Cooper shared a sweet photo of his son Wyatt watching him as he made his debut as the next celebrity host of Jeopardy! on Monday

In the caption, Cooper, 53, wrote: ‘Wyatt has never watched tv before, and he wont again for a long time, but apparently he caught a bit of me on @Jeopardy!’

The newsman added: ‘It was a dream come true to be guest hosting, and to pay tribute to #AlexTrebek and raise money for @hashaiti.’

Like his fellow celebrity hosts, Cooper is raising money for a good cause during his hosting stint and the money he raises will be donated to Hôpital Albert Schweitzer Haiti that helps residents of the island nation get the medical care they need. 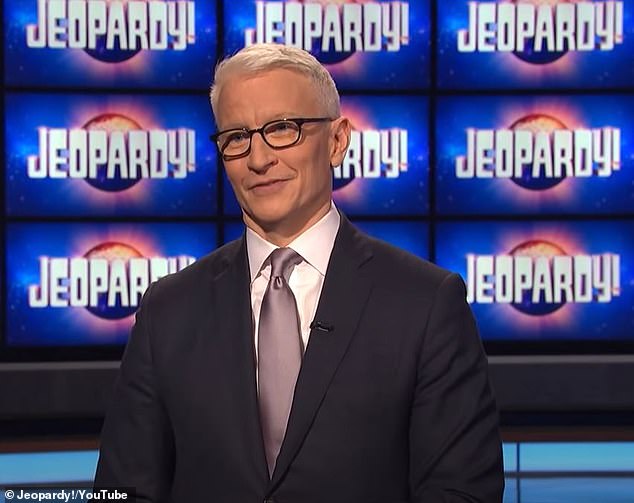 Big shoes to fill: The CNN anchor, 53, will host 10 episodes of the popular game show. Guest hosts were scheduled following the death of longtime host Alex Trebek in November 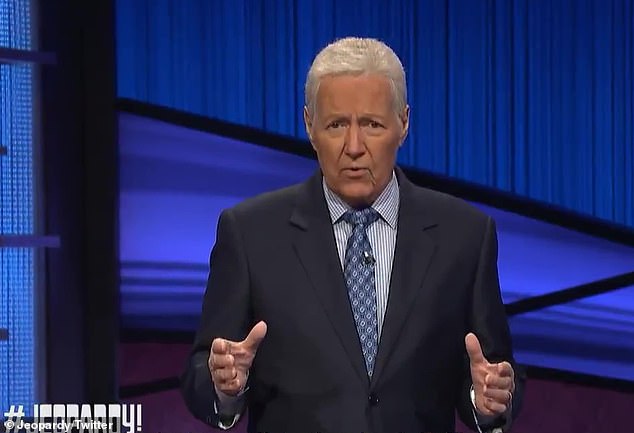 Beloved: Trebek hosted Jeopardy for 37 seasons from 1984 up until his death from cancer at the age of 80

Cooper kicked off the first of his 10 hosting episodes on Monday.

He follows Aaron Rodgers and Katie Couric as the latest celebrity host to be handed the game show reigns following the death of longtime host Alex Trebek in November. 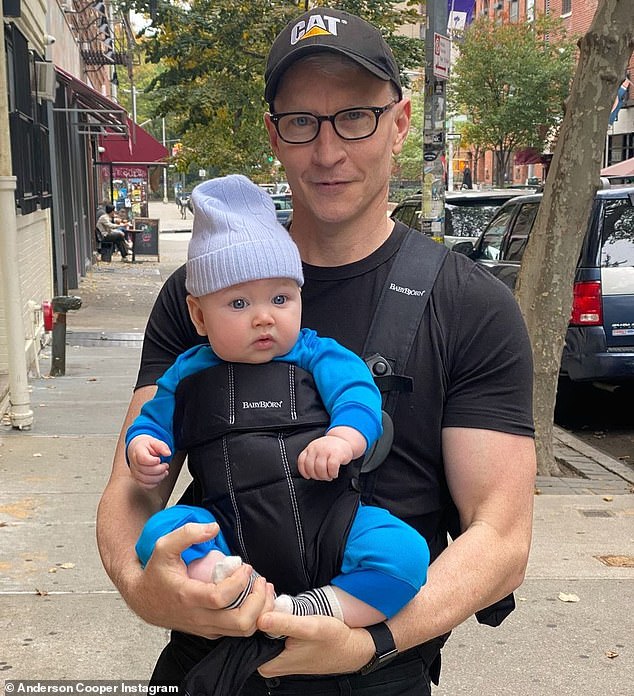 Doting: Cooper welcomed his son via a surrogate on April 27, 2020, and he shares him with his former partner Benjamin Maisani from whom he split in 2018 after nine years together

He shares him with his former partner Benjamin Maisani from whom he split in 2018 after nine years together.

He has previously spoken about the decision, explaining he believes it will be good for Wyatt ‘to have two parents.’ 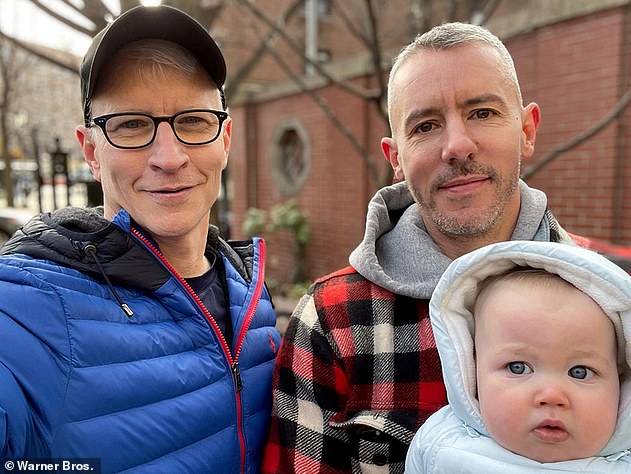 Their boy: Speaking last year, Cooper explained he wanted Maisani to remain involved because he believes it will be good for Wyatt ‘to have two parents’