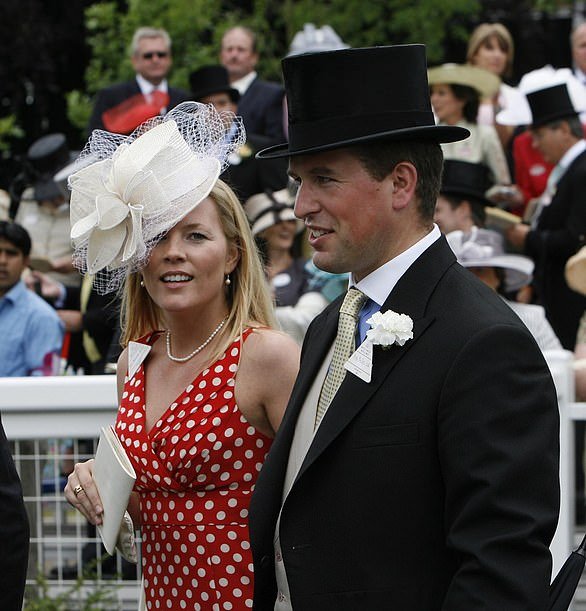 Autumn, born into a normal, middle-class Canadian family, has been taken from a personal assistant to a respected – and much-loved – member of the royal family.

Autumn’s early years are a world apart from the grand royal residences and media glare of her former husband’s – and starts with a modest cottage in Cedar Park, Pointe-Claire, in the English speaking West Island region of Montreal.

The separation of Peter and Autumn Phillips brought an end a 17-year royal romance that reads like a real-life fairytale, one in which Autumn, born into a normal, middle-class Canadian family, is taken from a personal assistant to a respected – and much-loved – member of the royal family. Pictured, the couple at Royal Ascot while they were dating

Autumn was one of three children born to Kathleen and Brian Kelly. Her twin brother, Chris, is a bricklayer and roofer, and their other brother, Kevin, works as a chef.

Autumn’s parents divorced when she was eight and both later remarried. Kathleen, known as ‘Kitty’, to pilot Ron Magos and Brian, an executive at an electricity company, to a woman named Lynne, with whom he had two more children.

Kathleen and Brian sent their daughter to a Roman Catholic primary school.

At her local state school, St Thomas High, Autumn was widely considered the class beauty, and excelled at sport, particularly football and ringette, which is similar to ice hockey.

Classmates remember her being at the centre of a clique of ‘snooty’ young girls, however, who called themselves The Get-Along Gang.

‘They thought they were better than everyone else and could be quite bitchy. Autumn was her own number one priority. She’d throw hissy fits if she didn’t get her own way and could be moody and self-involved. But she did have a generous side and could be a good friend when she dropped her airs and graces,’ recalls one. 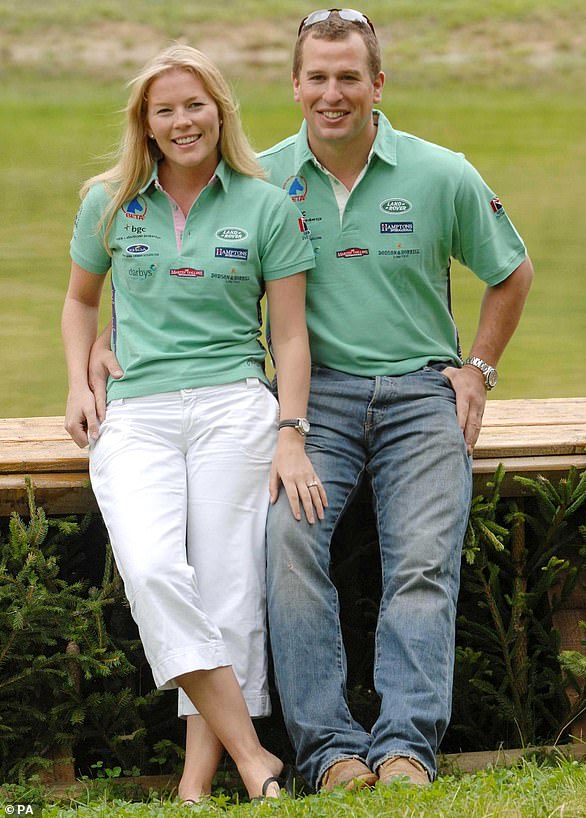 She was also regarded as a party animal, ‘buving’ (the local slang for drinking) and smoking with her mates.

During her teenage years Autumn landed small roles in a Bob Hoskins film and a TV series but ultimately decided to pursue East Asian studies at the city’s McGill University.

After juggling her academics with part-time work as a barmaid and model, Autumn graduated from McGill in 2002.

She is said to have landed a management consultancy job but by June the following year Autumn was working in an events role at the Montreal Grand Prix. It is here she met her future husband, Peter Phillips.

At the time Peter was working in a marketing capacity for the Williams Formula One team and had travelled to Canada for the high-profile event. There is disagreement over where Autumn was working, with conflicting reports suggesting the BMW hospitality tent and as a ‘Budweiser girl’, but one thing is agreed: there was an immediate attraction between the pair. 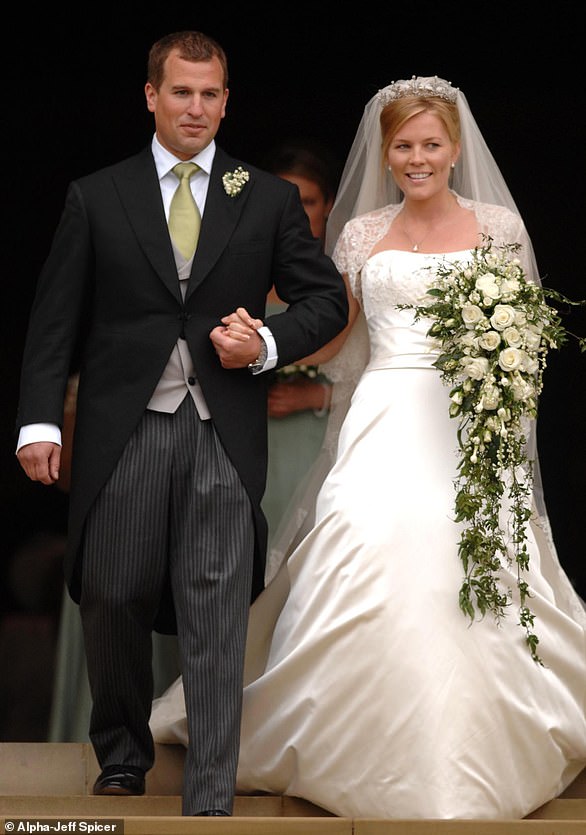 Peter and Autumn Phillips on their wedding day at St George’s Chapel in Windsor on May 17, 2008. They have now separated. The couple sold pictures of their 2008 wedding to Hello! Magazine for £500,000, causing outrage within the royal family

Peter kept his family connections under wraps but Autumn was still charmed by the Englishman. They started a long-distance relationship, speaking on the phone every day, and Autumn travelled to the UK to visit Peter just weeks after meeting. The loved-up Canadian even accepted a job that would take her to England.

However she only discovered her new beau was the Queen’s grandson when she was watching a TV show about Prince William’s 21st birthday and a photo of Peter flashed up on screen. Her mother, who was sitting by her side, reportedly said to her daughter ‘What have you gotten yourself into?’

Despite the shock, Autumn decided to pursue the relationship and took up a position as a personal assistant to Sir Michael Parkinson.

Unlike some other royal couples, the early days of Autumn and Peter conducted the early days of their relationship largely out of the public eye, thanks largely to Peter’s role as a ‘non-working’ royal and lack of royal title.